Interesting Information About the Sea Cucumber

The sea cucumber is a fascinating creature that inhabits marine ecosystems. This article provides some more facts about it.

You are here: Home / Uncategorized / Interesting Information About the Sea Cucumber 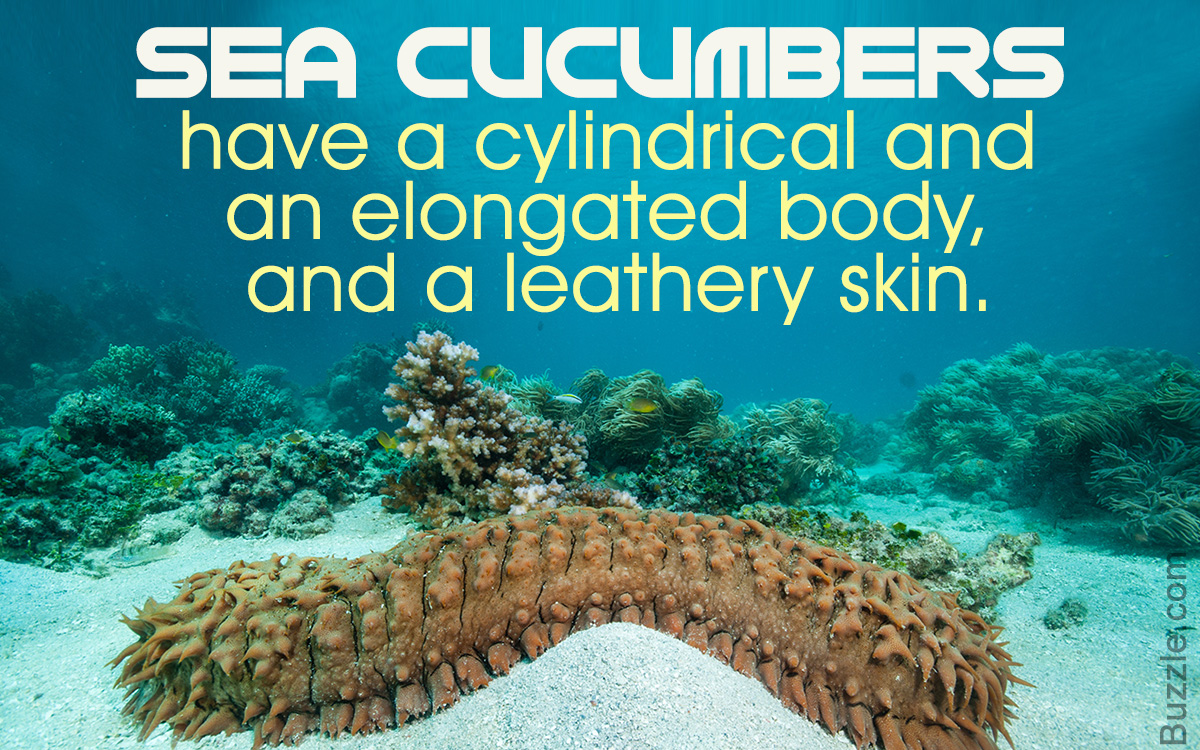 The sea cucumber is a fascinating creature that inhabits marine ecosystems. This article provides some more facts about it. 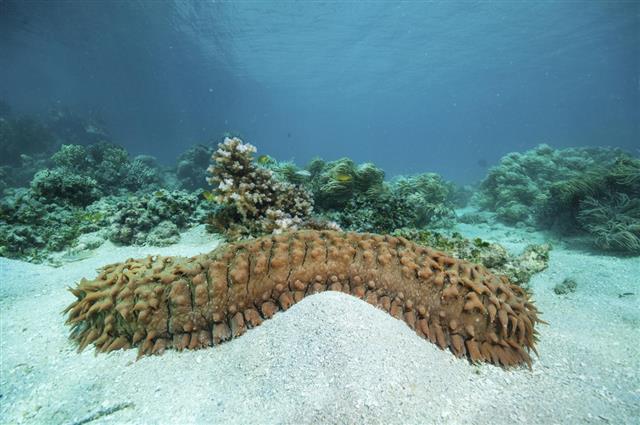 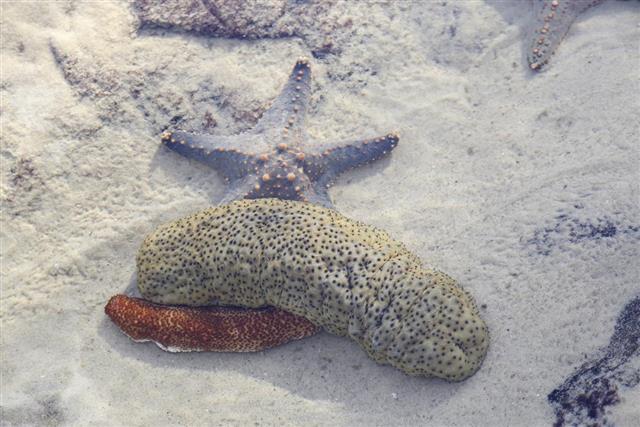 The sea cucumber, or the Holothuroidea, is an echinoderm akin to sea urchins and starfish. It is a worm-like creature which usually has a soft body. It is called a sea cucumber because it does resemble cucumbers. It can be found in practically every marine environment, although tropical coral reefs that exist in shallow water are where it is found in the most diverse abundance. While it only dwells in the oceans, its habitat can range from intertidal areas where it can be exposed when the tide ebbs, to the deepest of the ocean floors. It inhabits the floor of the ocean, sometimes partially burying itself inside it. It crawls across the sea floor using the hundreds of minute suction cups that are present in its tubular feet.

The oldest sea cucumber fossils are of spicules, which date back to the Silurian period, about 425 million to 405 million years back, which makes this echinoderm a very ancient creature. Since then, there has been a considerable amount of diversification that has taken place, with about 1400 species in existence today in various forms. While the adults of some midget species may not be more than a single centimeter, others can measure up to 20 cm in length. One species of large-sized cucumbers, the Synapta maculata, can grow up to 5 m in length. While many of the species can swim, there are even types that live like plankton all their lives, floating with the currents of the ocean.

The three most common types are the white star cucumber, the California cucumber, and the warty sea cucumber. The color of the white cucumber ranges from white to light-orange. It has non-retractable, long spines that cover its body, which can grow up to 4 inches in length. The California cucumber’s color ranges from reddish-brown to brown. Its body is covered with cone-like, pointed projections. This species grows up to 16 inches in length. The color of the warty cucumber is chestnut-brown. It has black-tipped, wart-like growths all over its body. These grow up to 10 inches in length.

Generally, this creature is a scavenger, making a meal of the debris at the bottom of the ocean. Most varieties feed on decaying organic matter that occurs in the sea, tiny algae, plankton, and minute marine animals, which they collect with their 8-30 feet long tubular feet, which surround their mouth and look like tentacles. Sometimes, they also sift through the sediments at the bottom with their tentacles. The food that this creature eats is broken down into even smaller particulate matter, which in turn becomes food for bacteria. This helps in recycling them back into the ecosystem of the ocean.

It has the ability of breeding both asexually as well as sexually. Although, typically it tends to reproduce sexually, it is not a particularly intimate process. Both sperm and eggs are released into the water and fertilization takes place when they meet. For this method of reproduction to be successful, it is important for there to be many creatures in one place. This indeed can be seen in many areas of the ocean depth, where it occurs in large herds, feeding on the microscopic organisms of the aquatic waters.

When threatened, some species have the ability of discharging sticky threads with which they trap their enemies. Other species even go to the extent of mutilating their bodies as a mechanism of defense. They do this by violently contracting their muscles and jettisoning a part of their innards through their anus. These ejected parts of the body are regenerated very quickly.

Various types of fish as well as other aquatic animals prey on sea cucumbers, especially their eggs and larvae. Some Asian people also farm some species for food as well as medicinal purposes.