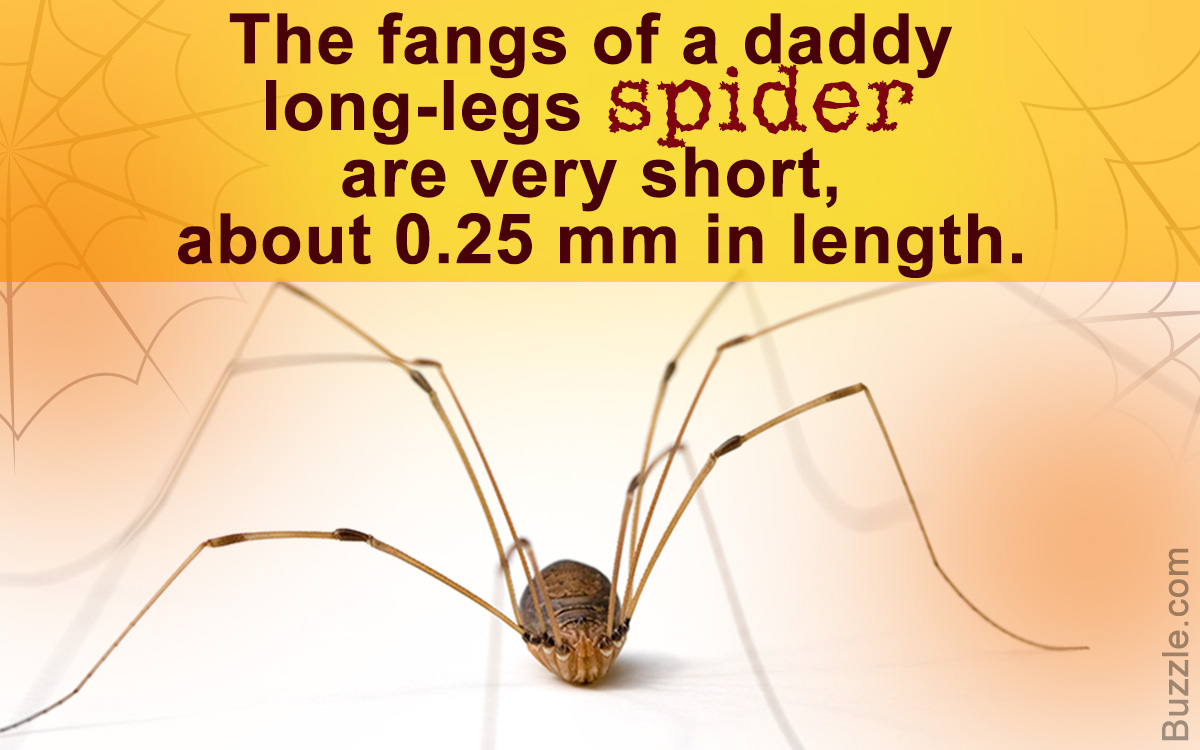 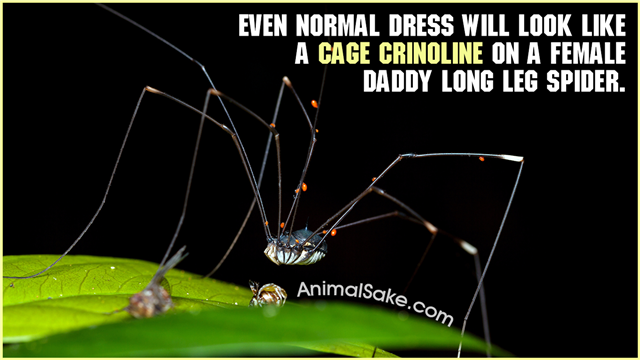 Daddy long-legs spider eats the ends of its own legs, when they grow to become too long.

Daddy long-legs spiders are the common house spiders, which can be easily distinguished by their exceptionally long legs, as compared to the size of their body. They belong to the family, Pholcidae, which has about 80 genera and 1000 species.

Out of these, the most common species is the Pholcus phalangioides, which is commonly known as daddy long-legs spider or cellar spider. The term, ‘daddy long-leg’, is also commonly used for crane flies, which are actually insects in the family, Tipulidae.

In addition to crane flies, another species that is often referred to as daddy long-legs, is the long-legged harvestmen. Harvestmen are arachnids, but not spiders, and they can be distinguished by the structure of their body. They have only one body section, their abdomen and cephalothorax are fused together to form one structure. But, daddy long-legs spiders have distinct abdomen and cephalothorax.

A daddy long-legs spider is usually 2 to 10 mm long, but its legs can grow up to a length of 50mm. The male spider is slightly smaller than the female spider.

The body is usually light gray or brown in color. Some cellar spiders have brown stripes, or chevron marking on the ventral side of their body.

Like other spiders, the body of daddy long-legs spiders can be divided into two parts, cephalothorax and abdomen. The abdomen is usually spherical, or cylindrical in shape.

Cellar spiders usually have eight eyes, out of which six are arranged in two lateral groups, with each group containing three closely clustered eyes. The remaining two eyes are median eyes and are very small.

Some species of daddy long-legs spiders contain only six eyes with no median eye. The eyes are also referred as ocelli.

Cellar spiders have eight legs with dark knee segments, and all the legs are connected to the cephalothorax region. The long and skinny legs of these spiders contain sensors, that can detect movements and vibrations.

Except Antarctica, daddy long-legs spiders can be found throughout the world. Though they prefer to live in damp climates, they can survive in deserts as well.

You are more likely to encounter these spiders in dark and damp places such as, caves, rocks, buildings, and the corners of garage, basements, and cellars, where they can be seen hanging upside down in their webs.

The fragile looking daddy long-legs spiders can help to control the population of insects and other spiders in the house.

These spiders do make irregular and unsightly webs out of silk, but their webs lack adhesive properties. However, the irregular structure of the webs makes it difficult for the trapped insects to escape.

An interesting fact about cellar spider is that, it does not clean its webs, instead, it weaves new webs when the old one becomes dirty.

Whenever a prey enters the web, this spider quickly throws out lengths of silk over the prey from a distance, to restrict its movement. Then it envelops the prey with silk, before inflicting the fatal bite. This trick enables a daddy long-legs spider to kill a prey, that is many times larger than its size.

Daddy long-legs spiders can attack and kill redback spiders, which are known to be quite
dangerous.

Sometimes, a daddy long-legs spider can eat its own kind, especially when the food is scarce.

Cellar spiders have venom glands, as well as fangs, and they use venom to kill and digest their prey. They bite the prey in a softer part and then inject the venom into it.

The fangs of a daddy long-legs spider are very short, about 0.25 mm in length. This type of fang is known as ‘uncate’ fang structure in archaeological terms.

This spider sometimes raids the webs of other spiders, in search of food and can consume the trapped preys, eggs and even the host itself.

Daddy long-legs spiders are known as vibrating spiders. They vibrate rapidly in a spinning motion, while hanging in their webs and become blurred, whenever they feel threatened.

Sometimes, they employ this trick, when they invade the webs of other spiders. The vibrating act helps them to imitate the struggle of a trapped prey and thus, lure the host to them, so that they can attack and consume it.

The species, Pholcus phalangioides, is also known by the name of skull spider, as their cephalothroax region resembles the human skull.

The pedipalps, the small appendages found at the front of the cephalothorax, are the secondary reproductive organs of these spiders. The male daddy long-legs spiders usually have much larger pedipalps than their female counterparts.

The male cellar spiders reach the age of reproduction in one year and usually die after copulating, while the female can live for about 3 years. An interesting fact about daddy long-legs spiders is that, they can breed throughout the year. The male spiders do not transfer the sperms directly. Instead, they make a web, where they secrete some sperm, which is then sucked up and transferred to a cavity inside their pedipalps.

During copulation, the male spider deposits its palps in the female epigynum. The female daddy long-legs spider can keep the sperms inside its body till the time of laying eggs. About 20 to 30 eggs are fertilized at a time, which are clumped together with a few strands of silk. The mother then carries this agglutinated mass of eggs between its jaw, or the pair of fang-like appendages, called chelicerae.

At the time of feeding, the mother attaches the eggs to the web. It takes about 2 to 3 weeks for the eggs to hatch, and the young spiderlings are also carried by their mother in between its jaw. The spiderlings have to go through a series of molts, during which they shed their skin. After several molting, they finally reach adulthood. They leave their mother, when they master the skill of catching preys.

The most widespread myth about daddy long-legs spiders is that, they are the most venomous and hence, dangerous spiders in the world, but their fangs are too short to pierce the human skin. However, there is no concrete scientific evidence to support this myth. It is true that daddy long-legs spiders have venom glands and fangs, but there are no known records of fatality caused by the bites of these spiders. So far, no toxicological studies have been carried out to determine the effect of this spider’s venom in humans and other mammals.

Though the fangs of these spiders are short, they might be able to penetrate the human skin, as other spiders with the same type of fangs, such as brown recluse spiders, are known to bite humans. But, many suspect that there might be some differences in the musculature between these two types of spiders. The muscles around the fangs in brown recluse spiders, are much stronger than the muscles that surround the fangs in daddy long-legs spiders.

But in 2004, the Discovery channel showed a program, called MythBusters, where it was demonstrated that daddy long-legs spiders can actually bite humans. The myth about daddy long-legs spiders being venomous, is believed to have originated from the fact that, they can kill and eat the dangerous redback spiders. However, this tiny spider can kill the redback spider, because of the brilliant tactic that it employs for catching a prey and not due to the toxicity of its venom. 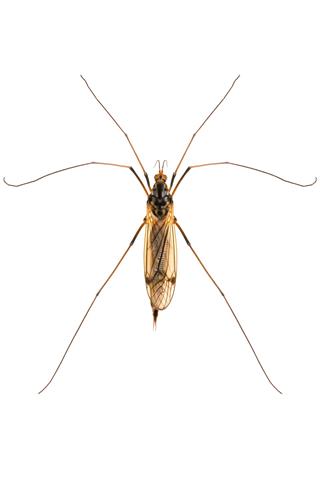 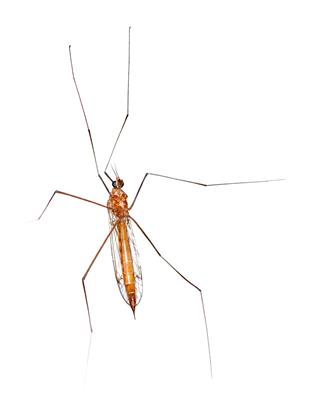 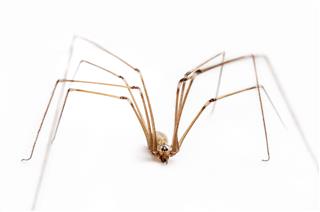 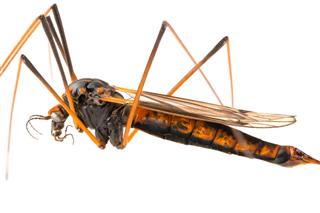