Differences Between the African and Asian Elephants

For starters, they're both huge and gray, but there are a few telling differences between the African and Asian elephant. Allow this AnimalSake post to explain.

You are here: Home / Uncategorized / Differences Between the African and Asian Elephants

For starters, they’re both huge and gray, but there are a few telling differences between the African and Asian elephant. Allow this AnimalSake post to explain.

There exists an innate genetic difference between the African and Asian elephants, which means that these species cannot be interbred. The only known crossbreed between an African and an Asian elephant died at the age of two weeks, despite been kept in utmost medical care.

The elephant is the largest animal to walk the Earth currently, with two recognized species:

These large mammals belonging to the Elephantidae family are the sole survivors of the order Proboscidea―extinct families of the same order include mammoths and mastodons. Ivory trade poses the biggest threat to the survival of elephants on our planet today. The IUCN lists the African elephant as ‘vulnerable’, whereas the Asian elephant is actually ‘endangered’.

This AnimalSake post lists the differences between the African and Asian elephant species, helping you to identify them better.

African elephants are discernibly larger in size. They measure about 8.2 to 13 ft (2.5 to 4 m) at the shoulder.

Afros tend to have a more wrinkled hide, and are mostly colored a darker shade of gray, veering towards black.

Asians have a smoother, relatively wrinkle-free skin which is lighter in appearance.

The trunk has close to 100,000 muscles, which it deftly uses to smell, breathe, trumpet, drink, and grab things―usually a meal. It also has a finger-like grip at the end, which lets the animal grasp its food. The African species has 2 finger-like protrusions at the tip of its trunk.

The Asian elephant has a single finger on its trunk, which probably must be making the food-picking process a little different. These animals have to wrap the trunk around the food item and squeeze it into the mouth, instead of directly picking it.

The shape of their ears completely sets them apart, with the African elephant’s ears being larger, and appear to be shaped like the continent of Africa. The large size of the ears is a unique adaptation, helping the animal release body heat and keep cool under the hot African sun.

No, the Asian elephant’s ears aren’t shaped like Asia, but are much smaller in size, as is evident in the picture. The temperatures in South Asia are relatively cooler in comparison, which gives the elephants here smaller and curvier ears.

SHAPE OF THE BODY

The African elephant’s head is smooth-shaped. The highest point of their body is on the shoulder, with the back concaving from there on.

The Asian elephant’s head has a distinct hump to it. Their back bulges a bit in the middle, giving it a more convex appearance.

Both male and female African elephants have tusks, which are distinctly larger in males. Their tusks are softer and appear to have more rings around them.

In case of Asians, it is only the males who have tusks, with the females having rudimentary versions or none at all. Tusks have lesser rings and are much harder in comparison.

With both species of this majestic animal struggling for survival, the onus is upon us to ensure their well-being. Things can only get worse in the absence of appropriate measures, leaving the elephants to suffer the same fate thought to have pushed the mammoths to extinction―relentless hunting by the humans. 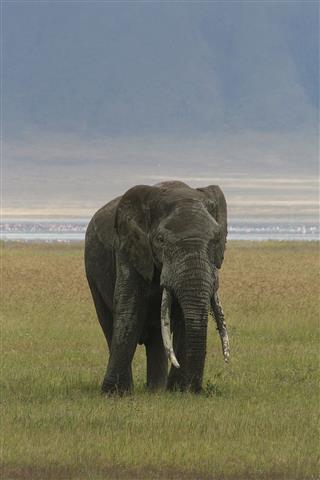 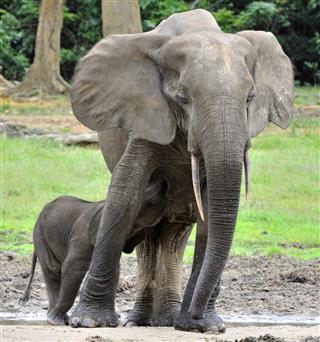 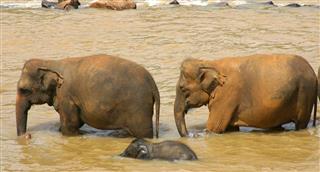 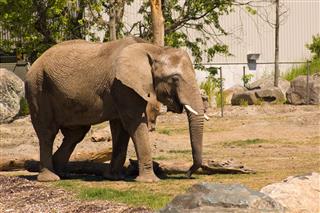