How is a Wallaby Different from a Kangaroo? Read to Know

You are here: Home / Uncategorized / How is a Wallaby Different from a Kangaroo? Read to Know 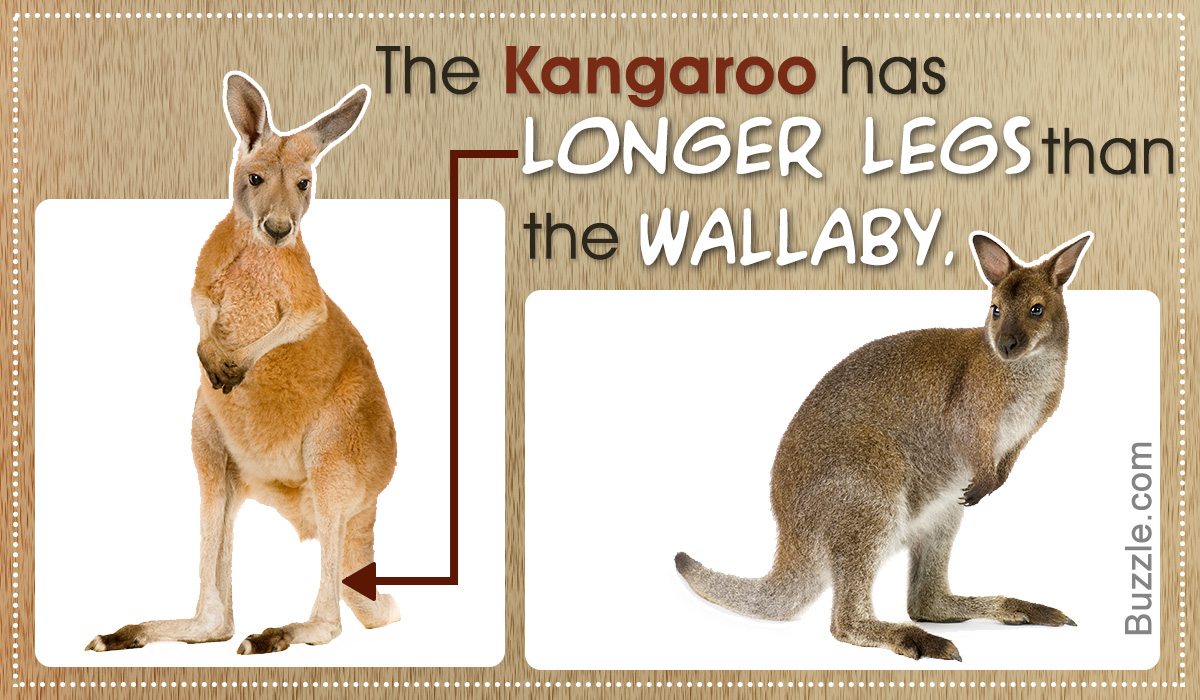 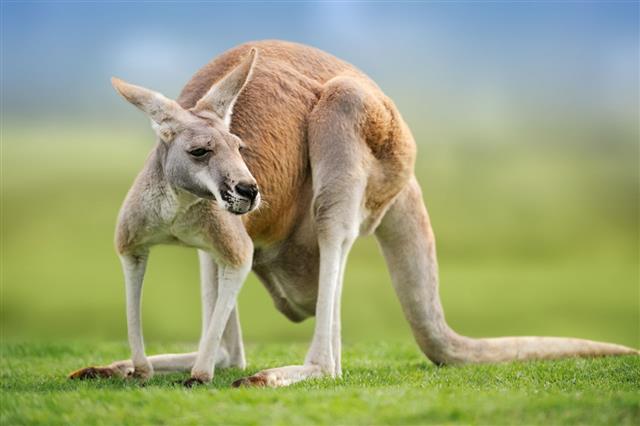 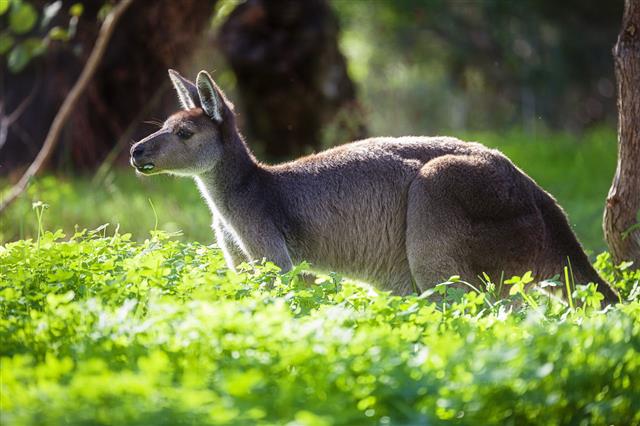 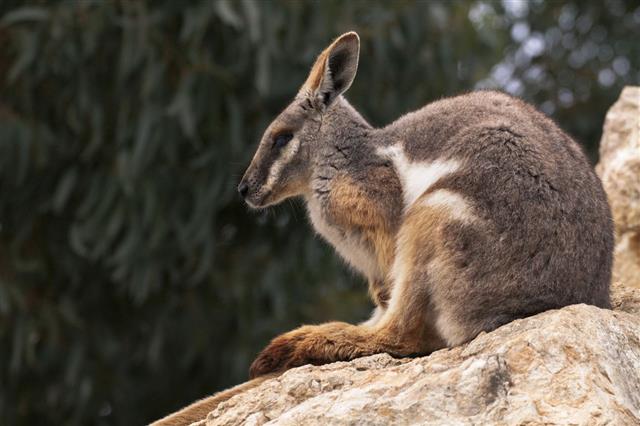 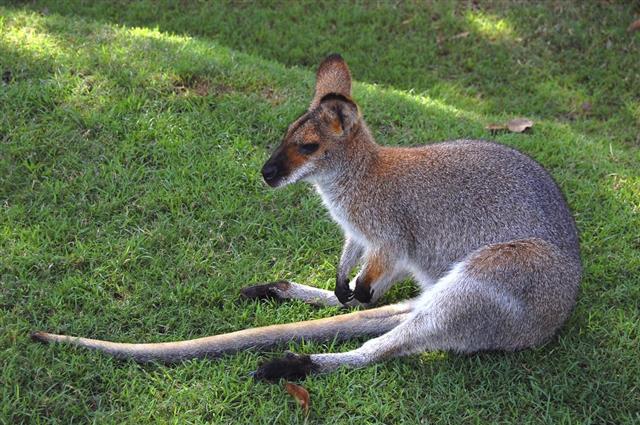 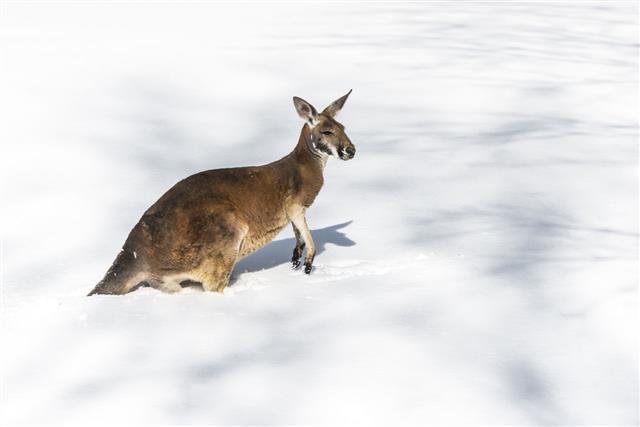 A similarity to begin with…

Both kangaroos and wallabies belong to an infraclass of mammals known as marsupials. The distinctive characteristic of marsupials is that the females give birth to a rather undeveloped young one (called ‘joey’), which is almost in the fetal state. The joey crawls into the mother’s pouch, where it remains for up to a year until it develops completely.

Kangaroos and wallabies are native to Australia and neighboring Papua New Guinea. They are essentially marsupials belonging to a small group of animals called macropods. Why macropods? Because the word macropod actually translates to ‘big foot’. It perfectly describes animals which have hind legs that are larger than their forelimbs, along with large hind feet. Their long and muscular tail helps them balance their body.

Kangaroos and wallabies have more similarities to share among them than differences―although some rather apparent points of distinction do exist.

Wallabies are smaller than kangaroos.

Wallabies are diminutive in size, measuring an average of 12 to 41 inches, without measuring the tail. If one factors in the tail, the largest wallaby can measure up to 1.8 meters. Depending on their size, their weight ranges between 4 to 53 lbs.

The red kangaroo is the largest marsupial on the planet, easily measuring 2 meters in height. Other species like the eastern gray and the western gray kangaroo are slightly smaller. These animals easily notch up about 200 lbs on the weighing scale.

Both are colored differently too.

Wallabies are more vivid in appearance, with a coat that is brighter with two to three different colors. The red-necked wallaby, for instance, has a grayish body teamed with reddish markings around its shoulders.

The kangaroo’s coat is more staid in comparison, and is uniformly colored all over the body. The red kangaroo has the brightest coloring among them all, but it still lacks the multicolored shading common to a wallaby.

They do not inhabit the same areas.

Wallabies prefer to inhabit the forested regions of Australia. The species are even grouped on the basis of their habitat―shrub wallabies, brush wallabies, and rock wallabies.

Kangaroos are mostly found in the treeless, open savannas and woodlands. They are quite adaptable, and several subspecies are found across Australia, besides their preferred habitat.

Their teeth are not alike.

Wallabies, being forest dwellers tend to feed on leaves, which need a lot of crushing and grinding. This has resulted in wallabies having flatter molars and premolars.

The meal of a kangaroo comprises grass, which needs to be cut and sheared. Their teeth are, therefore, curved and ridged especially suiting the purpose.

And so are their legs.

A wallaby’s legs are shorter and more compact, which seem to be in proportion with respect to their overall size.

A kangaroo has legs that are quite long between the knees and ankle. Also, their knees appear to be quite pronounced as compared to those of a wallaby.

Both wallabies and kangaroos have several species among them, which means that some of these points of distinction may not be applicable to each one of them. However, these points are a good go-to guide for understanding the basic differences between the two. 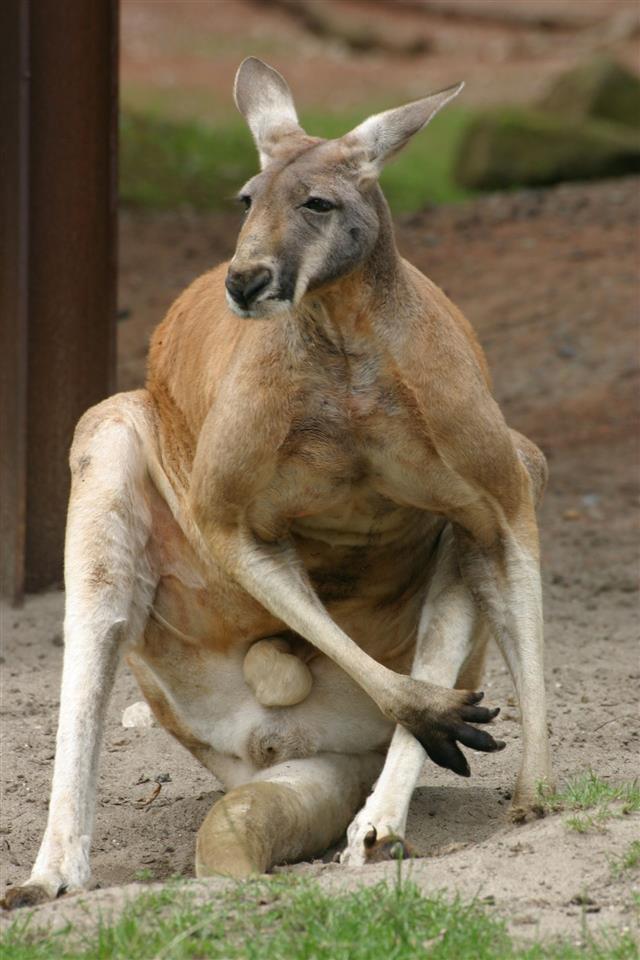