Check Out These Beautiful Pictures of Different Types of Sponges

Sponges are aquatic animals which mostly inhabit the marine environment. However, some of them are also found in freshwater reservoirs. As per Animal Kingdom hierarchy, sponges come under phylum Porifera. Hence, they are also referred to as 'Poriferans'.

You are here: Home / Uncategorized / Check Out These Beautiful Pictures of Different Types of Sponges 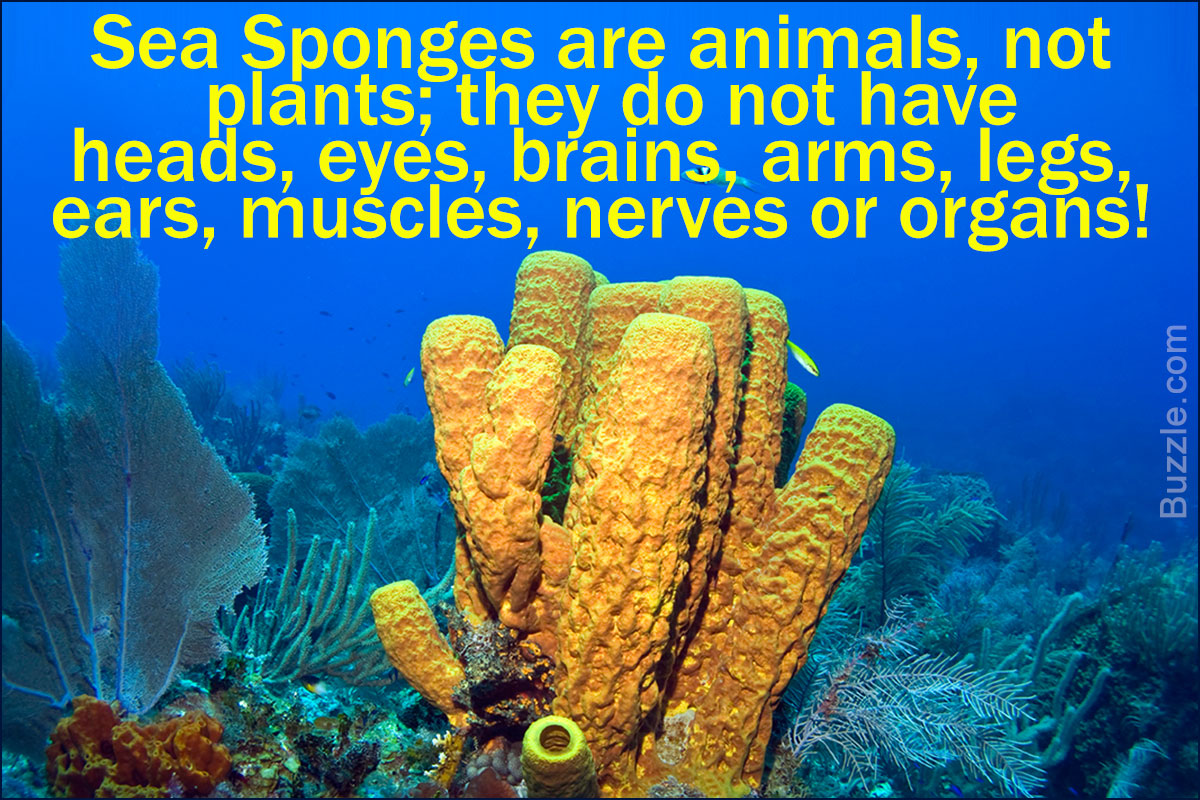 Sponges are aquatic animals which mostly inhabit the marine environment. However, some of them are also found in freshwater reservoirs. As per Animal Kingdom hierarchy, sponges come under phylum Porifera. Hence, they are also referred to as ‘Poriferans’.

The phylum Porifera is named so because the species grouped under it are characterized by the presence of pores in their body. These pores lead to channels or tubes that allow the passage of water and fluids.

Sponges don’t have a definite form. Their body is delicate and filled with mesohyl, a jelly-like substance. Being aquatic creatures, the sponges can absorb water, oxygen, other fluids and food with relative ease than other animals. Sponges appear more like plants however, in reality they are animals that belong to the phylum Porifera.

An interesting point to note about sponges is that they don’t have a well-developed digestive system, circulatory system or nervous system. These organisms extract food from water that enters their body through pores. Since sponges need substrates (platforms/base) like rocks to remain rooted to the surface in oceans, they are also termed as sessile – sedentary creatures. There are more than 7000 species of sponges in the world and it is likely that more will be discovered in the future. The major species of sponges have the following forms: encrusting-sheets, mounds, tubes and upright-sheets.

Sponges are known to feed on bacteria. However, in few cases microbes may live inside the body of sponges as endosymbionts – an organism living in symbiosis with its host and inside its body. Some of the sponges turn carnivorous where food is scarcely available. 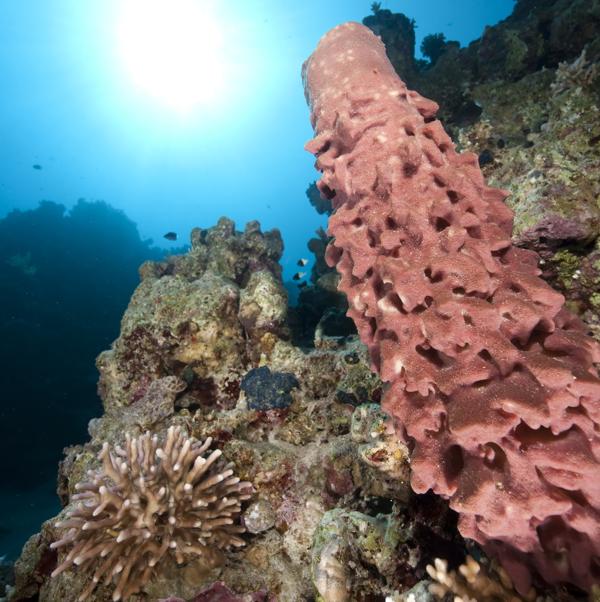 Sponges are mainly classified on the basis of their structure or external characteristics. For example, spicules prove to be an important feature for distinguishing between different species of sponges. Spicules are known to reinforce the mesohyl. Different types of sponges or classes formed due to the reinforcement process are described below.

The demosponges, just like calcareous sponges are made up of spicules; however, in demosponges, spicules are formed of fibers produced from a protein called ‘spongin’. They are largest of all sponges and form 90% of their total number. Demosponges live in warm as well as cold areas of oceans. Some of the demosponges reproduce sexually while the others asexually.

These organisms exhibit great variety of form and are much more diversified than other classes of sponges. Asexual reproduction takes place by means of gemmules and budding. Gemmules are internal buds present in sponges that are capable of developing in favorable conditions; they remain dormant in the absence of favorable conditions. According to Mr. Gordon Love, a scientist from California University, demosponges came into existence as early as 635 million years ago i.e. during the Neoproterozoic era.

The different types of glass sponges make up the class Hexactinellida. These sponges are of rare occurrence in nature. Generally, they are found at great depths (450-900m) in oceans. Their body is cup-shaped; the spicules present on their body are made up of siliceous compounds. Glass sponges can live for 15,000 years which places them amongst longest living creatures on earth (Posidonia oceanica, a seagrass is the longest living organism with a lifespan of about 200,000 years). The glass sponges are very sensitive to external stimuli. They are capable of reacting quickly owing to the electric impulse they generate.

There is another criterion for classifying the glass sponges, which is their ability to build reefs. Different types of glass sponges are described below.

Reef-Building Sponges:
They are formed of funnel-shaped Heterochone calyx or Finger Goblet Sponge which grows up to 1.5m in height. Reef-building sponges have shades of yellow and white. Other two species of reef-builders are the Aphrocallistes vastus, also known as Cloud Sponge and Farrea occa. The unique characteristic of Cloud sponges is their mitten-like outgrowth. They are funnel-shaped and have a height of 2m. Farrea occa is the biggest of all reef-building sponges and attains a height of up to 15m. 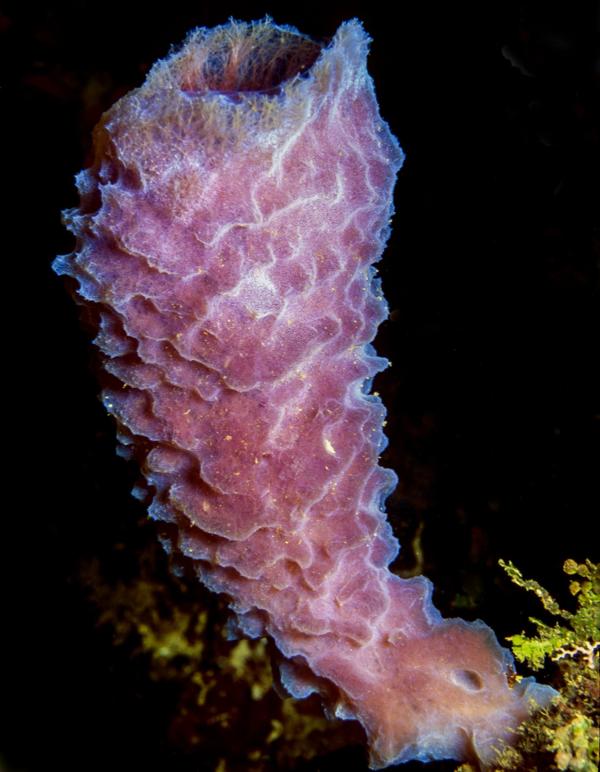 Sponges from this group are mainly found in the region surrounding the Caribbean islands and the coast of Florida, USA. The vase sponges can grow up to 40-60cm in diameter. This kind of sponge is found in different shades of brown, red and purple. Scientific name of this sponge is Ircinia campana.

Azure Vase Sponge: The Azure Vase Sponge is characterized by a tubular and vase-like shape. Its outer surface is marked with pits and network of grooves. These sponges can grow up to 30cm in length. Pits found on the surface of Azure Vase Sponges are 0.5 to 1cm in diameter.

Strawberry Vase Sponge: These sponges are mainly found in areas surrounding the Caribbean islands. The strawberry vase sponges are found in oceans at a depth of 15-40 meters. 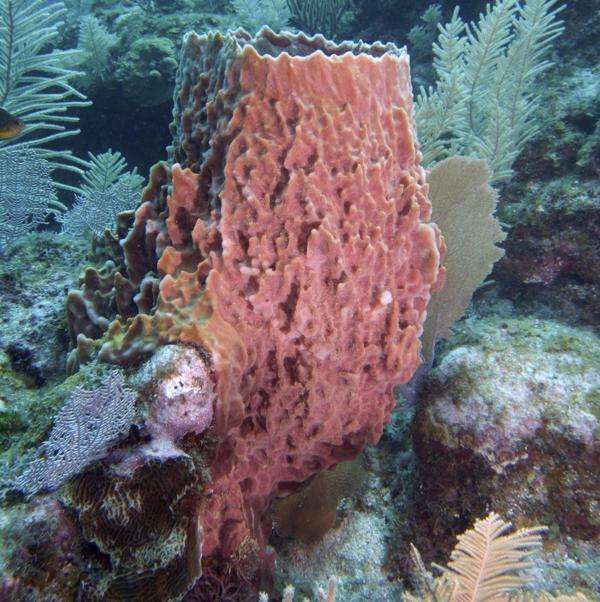 The barrel sponge can grow up to 1.5m in length. This kind of sponge is known by names like Volcano Sponge, Siliceous Sponge and Great Barrel Sponge. An adult human being can easily fit into the barrel-shaped structure of this sponge. One of the special features of this sponge is that its surface is marked with deep ridges. 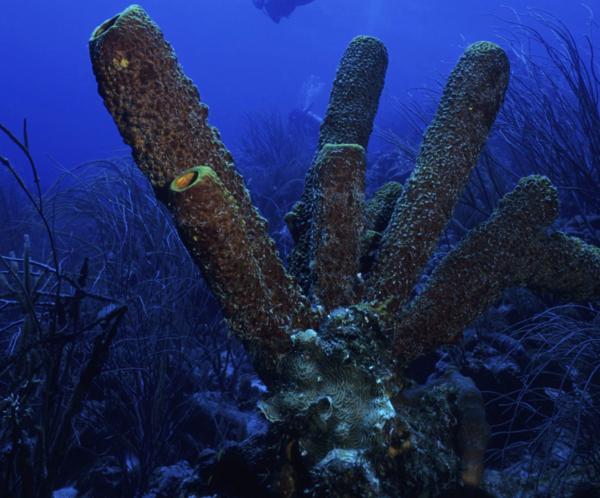 The tube sponge, as the name suggests, is formed of thick-walled and tube-like structures that are connected at the base. The kind of sponge grows up to 1m in length. The stovepipe sponge, a type of tube sponge possesses a tubular body. It grows up to 150cm in length. All the tubes of this sponge, which constitute a stovepipe structure, are connected at a single, narrow base. These sponges are known to release toxic chemicals to deter their predators. 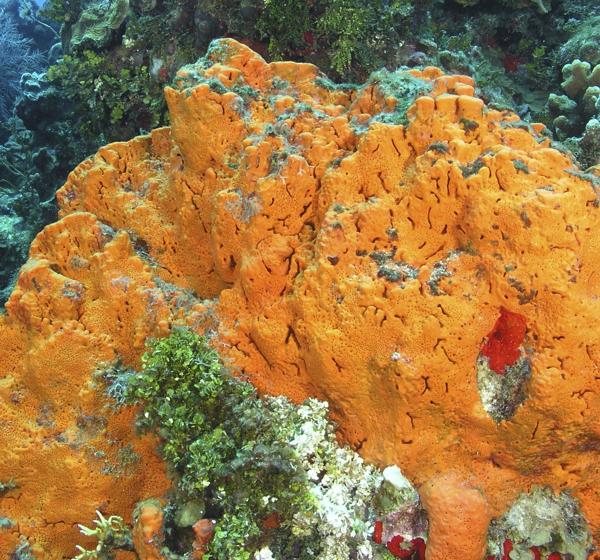 This demosponge is found in areas surrounding the Caribbean islands, Florida (USA) and Bahamas. Surface of this demosponge is reddish orange in color. However, beneath the surface, its orange color is paler in comparison to that of the outer skin. Color of the orange ear elephant sponge varies greatly. One can also find shades of brown and red in the orange elephant sponges. These sponges are lobate to rounded in shape and their width ranges from 5-30cm. 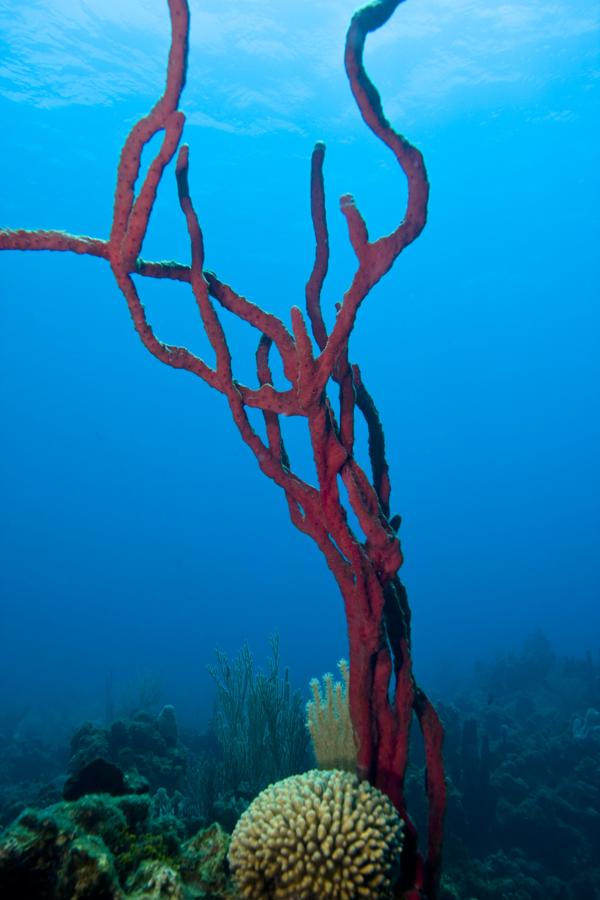 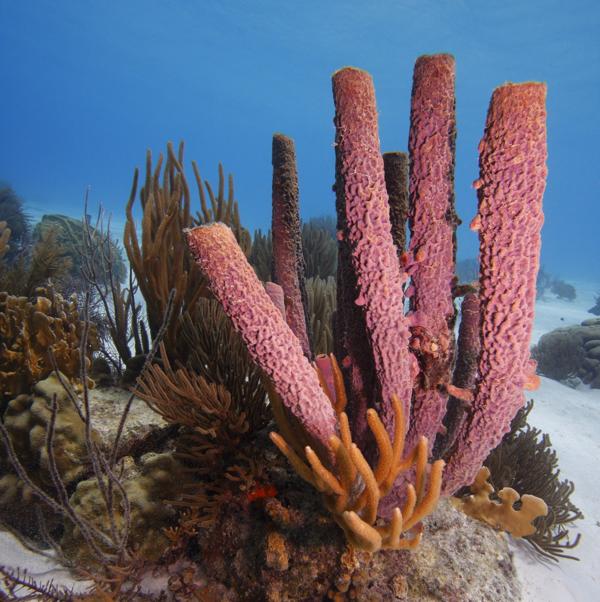 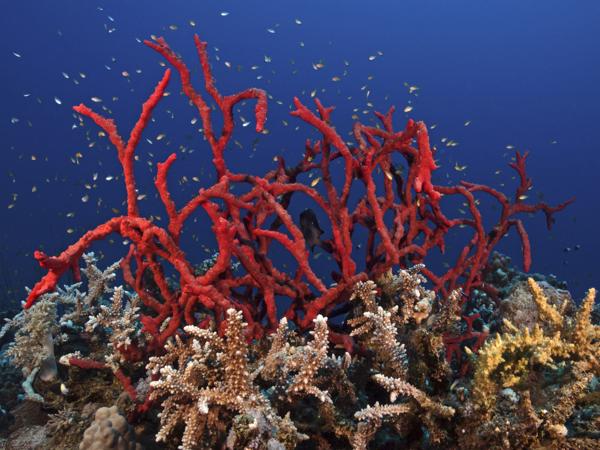 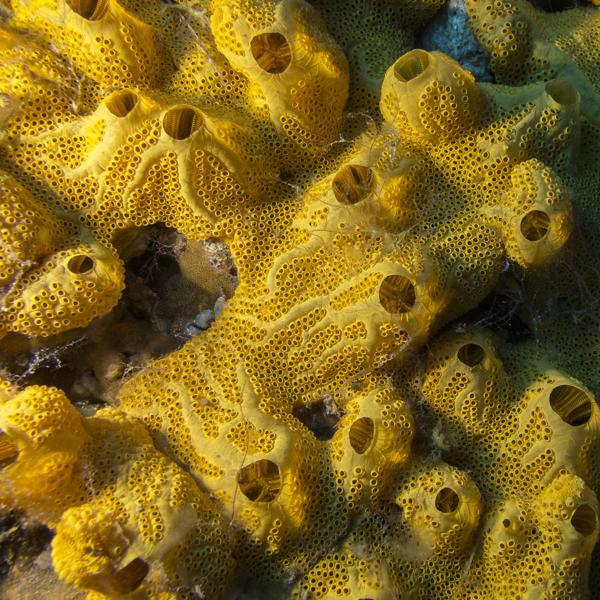 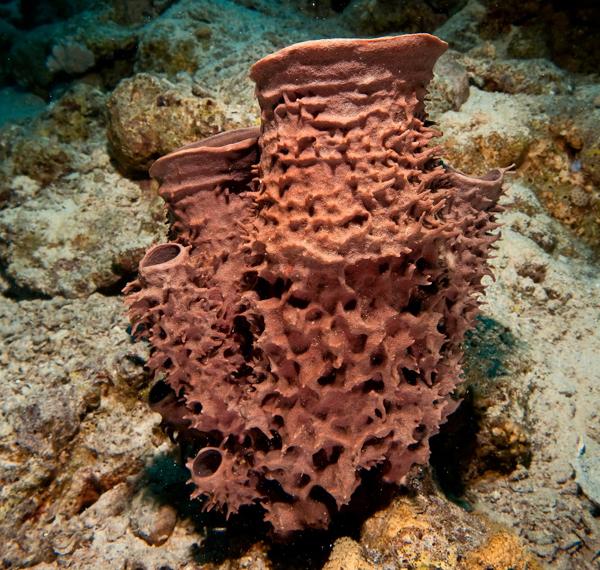 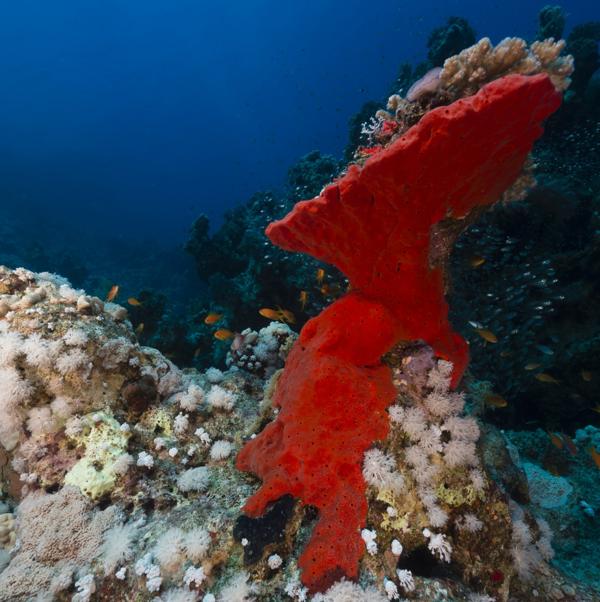 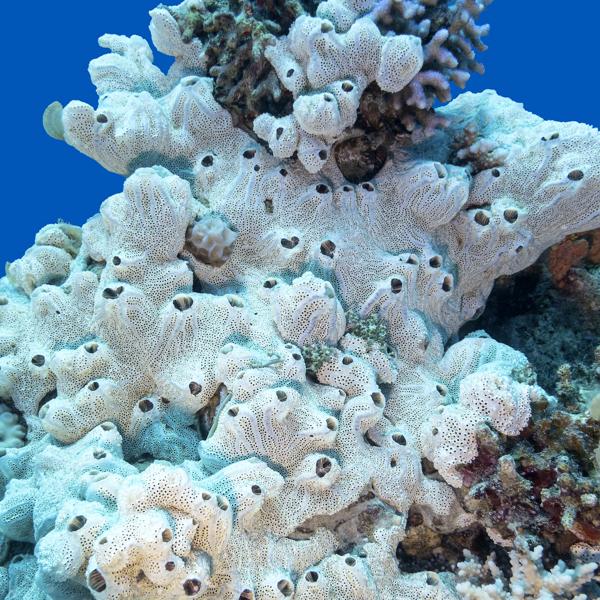 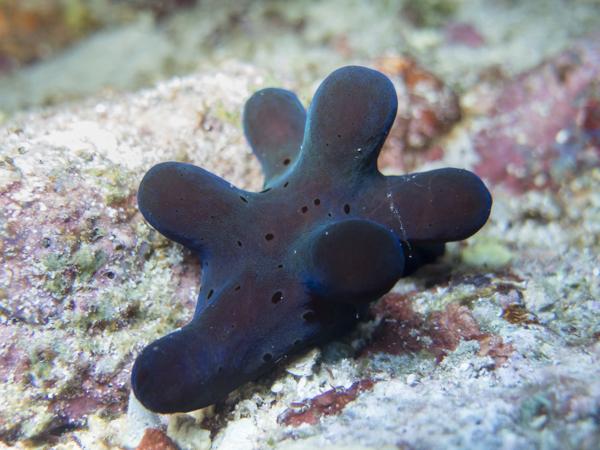 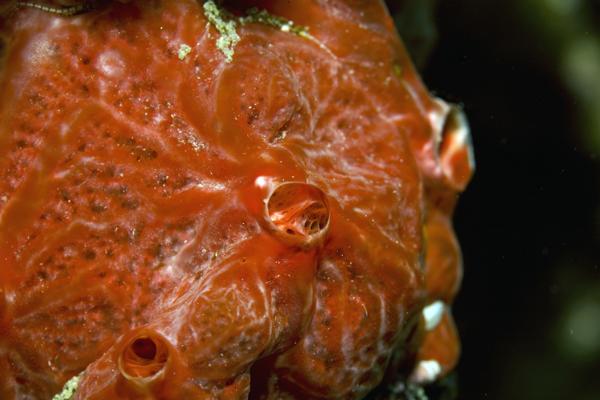 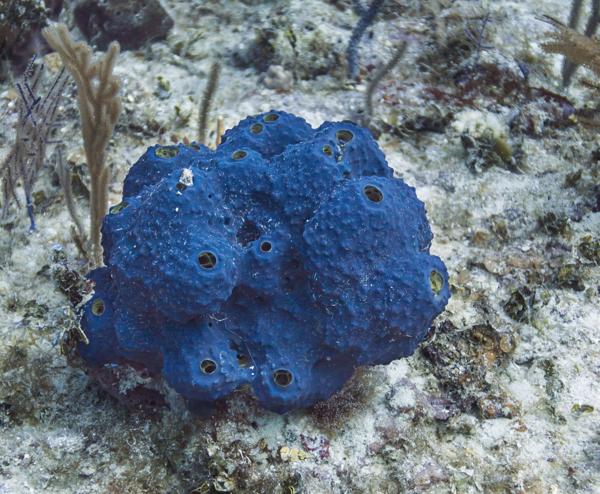 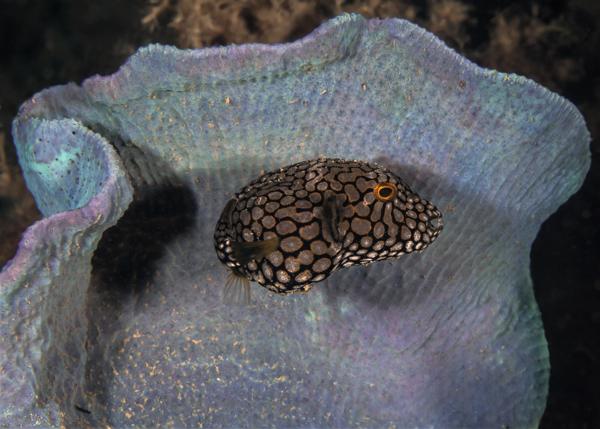