If you thought only humans were capable of acting extremely dumb making you think if there was deep chasm in their brains, then you are so wrong! Yes! There are some exceptionally dim-witted animals who will display behavioral oddities like some humans do by hitting an inanimate object because it hit them! Here's presenting the 7 dumbest animals on earth.

You are here: Home / Uncategorized / 7 Dumbest Animals in the World That’ll Make You Stare in Disbelief

If you thought only humans were capable of acting extremely dumb making you think if there was deep chasm in their brains, then you are so wrong! Yes! There are some exceptionally dim-witted animals who will display behavioral oddities like some humans do by hitting an inanimate object because it hit them! Here’s presenting the 7 dumbest animals on earth. 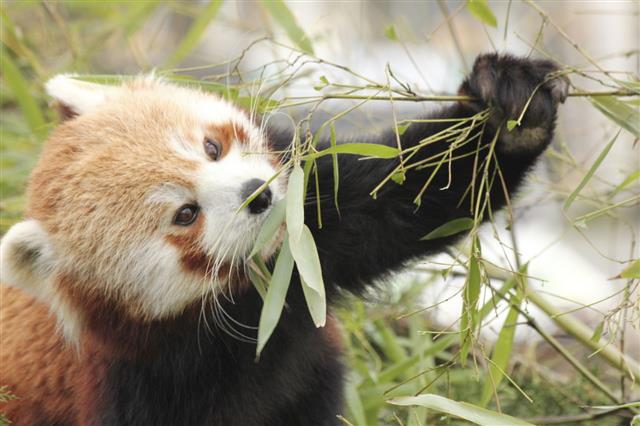 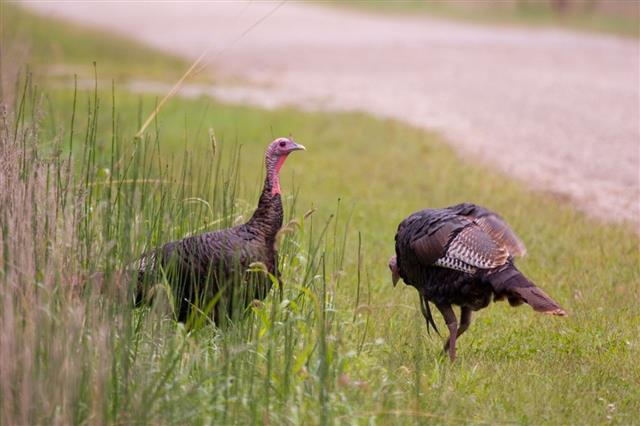 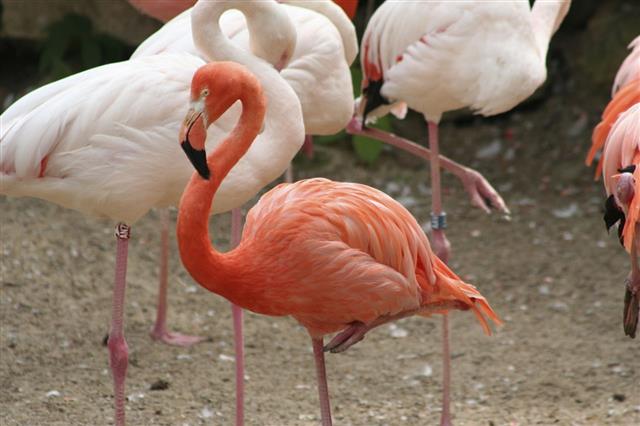 Kakapo, also known as parrot owl, freezes when it sights a predator. We think Kakapos served an inspiration for the widely played Red Light/Green Light game.

Humans have an incredible belief about the effectiveness of their own abilities, in other words their intelligence. However, some humans are inclined towards anomalies like my neighbor who will try to spruce up his dog’s appearance by swaddling him in superhero-inspired costumes. What does my neighbor really think? His dog’s paws are going to squirt cobwebs? Or he’ll fly him on a different planet if some Armageddon was really to strike earth? How really, um, let’s just say, less intelligent of him. Did I tell you that he even howls with his dog sometimes as if trying to prove that he’s a good howler between the two? I think I just did. Haha. Sometimes I think, my neighbor really goes out of his way to blur the lines between intelligence and stupidity.

Hey, and do you know that dogs probably don’t see us as different entities, maybe just as some distant cousin of theirs that stands on its hind legs all the time and talks in esoteric language but less intelligent, nonetheless. We think we have joshed enough with the human-kind, so let’s now move on to the dumbest animals on earth (this part is so going to make us feel better all over again!).

Noooo! But those cute creatures? Really? Unfortunately, yes. Pandas are quite stupid and dispassionate beings, for starters. Well, maybe there was some old Panda geezer that held strict beliefs about chastity, we don’t know. But someone’s got to tell them that if they don’t give serious consideration to family planning, they will go extinct.

Pandas, despite having a digestive system of a carnivore, maintain a ridiculously botanical diet of bamboo, how stupid can one be now? With that giant body, we feel that any little animal will willingly fling itself in the Panda’s arms and beg it to eat it, but the panda would still prefer to nosh on bamboo! With pandas being the most unromantic species to live on planet earth, it will not come as a surprise that they don’t make exemplar parents. However, such is the height of apathy towards the young ones that the mother doesn’t even know the shrieky-little black and white balls are her own kiddos. Forget that, the mama panda will also try to quell their screaming by rolling over them! I’m glad that I was born as a human baby, and I love you ma.

We are so used to having our pets follow our whims and wishes that when a certain dignified and aristocratic silky haired dog chooses not to give a hoot to our orders, we bill it as stupid. It’s entirely not true; but Afghan Hounds have a mind of their own and are pretty dunce to act let alone acting as per your wishes.

We couldn’t just help but spot a resemblance between Afghan hound and a certain white wizard. Its silky, smooth, and shiny hair can also remind some of a possessed hag with disheveled hair for scary effect. Okay, so what makes Afghan hound less intelligent than other dog breeds? Nothing at all. He prefers to do what he likes, that’s about it. Nonetheless, he makes up for its dim-witted behavior by his royal appearance.

Turkeys don’t just make scrumptious Thanksgiving meals, but also make for less intelligent or more appropriately, confused animals. Turkeys, we reckon, are a bunch of existentialists, forever cogitating ways to confuse people with highly complex cant, or else why on earth would they stare at the sky for 30 seconds, even when it is raining?

Remember though, that this goofy and aimless behavior of turkeys can be ascribed to this condition called tetanic torticollar spasms that is believed to be hereditary. Not just that, they have monocular vision, which is kind of a cool thing because it means that they can see George Clooney from one eye and Brad Pitt from the other (this is so helpful when two good-looking people are standing meters away from each other and you don’t know whom to look at, but with the turkey’s eyes, you can see them both!), but at the same, they act uncool by cocking their heads at one side.

These creatures have inspired a whole generation of shiftless, good-for-nothing sleeping beauties. That appearance itself is a good suggestion about their less bright bulbs. You won’t be surprised if we told you they act dopey like forever and once in every week come down to release contents from their bowels.

Baby sloths are very klutzy as they are most likely to mistake their own arms for branches and in a bid to grab them, they fall. Now that is something. When two humans have conversations they probably talk about things like politics, games, babes, and complicated things, but when two sloths talk (of course when they are awake), they only have two common topics to talk about―food and sleep. Simple. We envy this lifestyle.

When winters approach, squirrels become insane and go about stockpiling acorns, and stash them into different places so that they can snack on them later. However, their real smartness is revealed when they run around like headless chickens trying to remember the places where it hid the acorns.

Just when I was talking about my grandfather’s failing memory that makes him do things like rummaging the whole house for his glasses when they are perched on his shiny head and et al, I was totally astonished to find that squirrels too have a sieve-like memory. Squirrels, I thought were like these smart-ass sleuths that did their work furtively a la ninja style. But this belief alas, turned out to be a fallacy.

Well, let’s just say ostriches make an astounding aberration by having over-sized eyes and under-sized brains. Going by the size of their brains, we felt compelled to have them in our list.

Ostriches don’t come with looks that can make Megan Fox go weak in her knees neither do their dancing in backward circles is appealing enough to impress Len Goodman. We think this pretty much says everything about them.

Flamingos, despite having two locomotory sticks to run and walk, make use of only one. This preferential treatment of one leg over other is also maintained during the sleep.

Never even in our dreams we thought that these fetching birds could be less intelligent. Flamingos make oddity in their eating behavior―they turn their beaks upside down to catch food in water, so we think Flamingos like to keep things different, no matter how difficult things become in a bid to be so.

Did your parents maroon you on a remote island for being oafish? Well, not that the thought didn’t cross their minds, but they didn’t. Then why should you think any less of these less-intelligent animals? Huh? 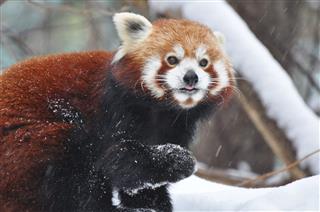 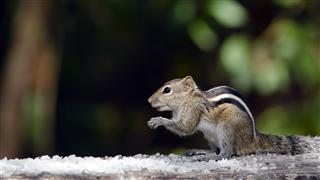 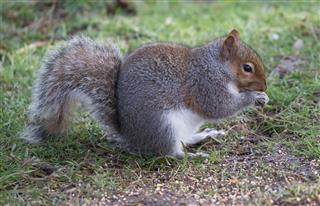 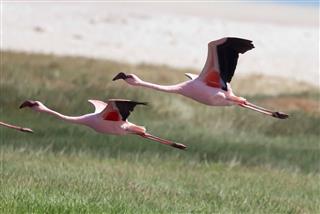 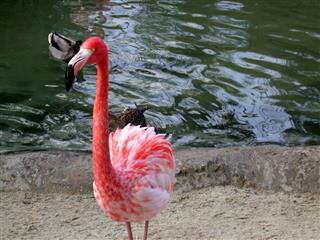 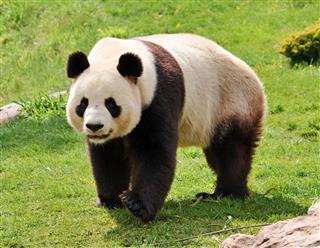 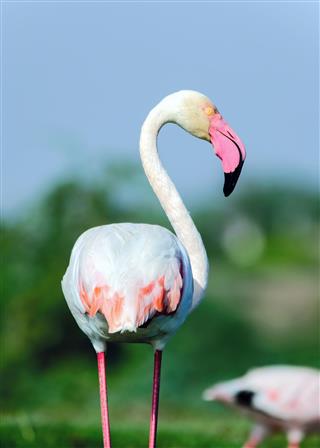 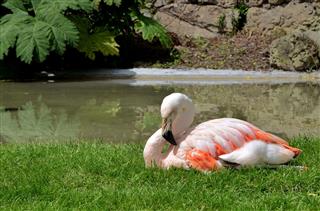 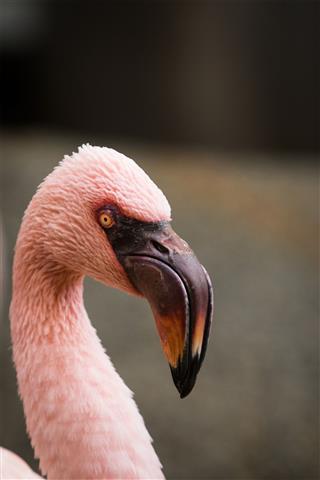 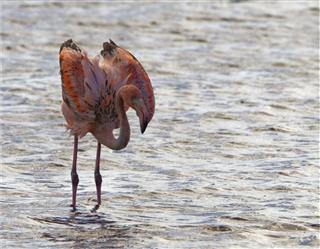 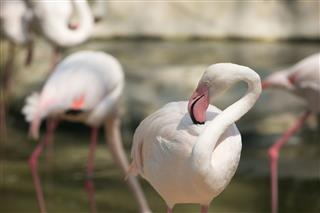 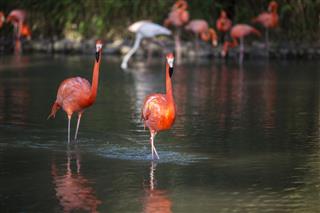 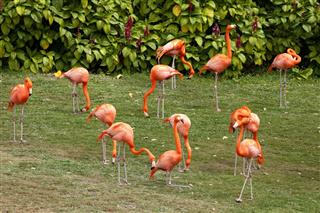 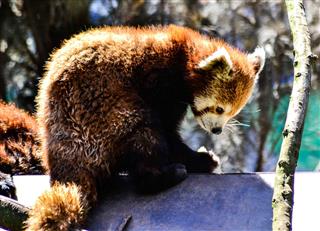 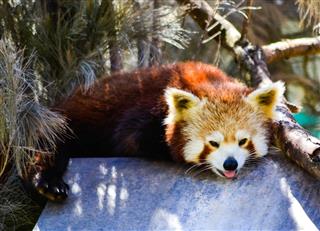 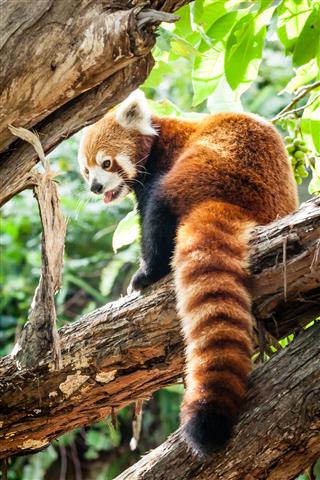 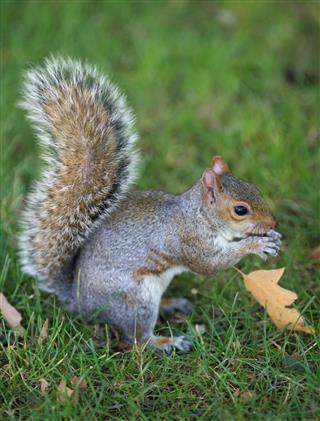 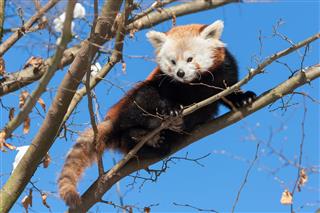 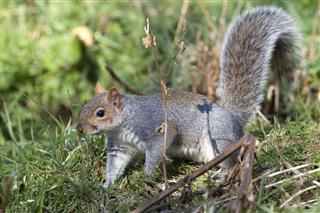 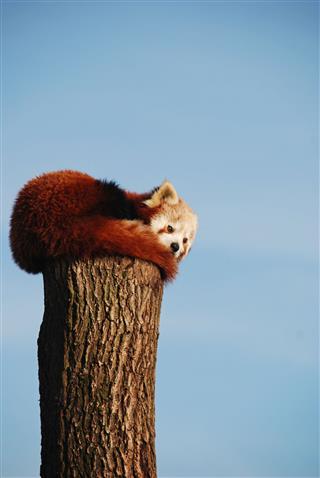 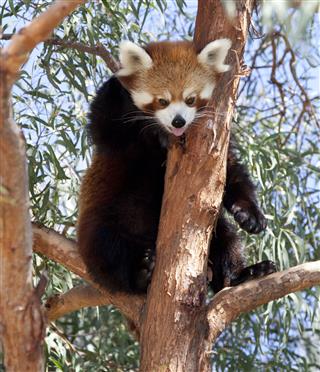 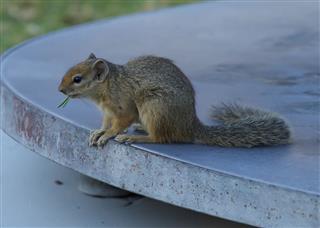 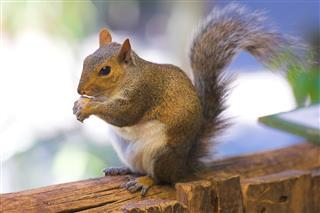 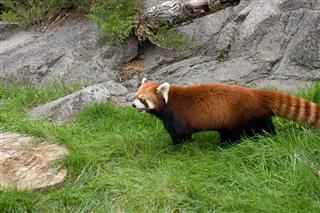 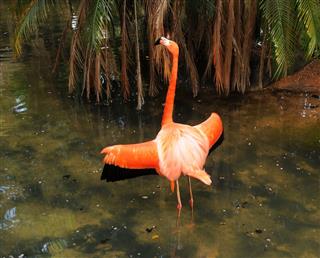 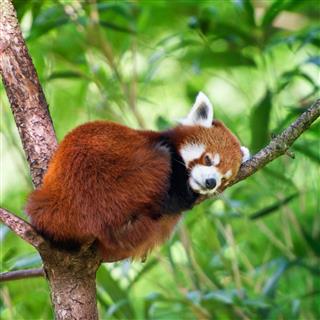