There are different types of horses, draft or draught horses being one of them. These horses are known for their immense strength and the willingness to toil hard.

You are here: Home / Uncategorized / A Full List of Draft Horse Breeds That’s Too Good to Ignore 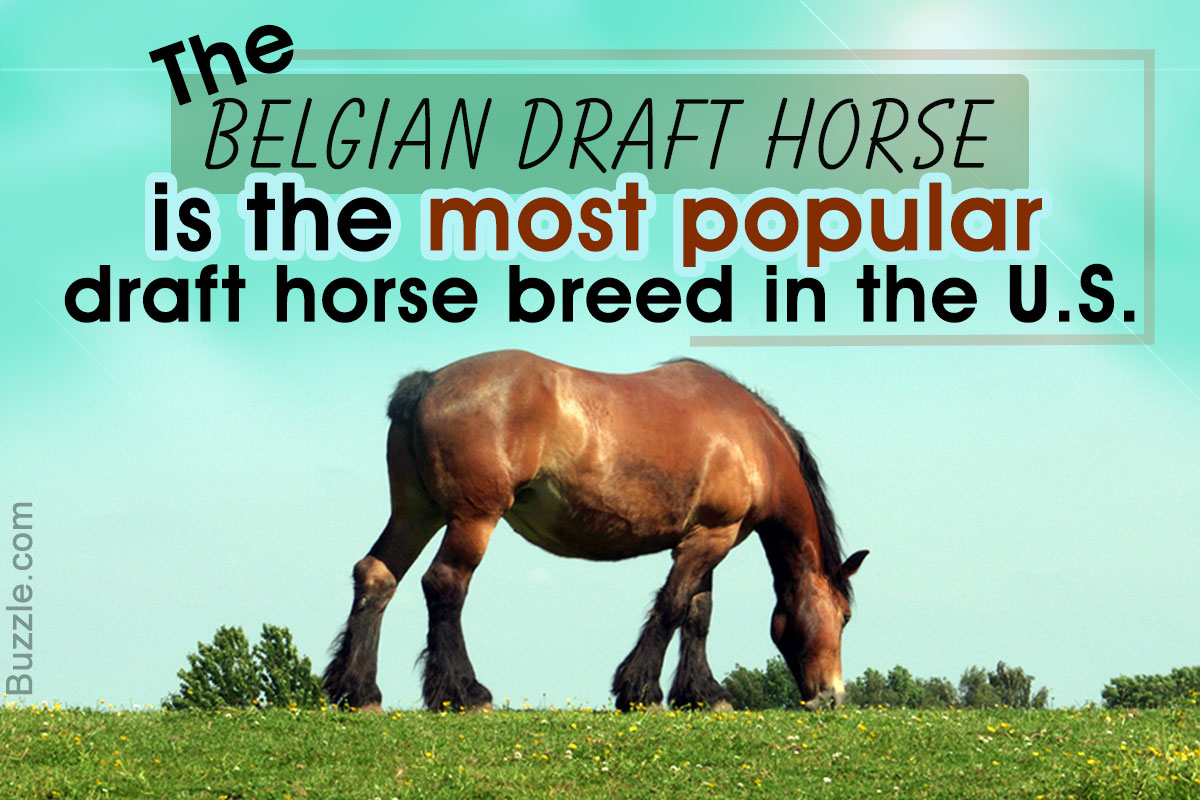 There are different types of horses, draft or draught horses being one of them. These horses are known for their immense strength and the willingness to toil hard.

The Only Hypoallergenic Horse!

Bashkir, a draft horse that has a curly coat is the only hypoallergenic horse of all the horse breeds. Researches suggest that the protein that causes allergy is missing from the coat of this horse.

Draft horses are horse breeds that have a muscular built and are used for heavy tasks. They are also known as draught horses or dray horses. There are quite a few breeds that come under this category that share some similarities like the strong built and good temperament. They are strong, patient and hardworking which is why they have been in use for centuries. They are employed for various reasons like in farms or riding. The characteristic features of draft horses are that they are huge, normally standing between 15-19 hands. They have upright shoulders, broad backs, and powerful hindquarters, which is suitable for pulling heavy load. 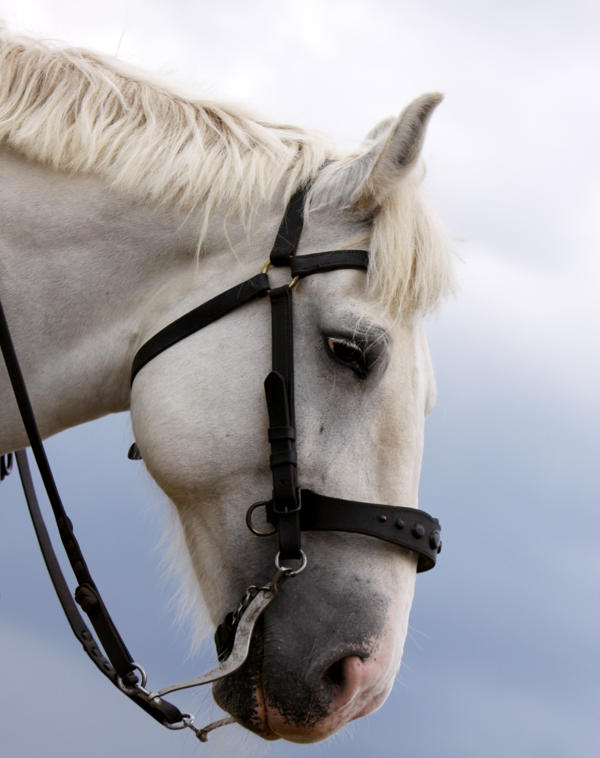 American Cream Draft is one of the rare and heritage draft horse breeds. It is the only breed, bred in America, that is still existing. Stallions having pink or dark skin with a white mane are also accepted by the registry. American creams are a medium-sized draft breed and have strong feet. Their nature is said to be good and trustworthy. This horse has the ‘champagne’ gene which is why it has a light shade coat, mane, and eyes. There are only few of these beautiful horses left and efforts have been made to increase the numbers. 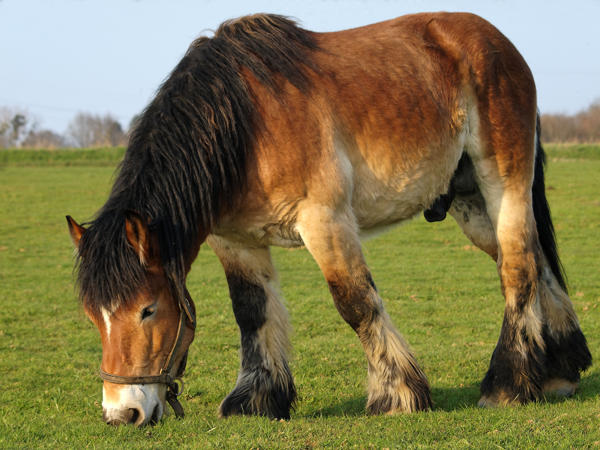 Ardennes is an ancient draft breed. They are heavy built with thick mane and tails. The neck is short but muscular and the legs are short and strong. It comes in many colors but the full black is not a registered color in this breed. In the olden days, these horses were used as war horses and now are used as draft or farm horse. The horse has great temperament and can work in rocky terrain. 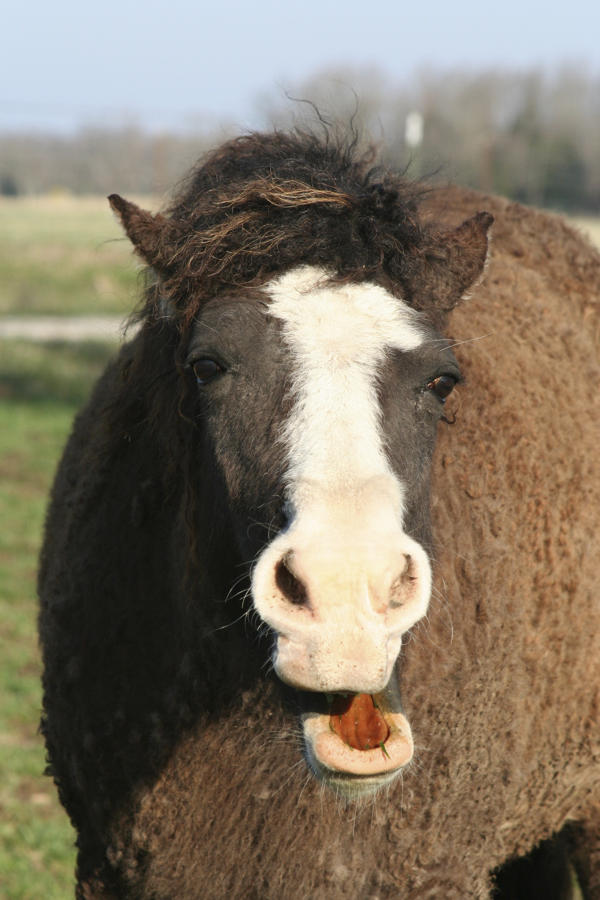 Bashkir is a small-sized draft horse with a curly coat. The curly coat makes it easy for the horse to survive in cold regions. There are two types of Bashkir: one is smaller horse used for riding, and the other has a heavy built used for heavy work. It has great stamina but is considered as a light draught horse. It is one of the top producers of milk every year. The winter coat is very thick which is used in weaving. 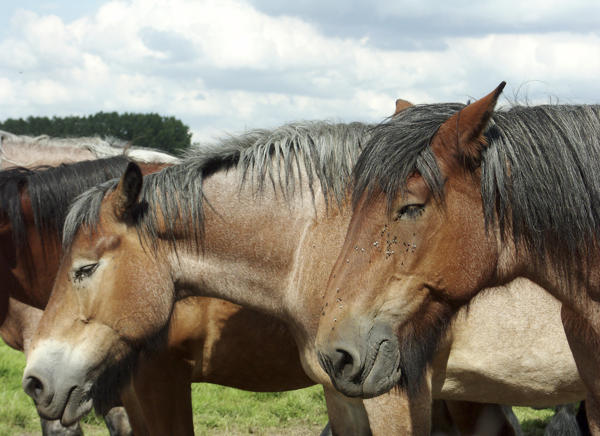 Belgian Draft Horse is also called Brabant, the place where it originated. It is the most common draft horse. These horses have a strong built, wide nostrils, and a light colored mane. A Belgian draft horse named Big Jake is the tallest horse which stands 20 hands. The temperament of this horse is docile and willing. The horse is very strong and is generally used as a workhorse, but these days they are also used in shows or for pleasure riding. This horse is also used for meat purposes. 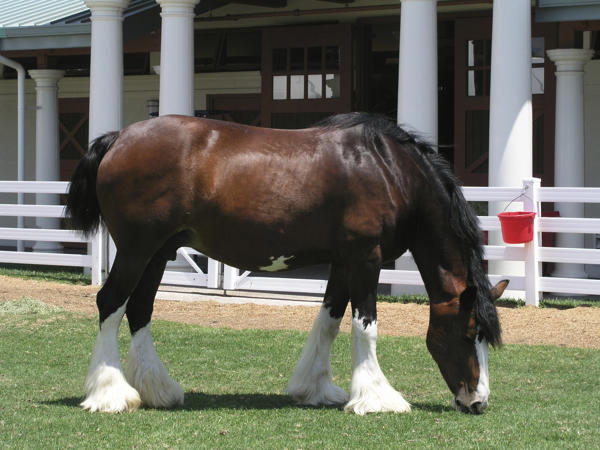 Clydesdale were once a small draft horse breed but now is a tall breed. These have white markings and beautiful white legs. The markings are because of the gene called ‘sabino’ and the white fur on the legs can extend till the knees. They have always been used in agriculture and forest work. Nowadays, they are used more in shows and for riding. They are known for their strength and docile nature. Budweiser Brewery were the first ones to own this breed and have become a part of the brand ever since. Because of such good reputation, these are bred with other draft breeds to improve their characteristics. 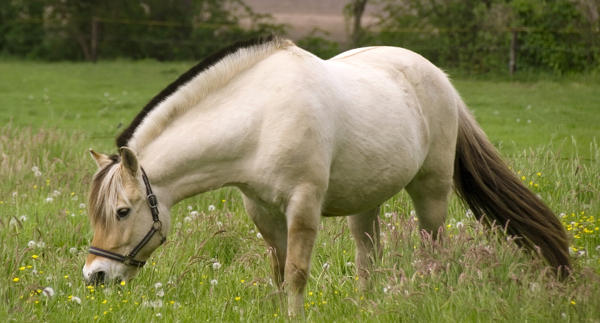 Fjord is one of the oldest horse breeds. It is believed that the Vikings also used these horses at that time. It originated in the mountainous region of Norway. They are small draft horses but are very strong and willing to work. The physical characteristics are very unique because of the upright beautiful mane. Almost 90% of the Fjords are brown dun in color but there are other shade variations that are recognized. Their coats get thick in winters and the mane is long hence is cut once in a while. These horses are used for various reasons, for almost everything. Because of the small size and good temperament, they are used for riding – can be a good choice for children and disabled people. 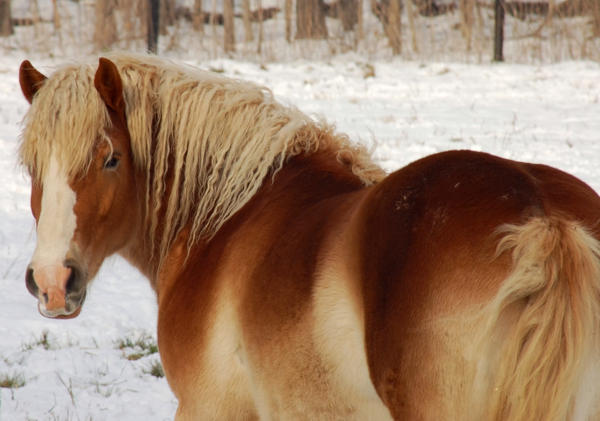 Haflingers are a relatively small draft breed. They come in only one-chestnut color and have a flaxen or white beautiful mane. They have a muscular built but are very graceful while moving. In ancient times, they were smaller and were used as packhorses. But, as the years passed, people worked on their height. These are now used for light draught work and are used for riding and shows. 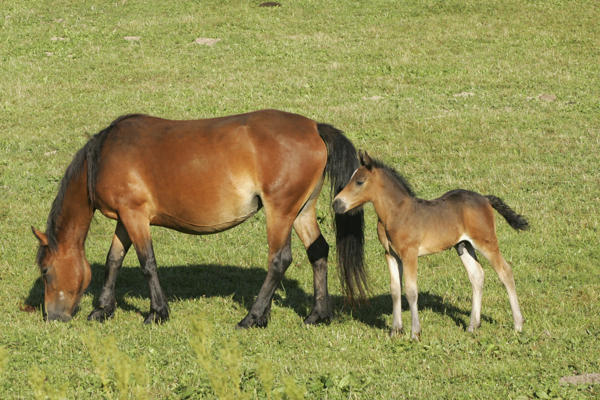 Norman Cob is also called Cob Normand, originated in France, is used for light draught work. Unlike other French breeds, this breed did not go in the meat market. Instead, it is used to develop other breeds by crossbreeding. These horses were used for every possible work. Currently, they are used in shows, riding, and to do some light work. They are very famous for being calm for long time periods. 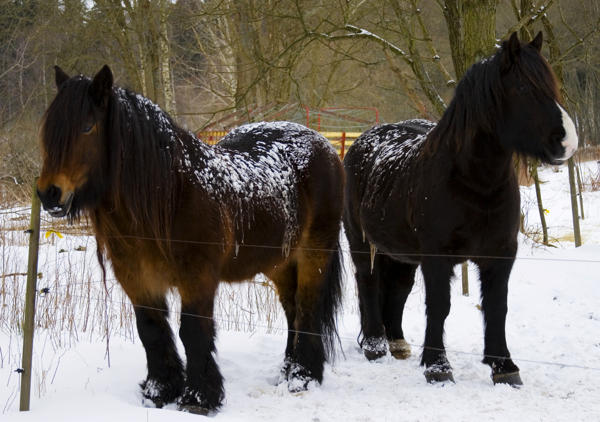 The North Swedish Horse breed originated by breeding a Swedish mare with a Dole stallion. This horse has a beautiful look and temperament. It is used for draught work. It has a great nature and is willing to work for many hours in a day. Good health and easy-to-train are a few other features of this great horse. These are used in forest and agriculture work. It is one of the very few coldblooded horse breeds which are used in harness riding. 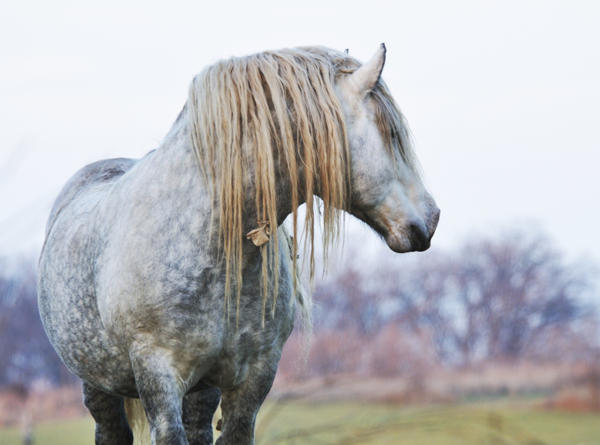 The Percheron was used in wars, in the ancient times. As time passed, they were used for pulling carriages and other heavy work. This breed proudly boasts of being the most famous French breed also because it was used to improve other horses. It is mainly used in heavy draft work and unfortunately also for food in France. It is also used under saddle and in shows. 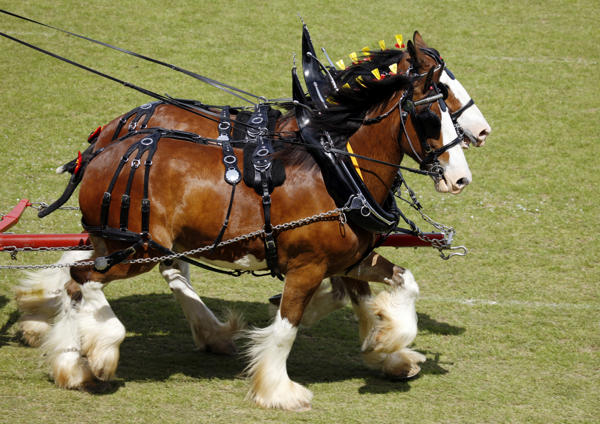 Shire horses are very tall and have a lot of strength. These are used to do heavy draft work and pull heavy weight. These horses have a rich history of working in breweries and some follow it till now. It is also used for riding and other forest or agricultural work. Their temperament is best described as willing to work. 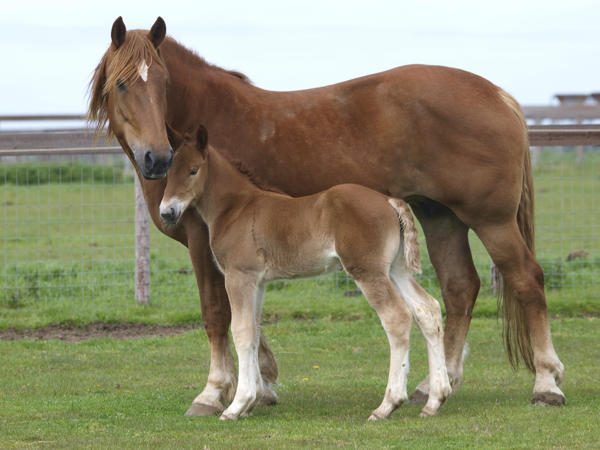 Suffolk Punch was also called “Suffolk Sorrel” and is an English horse breed. The color of this particular horse was called “chestnut” and not chestnut, it comes in all shades of chestnut. Back then, this breed was said to have small feet but efforts were made to improve upon its foot structure. Now, it is considered to have excellent feet. These horses are used for various different works but mainly for agriculture and pulling wagons. They have an excellent hardworking nature which make them so useful.

The Boulonnais, the ‘White Marble Horse’ is a beautiful and a strong draft horse. It is normally gray in color but the French registry accepts black and chestnut colors in this breed. The horse is very sturdy and is used for heavy work, but at the same time, it has an elegant trot. That’s why, it is called the “Europe’s noblest draft horse” because elegance is not much seen in the draft horse breeds. It is used in transporting fish, because it originated in a coastal area. It is also used for riding, or in shows. 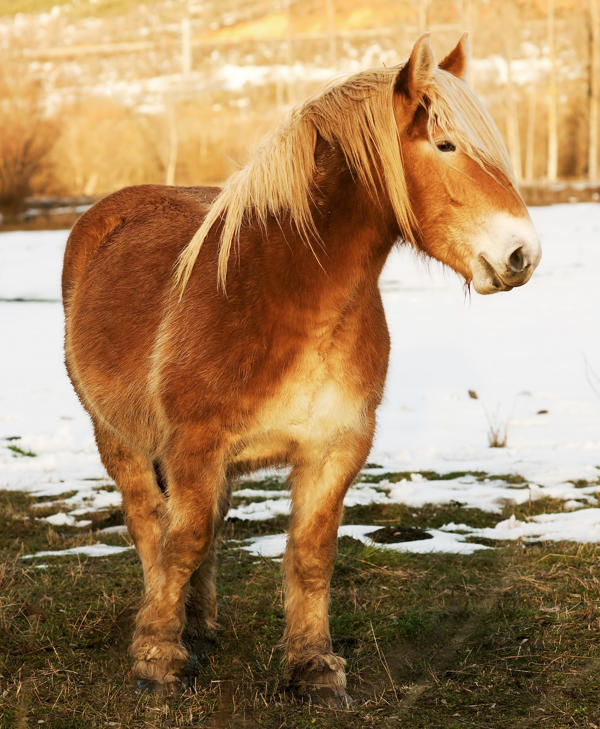 The Breton horse breed is an outcome of crossbreeding several other breeds. There are three subspecies of this breed, Corlay Breton is a smaller and light draft horse, Postier Breton is heavier than the earlier, the Heavy Draft Breton is the largest of all. Naturally, their uses also differ accordingly. The Corlay is used under saddle, the Postier for farm work, and the Heavy is used for the heavy draft work. This breed is used in production of meat in many European countries. Also, it has influenced and developed many other draft breeds. 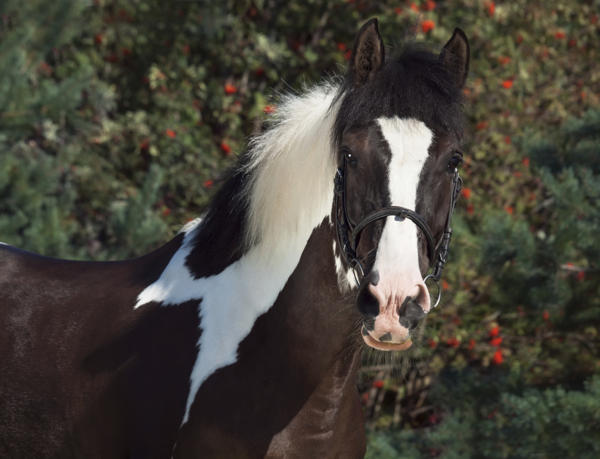 The Irish Draft, also called Irish Draught, is Ireland’s national horse. This horse gets most of the fame because it’s the foremost breed of the Irish Sport Horse. It also possesses some great jumping skills. It has great muscular strength which enables it to do heavy work.

The Italian Heavy Draft is also known as Rapid Heavy Draft; and ‘Cavallo Agricolo Italiano da Tiro Pesante Rapido’ in Italian. It is often known by the abbreviation ‘TPR’. This breed is famous for the perfect blend of strength and speed that it has. It is used for working in different fields, like in military and farms. This breed is also slaughtered for meat in Italy. This is a perfect draft horse because of the strength and the calm but alert temperament.

The Jutland horse gets its name from the Jutland Peninsula in western Denmark. They aren’t very tall but have muscular body. Because of their strength, they are used in pulling carriages and other heavy goods. Few of the best in this breed are used to pull beer wagons for Carlsberg brewery since 1928. This breed can be confused with the Suffolk Punch but the feathering on lower legs is something that is particular to this breed.

The Noriker also known as the Pinzgauer or Norico-Pinzgauer comes from a mountainous region, and this breed is famous for the great balance it has. This very fact made it easy for the horse to transport goods from one place to the other, in the ancient days. Noriker is a versatile horse and useful in different fields. It is used as a workhorse and also for riding.