The great black wasp is one of the 30,000 identified species of wasps. AnimalSake lists out a few interesting great black wasp facts, focusing on their nesting habits and physical characteristics.

The great black wasp is one of the 30,000 identified species of wasps. AnimalSake lists out a few interesting great black wasp facts, focusing on their nesting habits and physical characteristics. 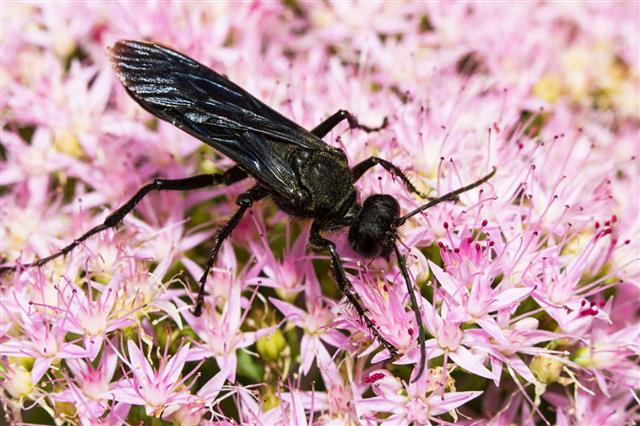 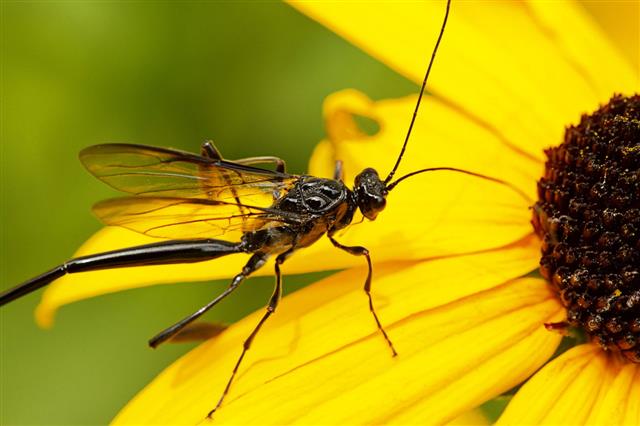 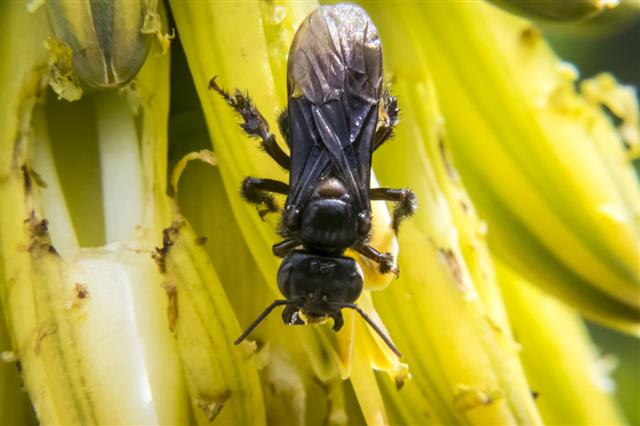 The great black wasps are referred to as katydid hunters, as the adult females paralyze large, green long-horned grasshopper called katydids, and place them into their underground nest for providing nourishment to the larvae.

The Great Black Wasp (GBW) gets its name from its large size and black-colored body that is devoid of any other marking or noticeable patterns. Adult females are slightly larger than the males, and measure anywhere between 1-1½ inches in length. This species can be spotted in fields and meadows from mid to late summer throughout the United States, with the exception of the Northwest. It belongs to the Hymenoptera order, which includes bees, wasps, ants, and sawflies. It is placed under the Sphex genus (genus of digger wasps) and Sphecidae family, which in turn comprises thread-waisted wasps.

The inclusion of the word ‘Great’ in their common name has nothing to do with aggressiveness. In fact, these wasps are solitary and docile. Only the females can sting, and they do so, only when they are provoked or sense a threat to their nest. Though their sting can cause pain, it doesn’t swell. Individuals who are allergic to wasp stings must stay away from them.

Facts about the Great Black Wasp

✦ Great black wasps are thread-waisted, which means that they have an elongated petiole or waist that connects the thorax to the abdomen.

✦ Their body is completely black. Their smoky black wings exhibit blue iridescence. The wings are often folded over the abdomen.

✦ They often consume the nectar of Spotted beebalm (Monarda punctata). While feeding, the pollen accumulates on their backs. This facilitates the cross-pollination of flowers.
✦ The length of the males ranges between 19 and 28 mm, whereas females are 25 to 34 mm in length.
✦ Great black wasps are known to be effective pollinators, especially of plants such as the mountain mint, common milkweed, and the swamp milkweed.
✦ They can be found in meadows, gardens, or pastures, where flowering plants can be found.

✦ Their legs are long and spiny, and their mandibles (mouthparts) are large.
✦ Great black wasps have a short pronotum (exoskeletal plate on the upper side of the first segment in the thorax). On each side of the pronotum lies a lobe. This rounded lobe does not extend to the plate at the base of the wings.

✦ The mesonotum, which is the dorsal or the upper surface of the middle segment of the thorax, doesn’t have distinct longitudinal sutures. Another feature is the absence of forked process in the lower plate of the mesothorax (middle segment of the thorax).
✦ Their strong mandibles help them catch grasshoppers, katydids, etc., which they carry to their nest.
✦ The diet of the adult females comprises nectar and pollen from flowers, but they hunt to provide food for the larvae.
✦ The adult female paralyzes the prey by stinging once in the neck, and twice in the thorax. Thereafter, she uses the mandibles to carry the prey to the nest.
✦ At times, before the prey can be carried to the nest, it is snatched by birds such as the house sparrow or the gray catbird.
✦ It must be noted that the prey is not killed by the adult female. She merely places it, and lays eggs on the underside of the prey. The eggs are 5-6 mm long and 1 mm wide. Once the eggs hatch, they get their nourishment from the paralyzed prey. They turn into pupa. In the life cycle of the great black wasps, the pupal stage is the intermediate stage of development between the larva and adult.
✦ The female great black wasps make their nest in the ground. The female uses her mouthparts and legs to dig a hole into the ground, and places the prey into the nest. Into the long egg chamber, she places 2 or more grasshoppers, locusts, or cicadas. Thereafter, she lays an egg on the prey. Several chambers might be placed side by side. The wasp uses her head to press down the soil for closing the chambers.
✦ Great black wasps are not aggressive. They are unlikely to sting. However, care must be taken not to provoke them. They might sting if they perceive a threat to their nest.
✦ The only function of the male is to mate. Males don’t take part in the creation of nest or caring for the offspring.
✦ Only the females can sting, as they have an egg-laying ovipositor that is modified into a stinger.

Great black wasps sting only if they are provoked. Moreover, they are effective pollinators, and can help control the population of grasshoppers, which are known to cause damage to crops and plants. Thus, there’s hardly a need to destroy them. However, safety measures should be taken by those who are allergic to wasp stings. 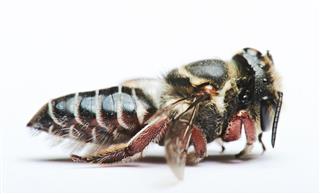 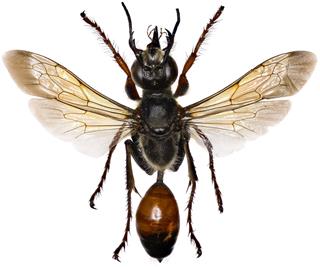 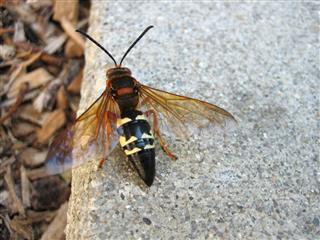 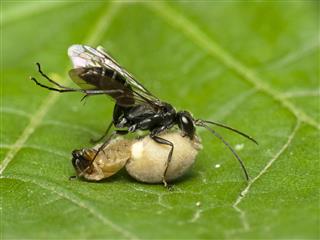 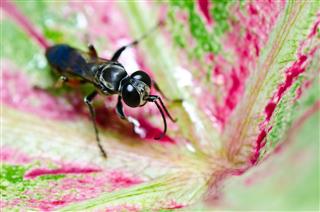 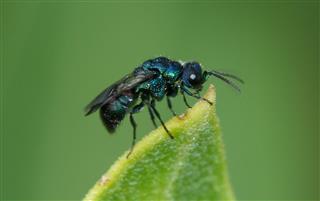 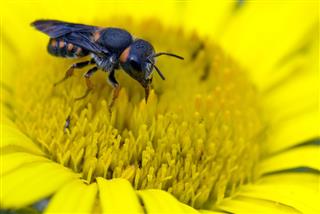 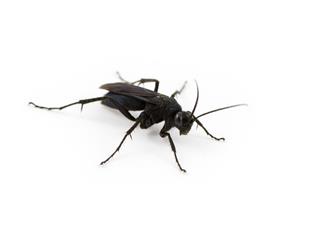