Fastest Animals on Earth That Move at Unimaginable Speeds

Do you know which is the fastest animal on Earth? With quite a few contenders vying for the top spot, the race for the fastest species surely seems interesting. Continue reading to find out some interesting facts about the world's fastest animal; and the fact that it is not the cheetah is bound to come as a surprise for many people out there.

You are here: Home / Uncategorized / Fastest Animals on Earth That Move at Unimaginable Speeds 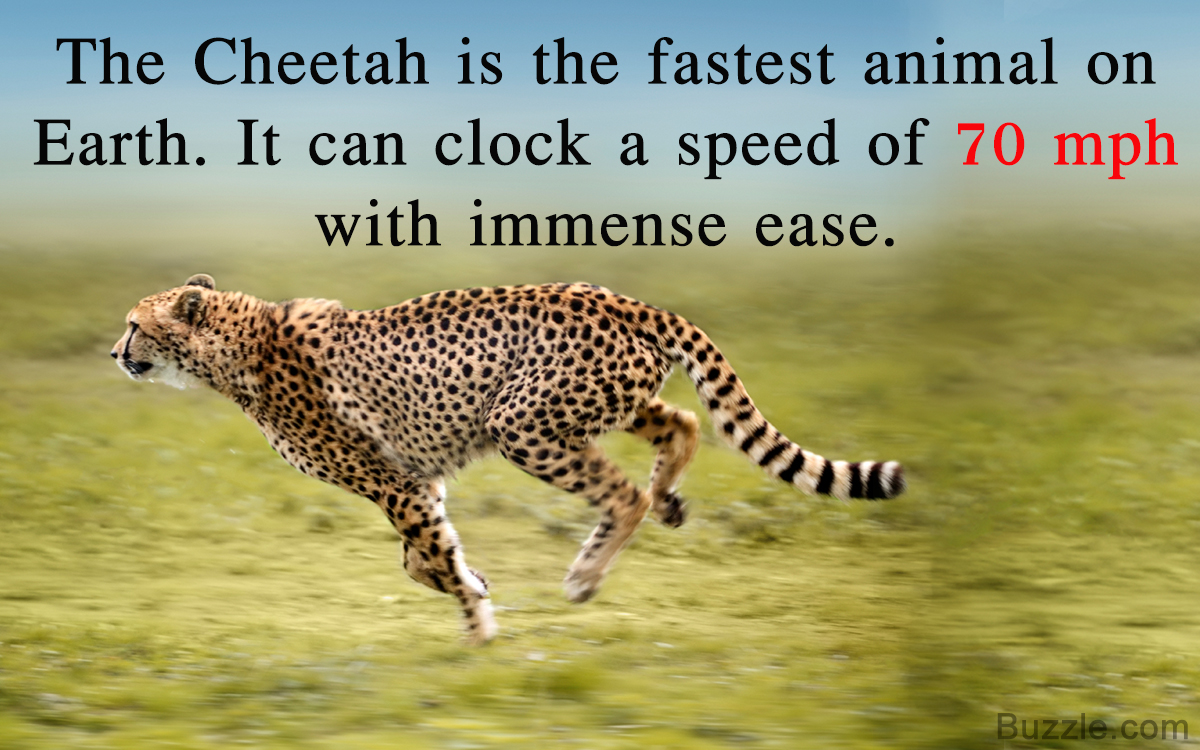 Do you know which is the fastest animal on Earth? With quite a few contenders vying for the top spot, the race for the fastest species surely seems interesting. Continue reading to find out some interesting facts about the world’s fastest animal; and the fact that it is not the cheetah is bound to come as a surprise for many people out there.

Our planet is full of amazing things which are best described by superlatives such as tallest, deepest, biggest, smallest, and fastest, and fastest is by far the most popular superlative among these. Speed has always fascinated mankind, and our interest in the fastest car, fastest airplane, fastest animal, or fastest human for that matter hints at this very fact.

It is relatively easy to find out which the fastest machine or who the fastest human in the world is, but when we talk about the fastest animal on the Earth, the criteria on the basis of which we are supposed to choose the winner often leaves us in a dilemma. Add to it the fact that kingdom Animalia consists of thousands of species – which come in all shapes and sizes, and the task becomes even more difficult.

In the animal kingdom, the means of locomotion differ from one species to another. While terrestrial animals walk or run, marine animals swim and birds fly. When we try to find out which is the fastest animal in the world, we need to take all these means of locomotion into consideration. The inclusion of birds might come as a surprise for many, but one has to understand that they are members of kingdom Animalia – and so are the insects and fishes. Given below are the details about the species which boast of being fastest on land, in water and in air. With the title for the world’s fastest animal on line, do expect some surprises to come your way. 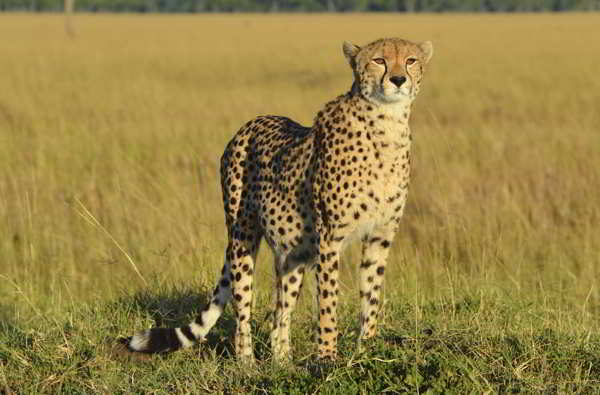 The distinction of being the fastest land animal as well as the fastest mammal on the planet, goes to cheetah (Acinonyx jubatus). A species native to the vast plains of Africa and Asia, the cheetah can clock a speed of 70 mph with immense ease. With an acceleration of 0-60 mph in 3 seconds, cheetah is faster than several sports cars in production today.

The body structure of a cheetah, right from its relatively small head – which adds to its aerodynamics, to its heavy tail – which facilitates steering and sharp turns, plays a crucial role in helping it sprint. Similarly, the large nostrils of a cheetah help it take in more oxygen, while the enlarged heart and lungs facilitate proper circulation of the same within the body. It is the only large cat with semi-retractable claws, and these claws give it much-needed traction – thus helping it clock unbelievable speeds.

Interestingly, the cheetah can only pull off this feat in short distance chases, ideally for 500 m, as its body temperature elevates quickly in course of these sprints and results in a life-threatening condition for the species. Due to this, the cheetah has to abandon its chase at times for the sake of its own survival. After every sprint, it takes rest for about half an hour or so in order to bring its body temperature back to normal. The cheetah has a success rate of 50 per cent which is one of the best in kingdom Animalia, and its speed has a crucial role to play in this success rate.

A cheetah’s habitat spans across the plains of Africa and south-western Asia, which is also the habitat of the second fastest terrestrial animal on the planet – the gazelle, with an ability to clock a speed of 50 miles per hour. It isn’t surprising that the cheetah and gazelle share a predator-prey relationship in these open grasslands. More importantly, this cheetah-gazelle relationship also suggests that the environment has a crucial role to play in making these species the fastest on the planet.

Sailfish: Fastest Animal in the Ocean 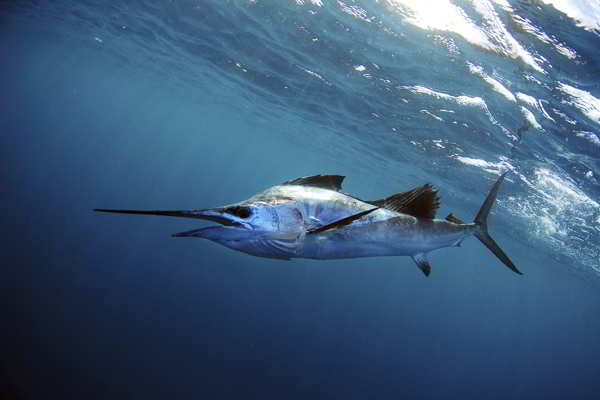 According to the Guinness Book of Records, the fastest fish in the world is the sailfish species with the ability to clock a speed of 68 mph – just short of the cheetah at 70 mph. The species, measuring 1.7 to 3.4 meters and weighing between 120 to 220 lbs, is found in the warm tropical waters of the world.

There exist two subspecies of the sailfish – the Atlantic sailfish (Istiophorus albicans) found in the Atlantic Ocean and the Indo-Pacific sailfish (Istiophorus platypterus) found in the Pacific and the Indian Ocean. With a spectacularly big dorsal fin, which gives it the name sailfish, considerably long bill and a crescent-shaped tail, the sailfish has a hydrodynamic streamlined body – which helps it clock amazing speeds and makes it the fastest species of fish in the world.

There do exist reports about the sailfish species clocking a speed of 70 mph which brings them at par with the fastest land animal, though the authenticity of these reports is still under the scanner. The second fastest fish in the world, the black marlin with an average speed of 50 mph belongs to the same billfish family. Our knowledge of the marine biome is limited due to some obvious reasons, and that makes it a bit difficult to figure out which the fastest marine species in the world are. In such circumstances, the chances of there being some marine creature that can be faster than the cheetah cannot be ruled out. 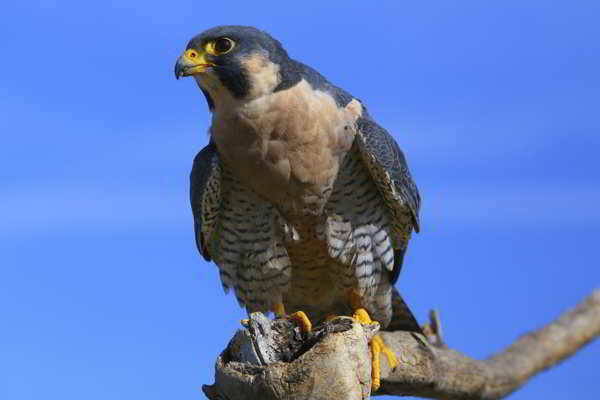 It might come as a surprise for many people, but the fastest animal on the planet is actually a bird – the Peregrine falcon (Falco peregrinus) with its amazing ability to clock a speed of 200 mph in air. That makes it nearly three times faster than the cheetah – the fastest land animal with a speed of 70 mph. In level flight, the peregrine, with an average speed of 40 mph, is not even quick enough to catch a pigeon.

The amazing speed that we talk about is only achieved in course of mid-air hunting, wherein the Peregrine goes high in the air, and dives onto its prey at speeds in excess of 200 mph. In fact, the fastest recorded dive of a peregrine falcon clocked an unbelievable 242 mph, a feat achieved by Washington based falconer Ken Franklin’s pet peregrine, named ‘Frightful’, in 2005.

So the Peregrine falcon uses its tremendous speed as a weapon to hunt flying birds, but how does a bird measuring 16 inches pull of this feat? The physical and behavioral adaptations of this falcon species have an important role to play in its high-speed dive. The Peregrine ascends to an altitude in excess of 3 miles, spots the prey and dives on it – beak first. In course of its dive, this bird tucks its wings and feet inside, folds its tail and streamlines its body, in such a manner that it gets into a perfect aerodynamic shape. The nostrils of a peregrine falcon are especially adapted to help it breathe when diving at high speed. Diving at such high speed when hunting has its own drawbacks though, and a success rate of mere 20 percent does hint at this very fact.

The peregrine falcon is also one of the most widespread bird of prey in the world, with its natural habitat spanning the entire planet – except for a few regions such as the polar areas and the tropical rainforests. The species usually prefers open areas as hunting in such areas is much more convenient. Such is the reputation of the Peregrine falcons that they are specially trained and used to scare away the birds around airports and other places where birds create nuisance. 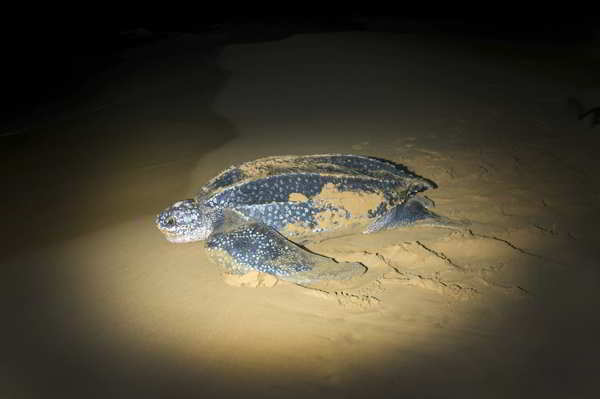 According to the Guinness Book of World Records, this turtle species can move at the speed of 21.92 mph in the water. That is interesting, considering that the leatherbacks spend their entire life in the water, and only come on the land to lay eggs. A turtle being the fastest reptile may sound a bit unconvincing, but one has to take a note of the fact that this species is also the largest of all living sea turtles measuring somewhere between 6-7 ft in terms of total length.

It is not really difficult for a creature of this size to clock a speed of 20 mph – at least not when it has a hydrodynamic body equipped with powerful paddle-like fins.

Of the 2,600 recognized species of this insect, the fastest has the ability to clock a speed of 5.6 mph. A speed of 5.6 mph may not sound impressive at all, but relatively it is equivalent to an adult human running at the speed of 480 mph. (This beetle species covers a distance which is six times its body length in 1 second.)

In other words, if the tiger beetle was the size of an adult human, it would have clocked a speed of 480 mph. Now compare that to the fact that the fastest man on the planet – Usain Bolt, clocks a speed of 27 mph in his record-breaking sprint, and the speed of this tiny insect is undoubtedly amazing.

Other species which dominate when it comes to speed…

» The black mamba (Dendroaspis polylepis) is not just the most aggressive and venomous, but is also the fastest snake in the world with the ability to move at the speed of 10-12 mph.

» According to the Guinness Book of World Records, the black spiny-tailed iguana (Ctenosaura similis) is the fastest lizard on the Earth with a speed of 21.7 mph.

» While the Peregrine falcon dives at the speed of 200 mph, the White-Throated Needletail (Hirundapus caudacutus) holds the record for the fastest bird – level flight at a speed of 105 mph.

» The Southern Giant Darner (Austrophlebia costalis) boasts of being the fastest flying insect in the world with an average speed of 35 mph, and a top speed of 60 mph.

While the belief that cheetah is the fastest animal on the Earth is quite popular, it only holds ground when birds are excluded from the list of contenders. That, however, is not quite the best way out considering that the birds form an equally important part of kingdom Animalia which boasts of 2 million different species of mammals, reptiles, birds, insects etc. At the end of the day, the criteria you select plays a crucial role in determining which animal is the fastest. If you are restricting to land animals it is undoubtedly the cheetah, but if you are going by the definition of kingdom Animalia, it is the Peregrine falcon for sure. 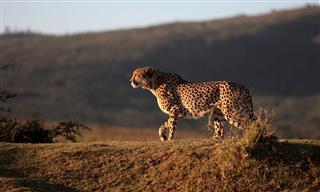 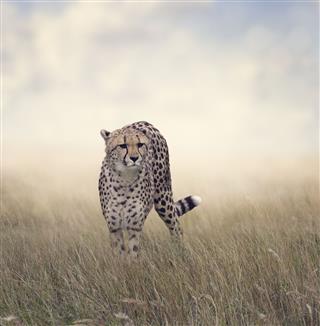 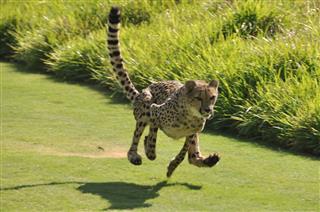 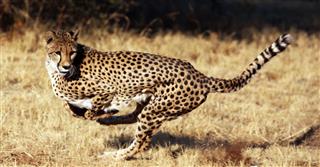 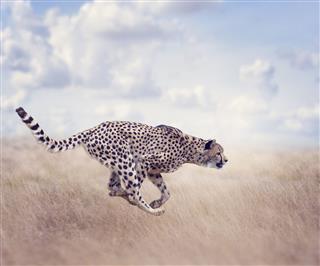 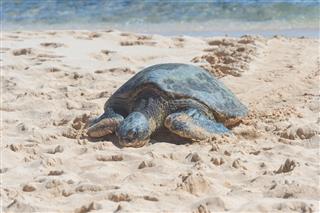