Where Do Crocodiles Live? Let’s Explore Their Habitat

Crocodiles live in the vicinity of swamps, marshlands, brackish waters, lakes, and rivers. While that is definitely correct, there is a lot more to the habitat of this reptilian species, and trying to cover it in one sentence would be doing injustice to them.

You are here: Home / Uncategorized / Where Do Crocodiles Live? Let’s Explore Their Habitat 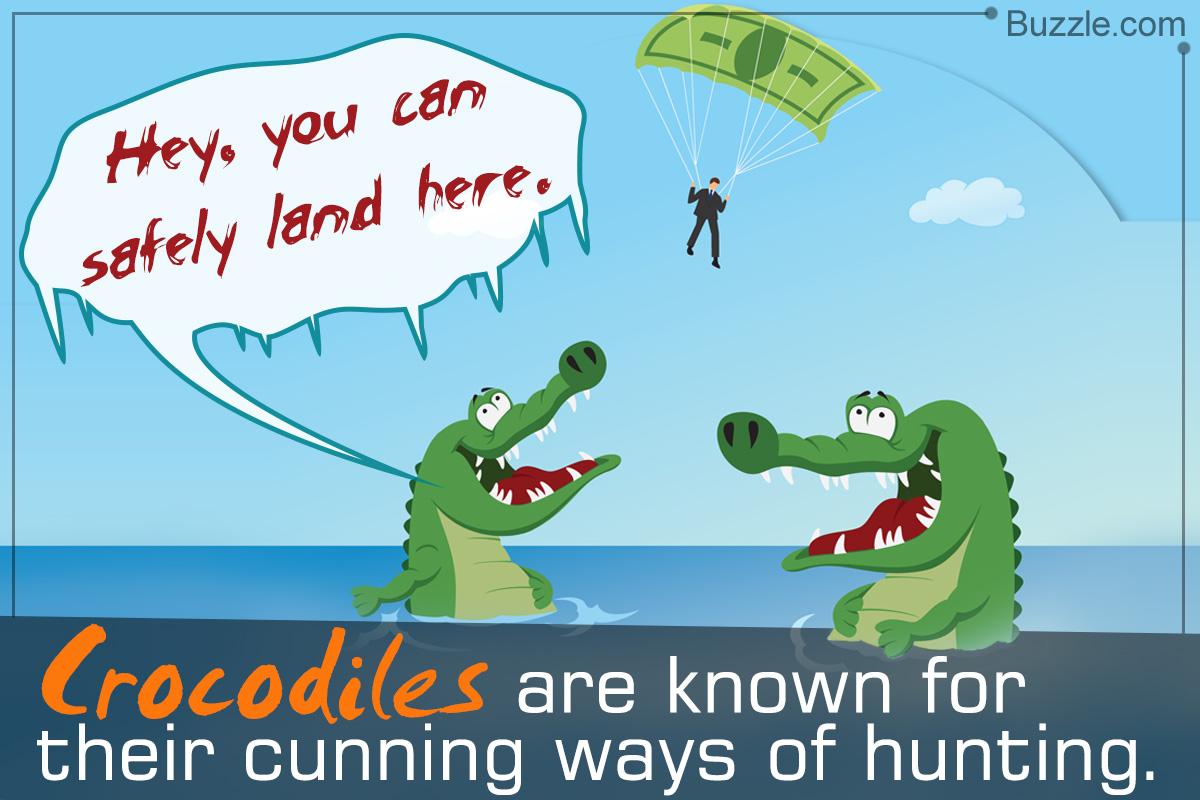 Crocodiles live in the vicinity of swamps, marshlands, brackish waters, lakes, and rivers. While that is definitely correct, there is a lot more to the habitat of this reptilian species, and trying to cover it in one sentence would be doing injustice to them.

The state of Florida is the only place in the world where crocodiles and alligators live together. The southern state is home to the American crocodile and American alligator. 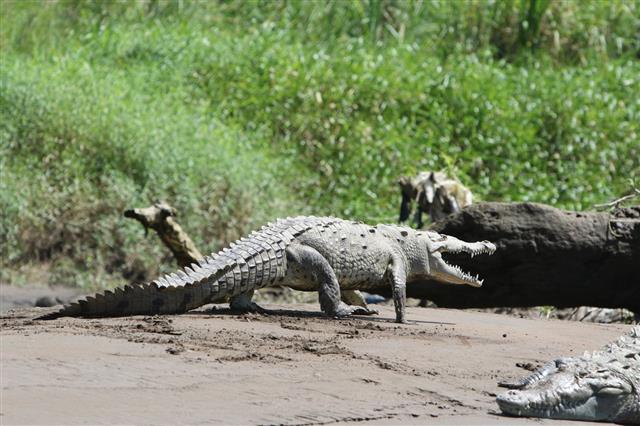 Crocodiles are as old as dinosaurs. While the dinosaurs failed to survive the Cretaceous-Tertiary extinction that occurred 65 million years ago, the crocodiles pulled off the seemingly impossible feat. These reptiles have been thriving on the planet for quite some time now and yet, quite a few attributes of their life continue to be a mystery for mankind. If asked where are crocodiles found, most of the people are likely to get it wrong. That shouldn’t really come as a surprise because people often confuse crocodiles with alligators. 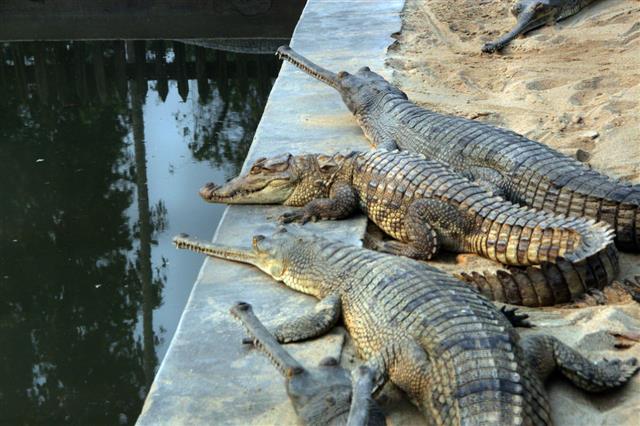 The term ‘crocodiles’ is colloquially used for all the species belonging to the order Crocodilia, i.e., crocodiles, alligators, caimans, and gharials. In true sense, however, it only refers to those species that belong to the family Crocodylidae and therefore, only the members of this family are also called ‘true crocodiles’. The Crocodylidae family is further classified into genus Crocodylus and genus Osteolaemus. 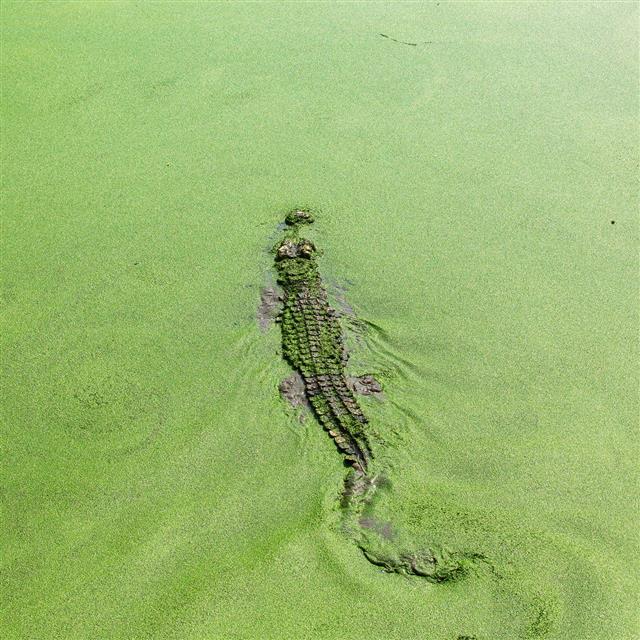 Where do Crocodiles Live? 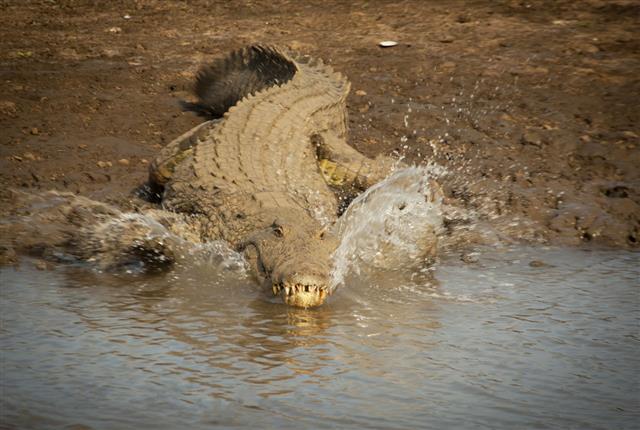 The geographical range of crocodiles spans North America, South America, Asia, Africa, and Australia. The reptiles are not found in Europe and Antarctica. Their natural habitat predominantly comprises freshwater sources, like rivers, lakes, marshlands, etc., as well as the brackish water near the mouth of the river. Given below is the list of all the extant crocodile species along with the details about their range and habitat. 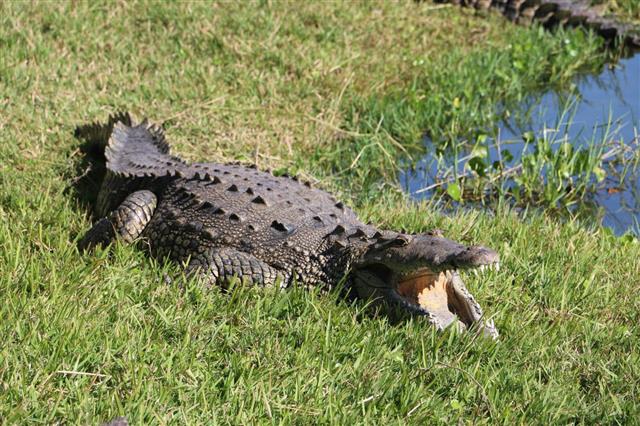 Native to Central America, the American crocodile (Crocodylus acutus) is known to inhabit the mangrove swamps, salt lakes, and freshwater sources close to the mouth of the rivers of this region. It is one of the four extant species of crocodiles found in the Americas.

The Cuban crocodile (Crocodylus rhombifer) is endemic to Cuba’s Zapata Swamp and the Isle of Youth, where it lives in swamps, marshes, and slow-moving rivers. It is one of the four crocodile species, which are enlisted as Critically Endangered species by the IUCN.

The dwarf crocodile (Osteolaemus tetraspis) inhabits the rainforests of sub-Saharan West Africa and West Central Africa. Also known as the African dwarf crocodile or broad-snouted crocodile, it is the smallest of the extant crocodiles in the world.

The Morelet’s crocodile (Crocodylus moreletii), also known as the Mexican crocodile, is found in Latin America, i.e., Mexico, Belize, and Guatemala. Even though it prefers freshwater sources, like swamps, marshes, rivers, and lakes, it is also found in brackish waters along the Atlantic coast at times. 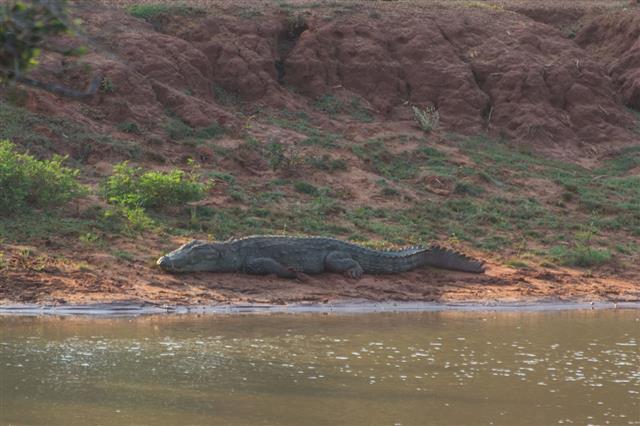 The Mugger crocodile (Crocodylus palustris) is native to the Indian subcontinent, where it lives in freshwater sources like lakes, rivers, and marshes. It is known by various other names, such as the Indian crocodile, Indus crocodile, Persian crocodile (in Iran), marsh crocodile, and at times, simply as mugger.

The New Guinea crocodile (Crocodylus novaeguinae) lives in the freshwater swamps and lakes on the island of New Guinea. Though occasionally, the species is also seen in the brackish coastal waters of the region.

The Nile crocodile (Crocodylus niloticus) is native to the continent of Africa. Usually found in lakes, rivers, and marshlands, the Nile crocodile also ventures into deltas and brackish lakes at times. It is the second largest crocodile species on the planet, and also the most common among the four crocodiles species of Africa.

The Orinoco crocodile (Crocodylus intermedius) is endemic to the Orinoco river basin of South America. Unconfirmed sightings have also been reported from Trinidad. Experts though, are of the opinion that it’s a case of mistaken identity, with people confusing the American crocodile for the Orinoco species. 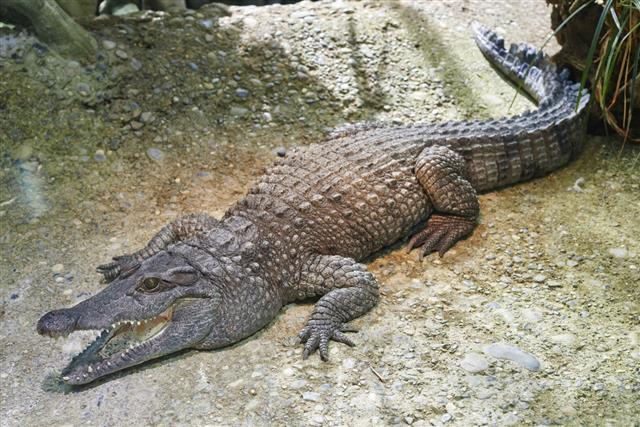 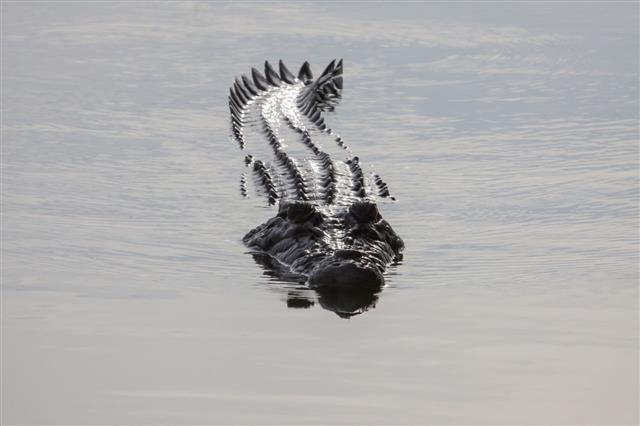 The geographical range of the Saltwater crocodile (Crocodylus porosus), also known as the Indo-Pacific crocodile, spans Southeast Asia and northern Australia, wherein it inhabits the swamps and rivers during the wet season, and estuaries during the dry season. The saltwater species is not just the largest of all living reptiles, but also the largest terrestrial predator on the planet.

The Siamese crocodile (Crocodylus siamensis) is found in Southeast Asia, predominantly on the island nation of Indonesia, where it inhabits freshwater sources like the rivers and lakes as well as marshes and swamps. 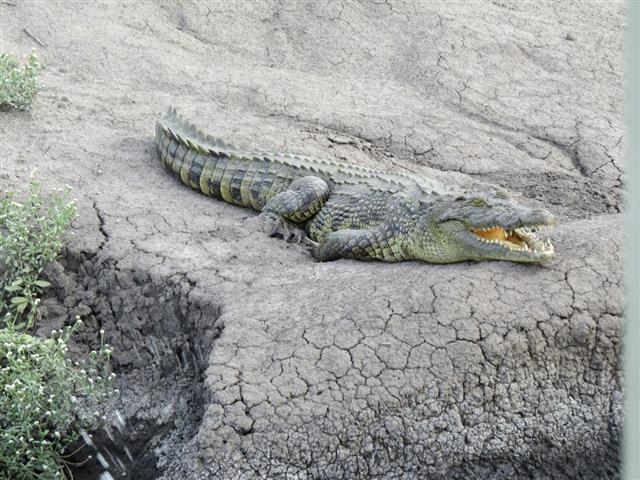 Also known as the desert crocodile, the West African crocodile (Crocodylus suchus) is a species native to the continent of Africa. It has a considerably vast range, which begins in Mauritania in the northwest and comes down to Equatorial Guinea in south.

How the Habitat Influences their Hunting and Diet 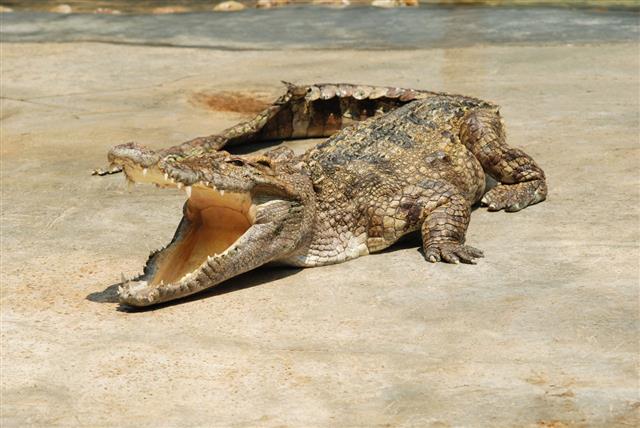 Even though they are fairly terrestrial, crocodiles prefer areas with some source of water in the vicinity. In fact, their diet predominantly consists of large animals which come to drink water. The reptile lies in the water body with only its eyes and nose above the surface, and waits for the prey to come closer. As soon as some animal closes in, it swoops out of water, grabs the animal with its strong teeth, and drags it into the water. The immense size of crocodiles make it relatively easy for them to grab their prey. With the biggest crocodile species in the world attaining a length of 20 ft. or so at full growth, even large animals find it difficult to escape from this beast.

Crocodiles are killed in large numbers primarily for their hide (skin), which is used to make handbags, wallets, briefcases, and other exotic items that have a huge demand in the international market. That has brought about a significant decline in the crocodile population the world over. Several subspecies have been either declared vulnerable or endangered by the International Union for Conservation of Nature (IUCN). 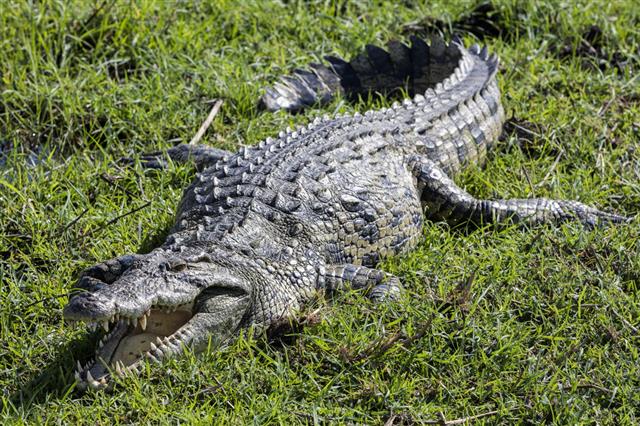