The flounder fish is known for its unusual change in body structure, especially the position of its eyes. This astonishing fish goes through an unbelievable transmutation, that takes it from a normal appearing fish at birth, to a round flatfish at maturity. 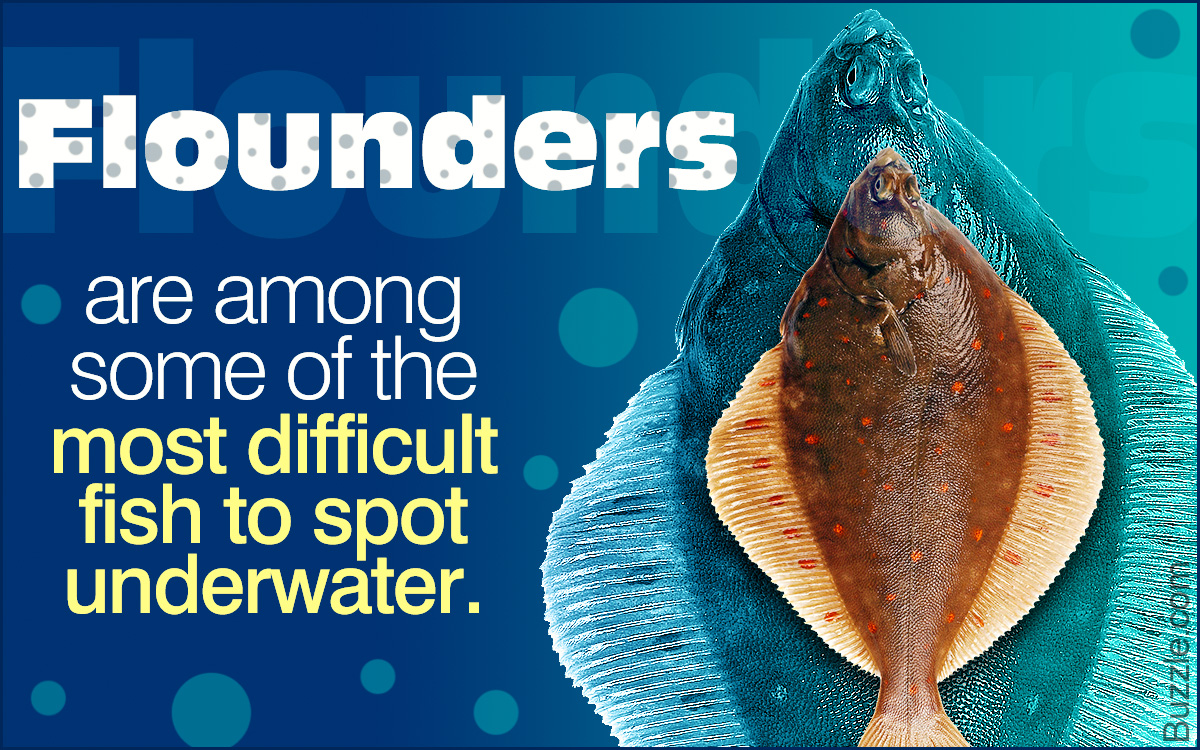 The flounder fish is known for its unusual change in body structure, especially the position of its eyes. This astonishing fish goes through an unbelievable transmutation, that takes it from a normal appearing fish at birth, to a round flatfish at maturity.

In 1960, a Swiss scientist and a US navy lieutenant discovered the flounder at the bottom of the deepest part of the Pacific Ocean – the Marina Trench, at a depth of 35,814ft. Flounder fish are a type of flatfish that are found in the warm coastal waters of the Northern Atlantic and Pacific Oceans, Canada, and the United States. There are many species of flounder fish around. They belong to the Pleuronectidae, Paralichthyidae, Bothidae, and Achiropsettidae families. Flounders are mainly differentiated according to the location of their eyes and color. The Pleuronectidae family consists of species who have eyes on the right side; whereas species from the Bothidae and Paralichthyidae families have their eyes on the left side.

Flounder Fish Facts
Flounder fish resemble a flat, circular ball, with fins circling around. These fish are normally brown in color, but can acquire a variety of colors, like red, orange, green, and blue.
Flounder fish can evolve into different sizes. Generally, their length and weight depends on the species they belong to. Some flounders, like the sole fish, are only a few inches long; while others, like the halibut, can grow up to greater lengths. For some flounder species, the only fish in the sea that are bigger than them are the whale sharks.
Most species make their home in warm or moderate oceans, although, a few of them are also found in the Arctic waters. They are predominantly found in the shallow waters along the coast, where they blend so well with their surroundings, that they are hardly visible. These fish are mostly nocturnal.
Flounders are demersal fish that feed on the bottom of sea bed. They are also known to be ambush predators. They do not go after their prey, instead, they wait for it to come to them. They like to eat a wide range of ocean foods. Some of them habitually eat other fish, while others eat worms, mollusks, and craw fish. These fish seem to be fairly choosy on what they want to eat.
In its lifetime, a flounder fish undergoes unusual transformation in its structure. When the egg hatches, like most other fish, it has eyes on both sides of its head. After a few days, it begins to lean to one side, and the eye on the opposite side migrates to the side to which it leans. In this way, the side that has both eyes becomes the top of the fish, and the eyeless side starts fading and becomes the bottom.
In most flounder species, spawning occurs during the hotter months of the year. Some species migrate from deeper waters to the coastal breeding grounds, while others move along the coast to their preferred spawning site. After spawning, the eggs are deposited by the females, where they float in the water due to a small oil bubble present in every egg. In case of some species, the eggs remain near the bottom within the vegetation area, while in other species, the eggs rise to the shallow surface.
After hatching from the eggs, the tiny creatures appear with eyes on both sides of their head. The newborns drift along in the waters, freely feeding on plankton and midget crustaceans. As they reach their adulthood, they move to the bottom of their habitat, where they adapt to a bottom-dwelling existence.
Depending on the home ground of flounder fish, the camouflaging coloration may be dappled to match different colors along the bottom or in some areas with sandy bottoms. Some flounders camouflage their bodies and appear invisible to predators, as they dig themselves into the bottom, using their fins to settle the ground material over their bodies.
Most species have outward-bulging eyes, that move as they watch for predators or prey. Most often, the only part of this bottom-dweller that is visible, are its eyes. If it is disturbed, it rapidly swims away in a motion that throws up all the bottom silt around its body. After it reaches a safe place away from the disturbance, it settles back on the bottom and becomes invisible again.
Because of a good camouflage, the flounder can hardly be spotted. But its most likely predators are big fish, eels, sharks, and humans.

Flounder is a game fish, and due to overfishing, there has been a big drop in its population. Industrial pollution is also contributing to its decreasing numbers.