A List of Different Types of Flying Insects With Pictures

Insects are a group of organisms that possess maximum diversity. It is estimated that about 6 - 10 million species of insects exist on the Earth, some of which are not even identified as yet. There are many types of flying insects, each characterized by specific features. Some of the commonly observed ones are beetles, grasshoppers, bugs, stick insects, and butterflies.

You are here: Home / Uncategorized / A List of Different Types of Flying Insects With Pictures

Insects are a group of organisms that possess maximum diversity. It is estimated that about 6 – 10 million species of insects exist on the Earth, some of which are not even identified as yet. There are many types of flying insects, each characterized by specific features. Some of the commonly observed ones are beetles, grasshoppers, bugs, stick insects, and butterflies. 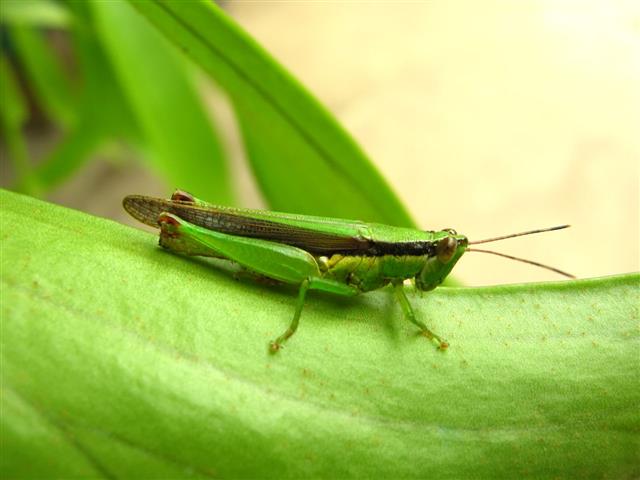 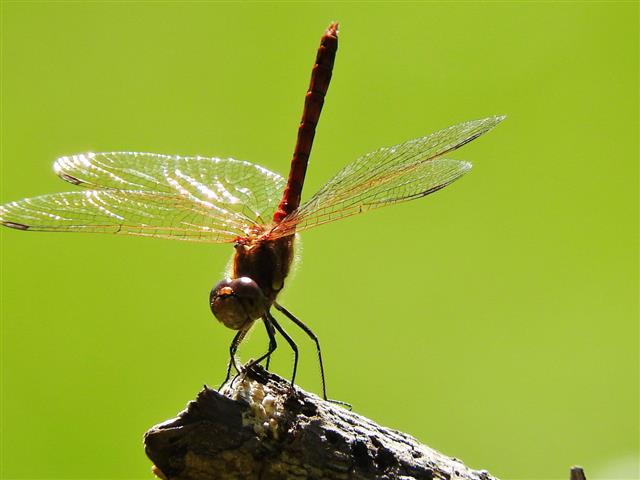 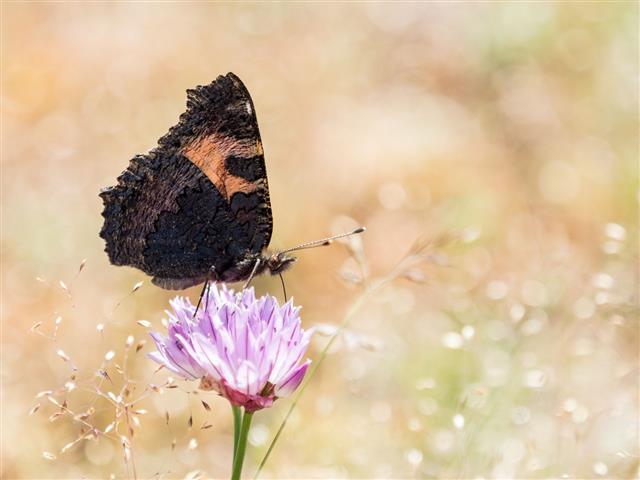 ~ Insects belong to the phylum Arthropoda and class Insecta or Hexapoda.
~ Like other arthropods, they have a hard exoskeleton (no endoskeleton), a segmented body (head, thorax, and abdomen) and jointed appendages.
~ Their characteristic features are compound eyes, two antennae, presence of one or two pairs of wings (except for some species), and breathing through spiracles.
~ The wings (if present) and legs are attached to the thoracic region.

The Features of Flying Insects

The evolution of winged insects is a controversial topic. While some researchers claim that their wings evolved from gills, many are of the opinion that they are paranotal in origin. Though majority of the insects possess wings (e.g., butterfly), some primitive species are wingless (e.g., silverfish). Thus, based on the presence or absence of wings, the class Insecta is further classified into two subclasses, viz., Apterygota (wingless insects) and Pterogyta (winged insects).
In addition to wings, another distinguishing feature between Apterogyta and Pterogyta is that insects belonging to the former subclass do not undergo metamorphosis, whereas, the insects of the latter group go through simple (without pupal stage) or complete metamorphosis. In total, there are 25 orders of the subclass Pterogyta or winged insects.

The Different Types of Flying Insects

~ Dragonflies and damselflies belong to the order Odonata, which are characterized by the presence of toothed jaws and very large eyes.
~ They are commonly found in tropical climatic conditions, particularly in areas where there is availability of freshwater.
~ Since the wings of these insects cannot be folded, they are referred to as ‘primitive winged’ insects.
~ About 5,000 insect species are identified under this order.

~ Insects belonging to the order Plecoptera include various types of stoneflies.
~ They are classified as some of the most primitive species. The wings are membranous and are characterized by a complex venation pattern.
~ The larvae are aquatic in habitat and undergo metamorphosis without the pupal stage. Hence, adults are mostly found near freshwater bodies.
~ There are about 3,000 species of insects in this order.

~ Majority of the herbivorous insects belong to the order Orthoptera. Familiar examples include grasshopper, locusts, and crickets.
~ They undergo complete metamorphosis and are well-known for their propelling ability; they can jump more than 20 times of their body length in one go.
~ They are found in a terrestrial habitat.
~ More than 20,000 insect species are identified under this order.

~ The order Dictyoptera includes insects that have leathery wings and chewing mouthparts, like the cockroach and praying mantis.
~ The term itself means network wings and you can identify insects of this order from the characteristic veins present in the wings.
~ Dictyoptera insects are found universally and some species are strictly terrestrial.
~ About 6,000 species are identified under this order.

~ They undergo incomplete metamorphosis and can be easily identified by their camouflage.
~ Members belonging to this order can measure from 1 inch in length to as long as a foot.
~ The stick insects, named due their resemblance to sticks, are the longest insects in the world.
~ As of now, about 3,000 insects are identified under this order.

~ Insects belonging to the order Hemiptera are characterized by their piercing and sucking mouthparts, and half membranous forewings (thick at the base and membranous at the tips).
~ Examples of these insects are hoppers, aphids, and water bugs.
~ This order includes highly diverse insects. While some are adapted to aquatic habitats, others are terrestrial.
~ In total, about 70,000 species are identified under this order.

~ The order Lepidoptera is the second largest order of insects and includes more than 100,000 species. Moths and butterflies belong to this insect order.
~ They are characterized by large eyes and wings, in which small scales overlap with each other.
~ Another feature of these insects is the presence of a simple eye, known as ocellus, on the top of each compound eye.
~ They can also be identified by their vibrantly colored wings.

~ The order Coleoptera represents a large insect group, comprising more than 350,000 insect species.
~ Beetles, glowworms, and fireflies are grouped under this order.
~ These insects are characterized by their hardened and thickened forewings (elytra), which cover the delicate hind wings and the entire body.
~ They may be aquatic or terrestrial in habit. As far as feeding is concerned, they munch plants and/or other insects.

~ The order Diptera, also known as true flies, include mosquitoes, gnats, flesh flies, and midges.
~ Their characteristic feature is the presence of two pairs of wings, of which only the forewings are functional, and the hind wings are replaced by modified wings called halteres.
~ Other identifying traits are extra-large compound eyes and sponging or biting mouthparts.
~ More than 100,000 insect species are identified under this order.

~ Hymenoptera, as the name suggests, is an order that encompasses insects with membranous wings.
~ It is the third largest order of class Hexapoda, comprising about 100,000 species.
~ Hymenoptera include insects such as ants, horntail, bees, and wasps.
~ The two pairs of wings (forewings and hind wings) are joined via the hamuli, which are tiny hooks. Hence, at the time of flight, both the wings function in coordination.

~ The most common species of the order Isoptera is the termite.
~ They have a pair of antennae, chewing mouthparts, tapering body, and two pairs of membranous wings.
~ They play a major role in decomposing material in the forest ecosystem by feeding on dead and decayed plant parts.
~ Some species are identified as pests, as they feed on wood furniture.
~ In this order, there are over 3,000 insect species.

~ If you come across an insect with silky hair in the wings and body, it is most likely, a species of the Trichoptera order. At the first glance, it resembles a moth, except for the hairy wings (wings of moths are scaly).
~ Classic examples of this insect group are caddisflies or sedges.
~ The larval stage of these flies is aquatic, while the adults are terrestrial and nocturnal in habit.
~ About 12,000 species are classified scientifically under this order.

~ Mayflies are the only insects belonging to this order of flying insects.
~ The triangular-shaped membranous wings, exceptionally small hind wings, and tail like structures (2 – 3 in number) are the identifying features of mayflies. While resting on the ground, the wings are pointed upwards.
~ The nymph stage of mayflies is aquatic and similar to adult flies, except for the absence of wings. Adults live for a very short time, usually 1 – 2 days.

These are some of the flying insects that we come across in our surroundings. Some insects cause destruction to crops and are identified as pests. Many are referred to as ‘farmer’s friend’ as they feed on other destructive pests, indirectly increasing the crop yield. In a nutshell, both winged and wingless insects play a major role in the food chain and the overall functioning of an ecosystem. 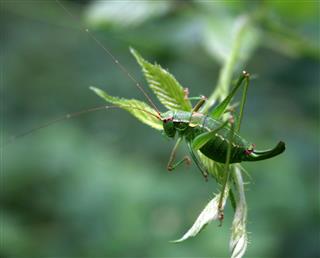 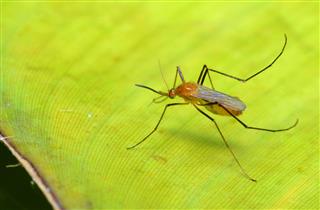 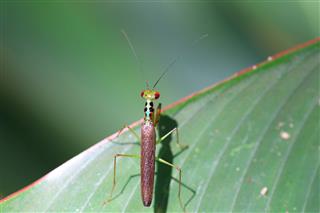 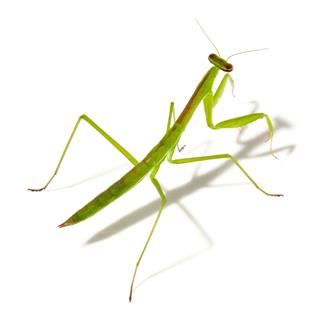 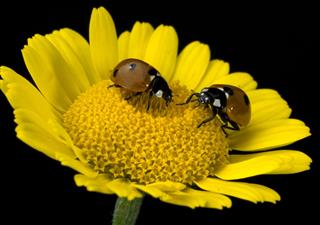 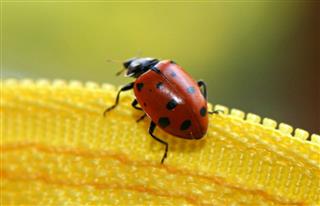 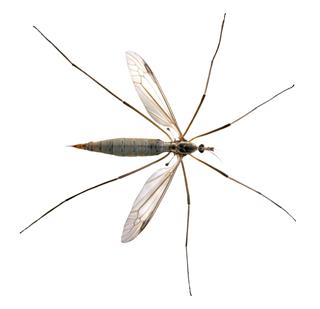 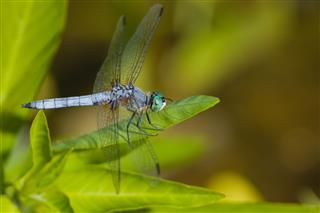