Frog Habitat Facts With Stunning Pictures of Their Dwellings

Frogs are amphibians, which means that they typically live on land but breed underwater. So, what is the habitat of a frog? They are generally near a water body. This article will describe the natural frog's habitat, the commercial aquarium habitat, and will guide you on how to make your garden into a favorable environment for these amphibians.

You are here: Home / Uncategorized / Frog Habitat Facts With Stunning Pictures of Their Dwellings 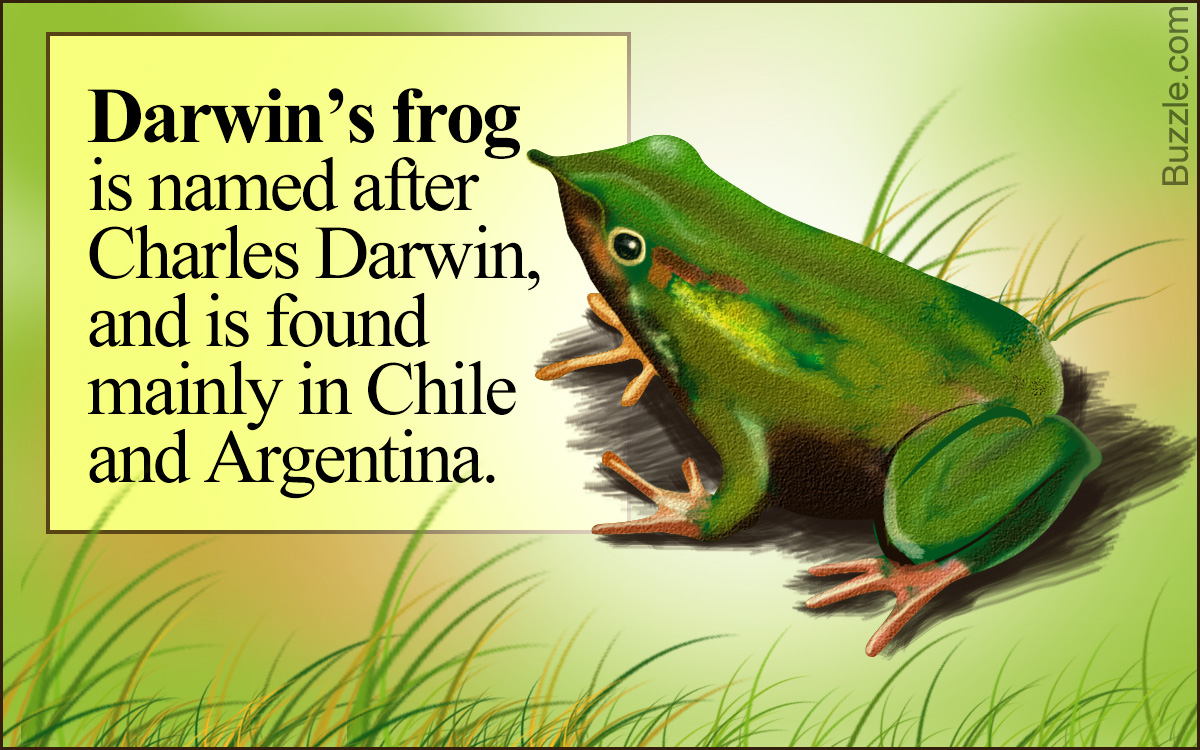 Frogs are amphibians, which means that they typically live on land but breed underwater. So, what is the habitat of a frog? They are generally near a water body. This article will describe the natural frog’s habitat, the commercial aquarium habitat, and will guide you on how to make your garden into a favorable environment for these amphibians. 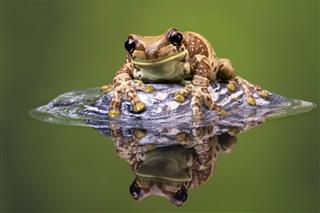 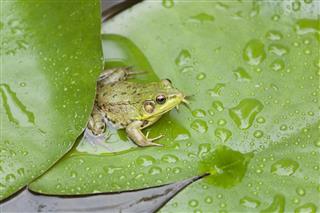 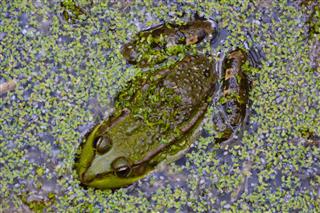 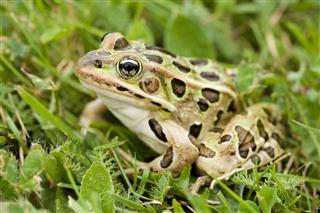 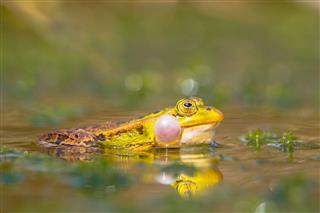 Frogs form an important part of the ecological system as they feed on bugs, and serve as food for many predators such as birds. However, due to chemical pollution and the destruction of wetlands for construction purposes, there is a huge decline in their habitat.

There are over 5,000 species of frogs (and still counting). One of the groups include the poison dart frogs that are toxic and have interesting and vibrant color patterns on their bodies. There is another species called green tree frogs that are translucent green in color, and if you see their belly down on a piece of glass, you can watch the internal organs and the heart of the frog! The huge range of this species can be found all over the world, and hence, there are different habitats, but frogs are generally seen near semi-aquatic lands.

Frogs, being amphibians, begin their lives in water, moving onto lands in their adulthood. Having said that, there are various species of frogs that don’t follow the cycle – some are adapted to live on trees, while some spend their lives in the water throughout.

Those dwelling in desert areas burrow into the ground and go into the dormant state during the dry season. This state is called estivation; they return in the rainy season. While those living in colder regions undergo hibernation in winters – burrowing into mud, or underneath the foliage litter. Some also freeze in colder climates and get thawed in the spring. This is their outstanding adaption to varying climates.

Since the lifecycle of a frog is proportional to its habitat, let’s consider it in detail.

Interrelation Between the Life Cycle and Habitat 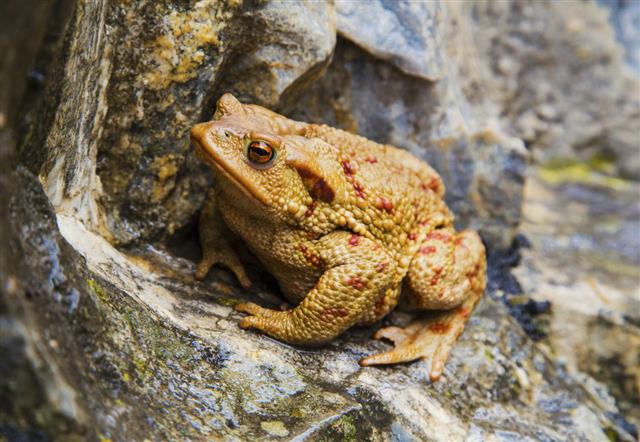 Those very keen on keeping frogs as pets, especially kids, can go in for creating a habitat for them and petting them. You can buy a commercial frog aquarium for the kids or build all by yourself a frog habitat, and by creating the habitat you will be, in a way, helping the environment!

Creating a proper tank setup is very essential. Children can buy the commercial aquariums that are designed especially for frogs. These frog habitats or aquariums have interesting inbuilt materials. A quick gist about the types of tanks available in market, so that you can buy the one that is most suited to your frog species and its requirements.

Terrestrial tank: Terrestrial aquariums are apt for those that dwell in dry climates.

Aquatic tank: This tank is the general fish tank that has water in it. (It might get fishy if you clutter up with fish!)

Half-and-half tank: As the name goes, this has half water and half landmass setup, which will fit the bill for many species of frog.

Arboreal tank: These tanks are designed for tree frogs, which dwell on branches of trees.

Adults can create an environment for the frogs, or transform a section of their garden into a habitat for frogs. With the above-mentioned needs of the frogs, one will need to take care of other things too, to create and maintain a frog pond. 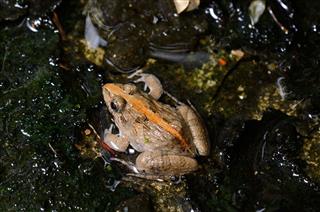 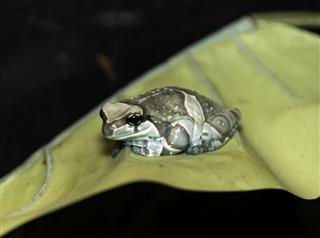 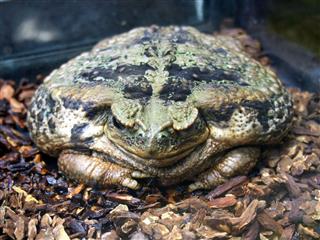 This way, you will have your own frog pond in your garden and you can get to watch the life cycle of frogs. 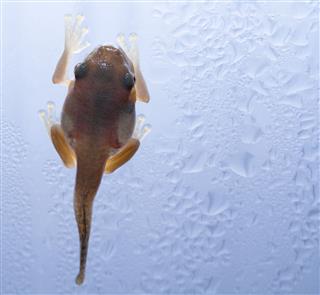 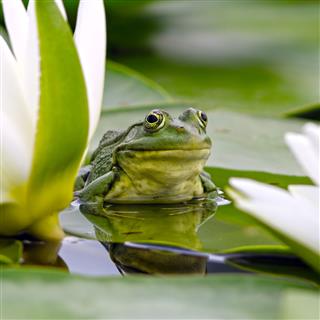 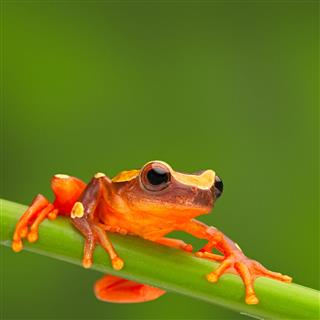 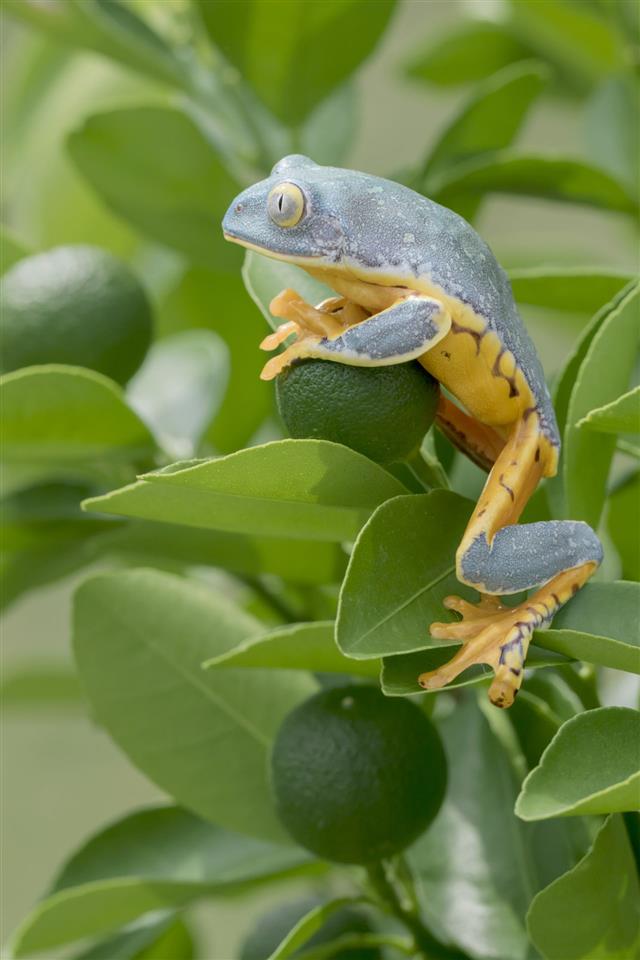