Did You Know That the Cutesy Habitat of Sea Lions is so Vast!

Sea lions are wondrous creatures of the water that have the ability to walk on all four flippers on land. They belong to the suborder Pinnipedia which is Latin for 'fin-footed'. This article provides some information about their habitat and some other facts.

You are here: Home / Uncategorized / Did You Know That the Cutesy Habitat of Sea Lions is so Vast! 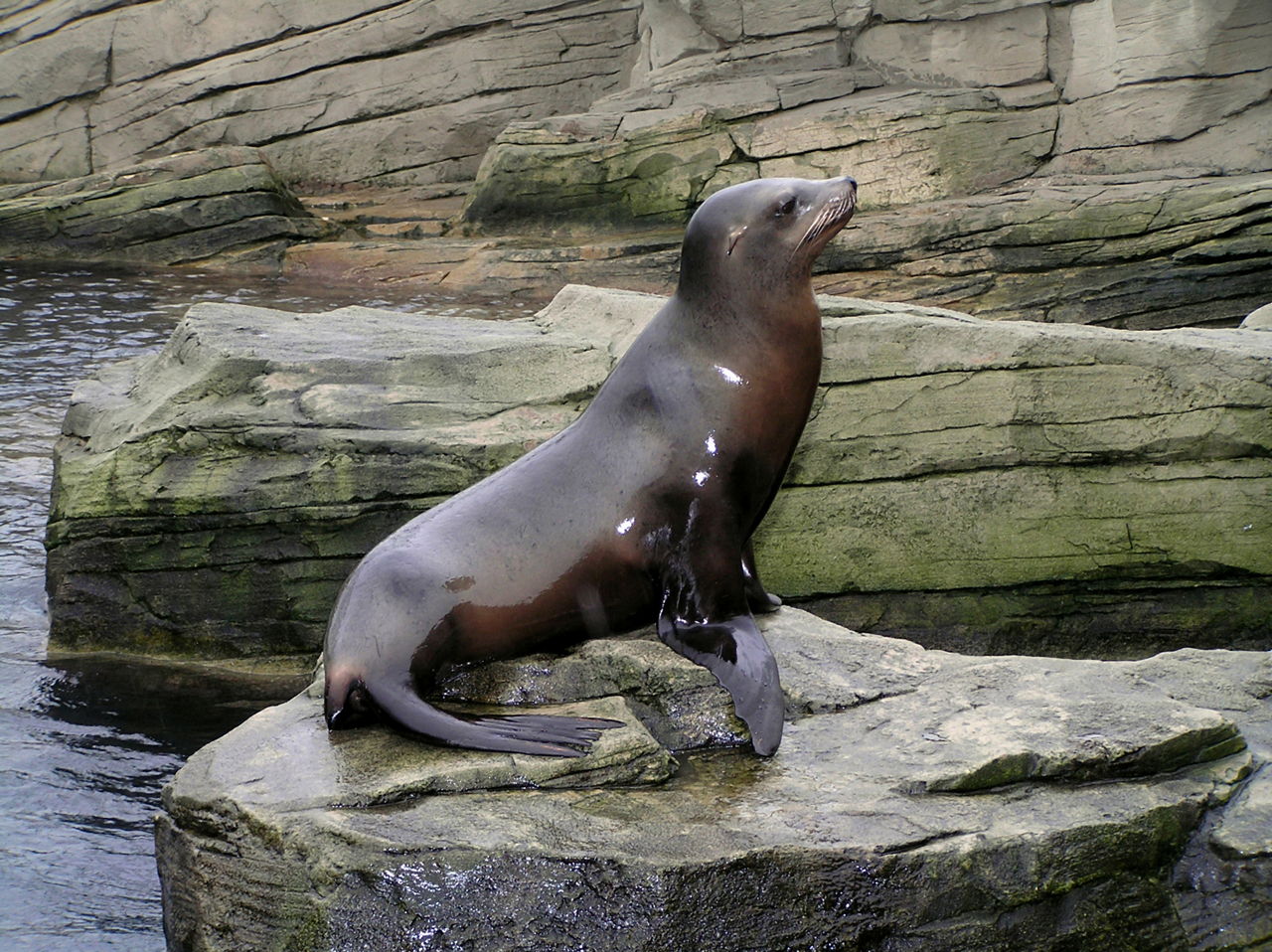 Sea lions are wondrous creatures of the water that have the ability to walk on all four flippers on land. They belong to the suborder Pinnipedia which is Latin for ‘fin-footed’. This article provides some information about their habitat and some other facts.

Often confused with seals, sea lions have their own distinct intelligent identity that makes them the favored ones to be trained by the U.S. Navy’s Marine Mammal Program based in San Diego to detain and help scuba divers. They are mammals that live in the oceans and roam the land close to it. In their natural habitat, they live up to 10-15 years. However, in captivity, aided by a healthy environment, they can live up to 25-35 years. They are not very aggressive towards humans, and although there have been instances of attacks, they are few and far between. Most species are readily trainable and widely-used for entertainment as well as rescue operations. 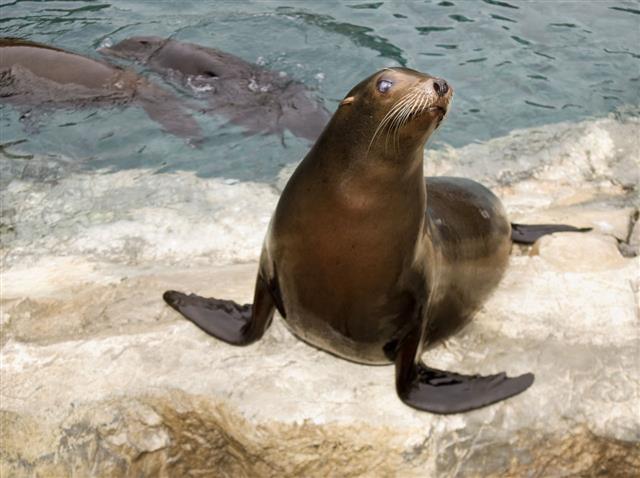 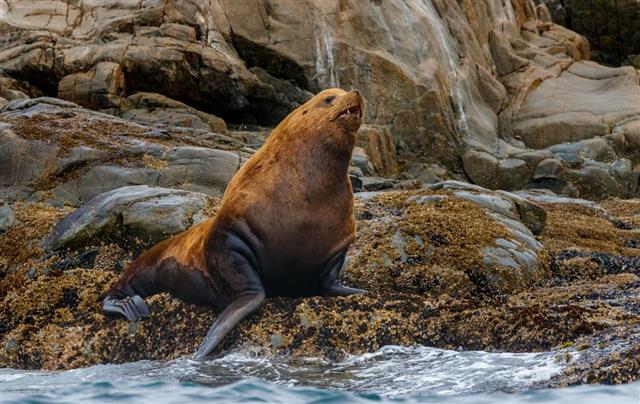 Sea lions can be easily distinguished from other members of their order as they have external ear flaps and long front flippers that let them walk easily on land. Depending on their type, they weigh about a ton and are 2.4 to 2.8 meters in size. They have slightly-elongated faces with little whiskers on both sides close to their nostrils. Their ‘cute’ appearance has made them a popular attraction in aquariums and zoos worldwide. However, they are vicious carnivores, and strangely, evolutionarily related to wolves and bears. They hunt fish, squid, octopi, and smaller pennipids (seals and smaller sea lions) using their conical-shaped canine teeth. Although a part of oceanic life, they can only stay underwater for 10-15 minutes at a stretch.

They cannot survive far from the ocean. As a result, they can be found on coastlines of virtually every ocean except the North Atlantic. This includes the tropics as well as subpolar waters near both poles. For instance, the largest type, the Steller, is found on either side of the Bering strait. As apex predators, sea lions follow their prey and choose the most fertile oceanic regions to colonize. These include the Pacific coast of both American continents and Polynesia. Due to the large size of their colonies, they need suitably large and plain (sandy or rocky) shores to colonize.

Habitat Distribution According to Types

Primarily, there are seven known species that have been identified. They belong to the seven genera of modern pinnipeds. 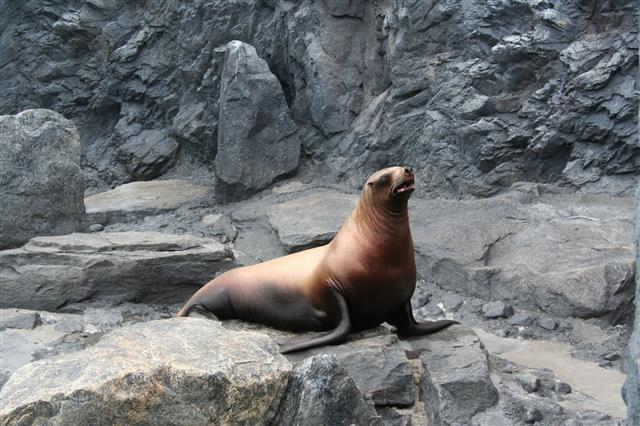 Steller Sea Lion: Also known as the Northern sea lion, stellers are the largest of all, with males weighing up to 1,100 kg and females about half that weight. They are mostly found off the northern Pacific coasts from Japan to California. 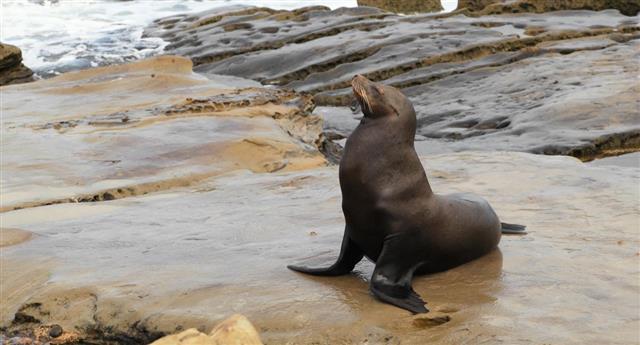 California Sea Lion: These can be found along the Pacific coast of North America, from Canada’s British Columbia to the vast coastline stretch of Baja California in Mexico. They are the most vocal of all. 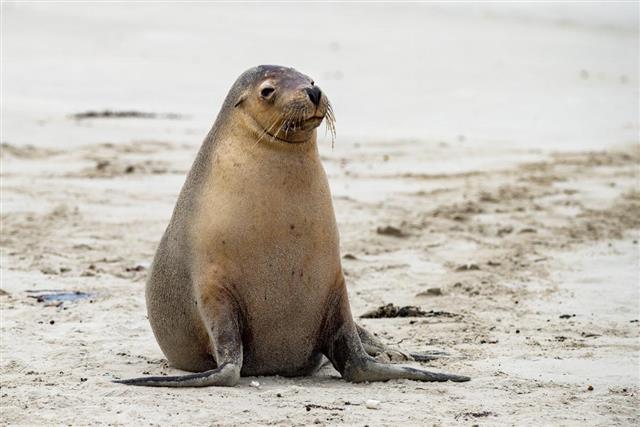 Australian Sea Lion: As the name suggests, these sea lions are only found in the South and West of Australia. The pups need to be saved from the adult males, as most adult males see pups as a threat to their breeding dominance. 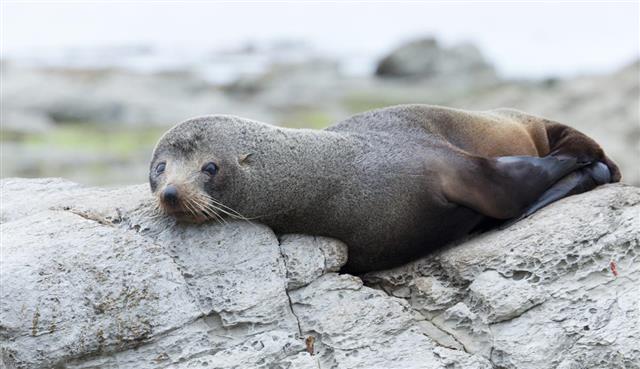 New Zealand Sea Lion: Commonly known as the ‘Hooker Sea Lions’, these are mostly found on the southern coast of New Zealand. Due to an outbreak of disease, nearly half the population was killed. However, with concentrated efforts, the numbers are on a rise. 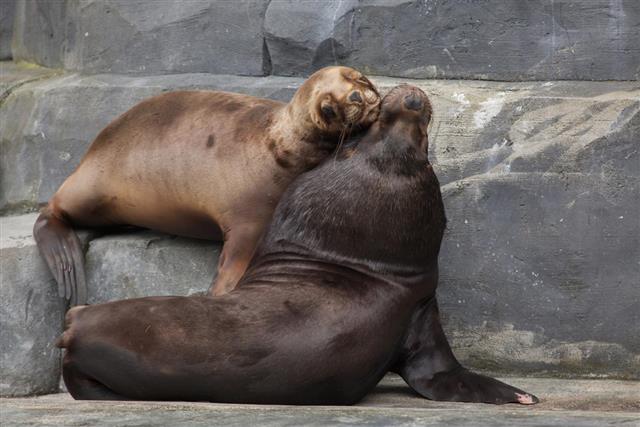 South American Sea Lions: These can be found along the Pacific coast and South Atlantic coast of South America including the Falkland Islands. They have an extremely large head as compared to the others and an upturned snout that gives them an odd look. 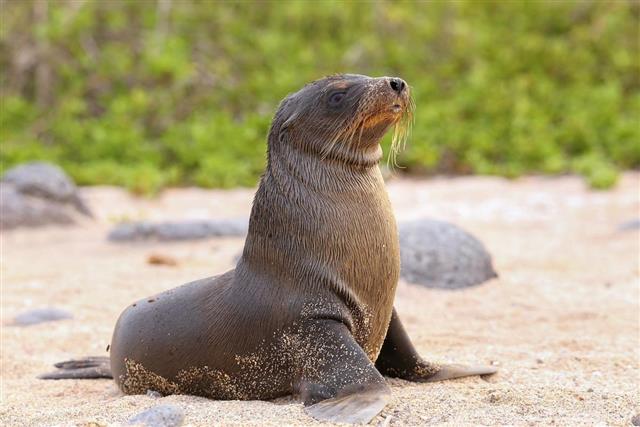 Galapagos Sea Lion: These are found on the islands of the Galapagos Archipelago and Isla de la Plata, where they can be seen swimming in the ocean or soaking up the sun right beside tourists. They are considered to be very social. 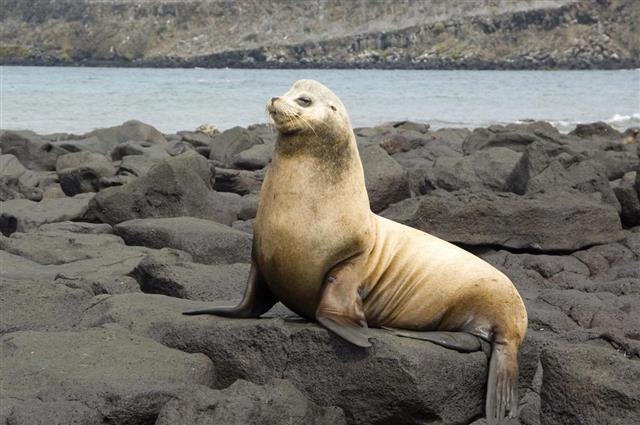 Japanese Sea Lion: The Japanese sea lions have been extinct since the 1950s. They were hunted down as they were considered to be a threat to the fisheries along the coast of Japan.

Of the seven types in existence, the Australian sea lion has a different breeding cycle. The rest usually start their breeding season in May. The males are very territorial in nature during this period. Both males and females are capable of reproduction at about five years of age, and the female can bear up to one pup every year. Pups weigh between 13-15 pounds at birth. Females have a 10-12 month gestation period. Upon birth, the females will nurse the young pups for a period of 4-12 months. Most pups are known to follow their mothers for several years. They are recognized by their mothers by a keen sense of individualistic smell.

The habitat and population of these inquisitive, playful, attractive, and endearing creatures is under attack from the onslaught of commercial fishing and to make way for sea resorts and other allied properties. 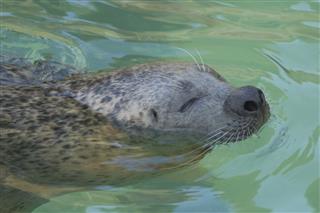 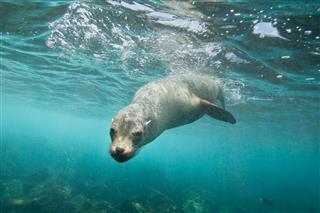