These Animals Found in the Gobi Desert are Really Intriguing

Gobi Desert is home to some of the most fascinating members of kingdom Animalia, and that isn't surprising considering that the fossil remains recovered from this region reveal that it has had its share of dinosaurs and other large land mammals in the past.

You are here: Home / Uncategorized / These Animals Found in the Gobi Desert are Really Intriguing 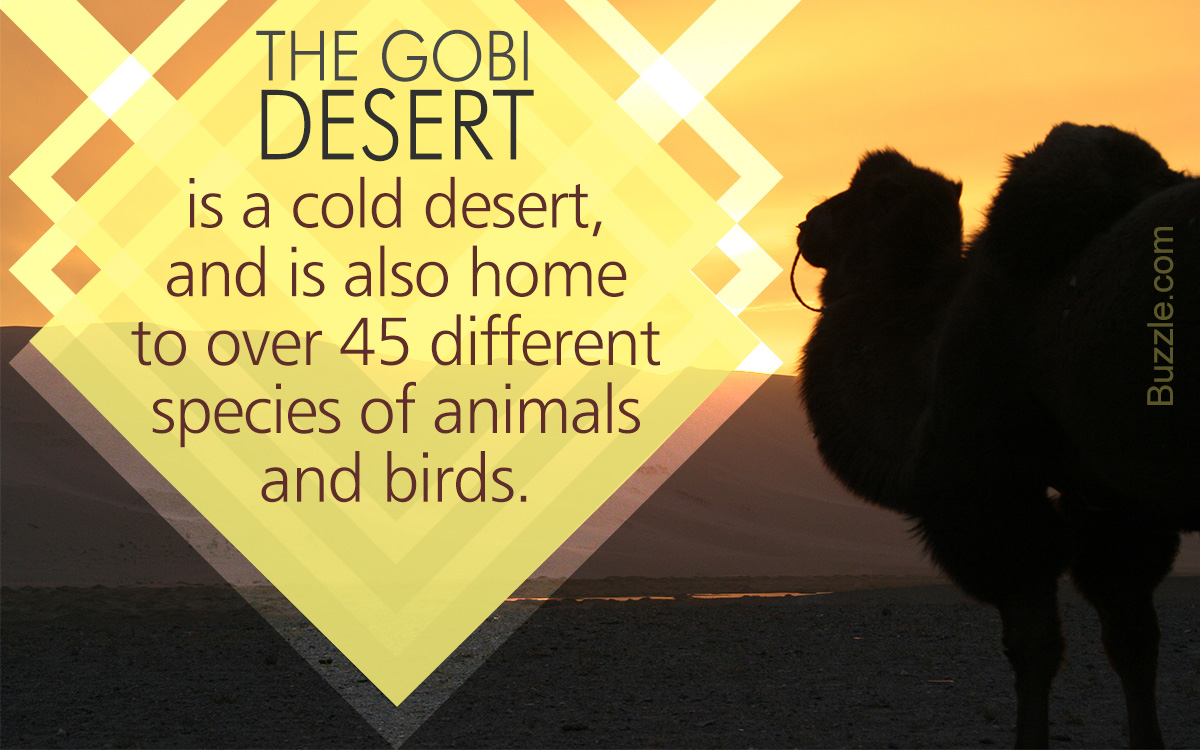 Gobi Desert is home to some of the most fascinating members of kingdom Animalia, and that isn’t surprising considering that the fossil remains recovered from this region reveal that it has had its share of dinosaurs and other large land mammals in the past. 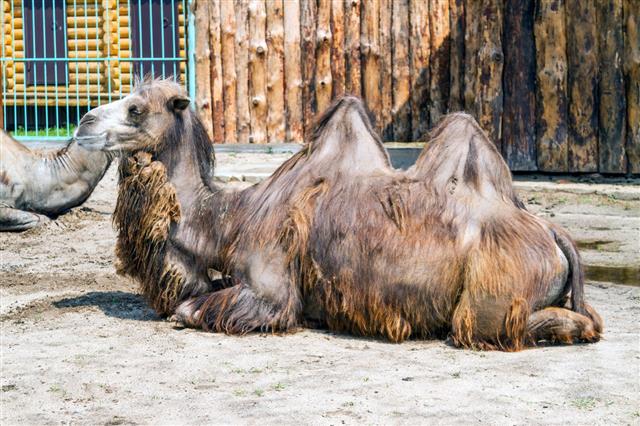 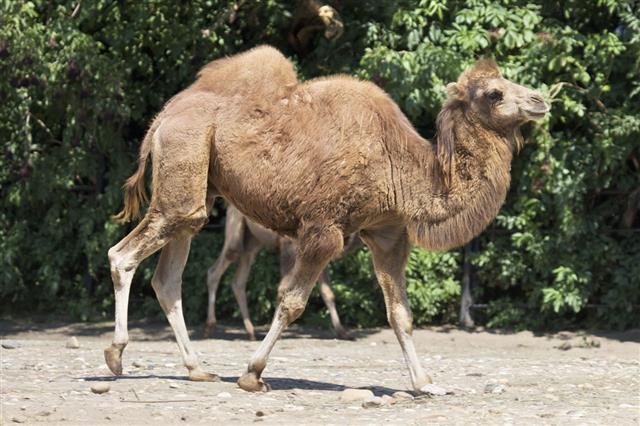 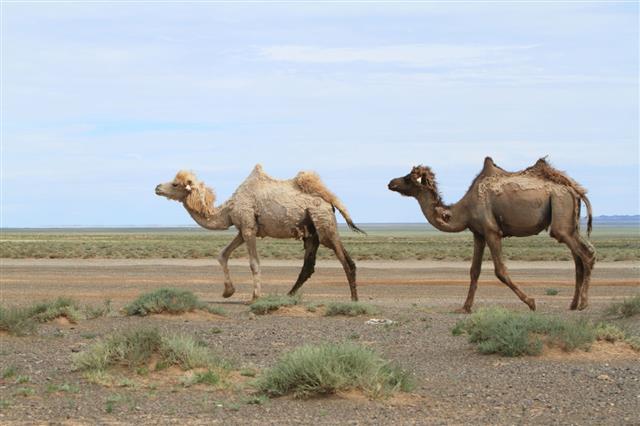 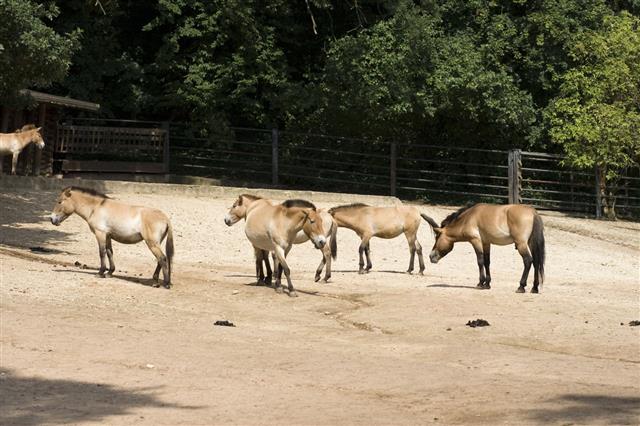 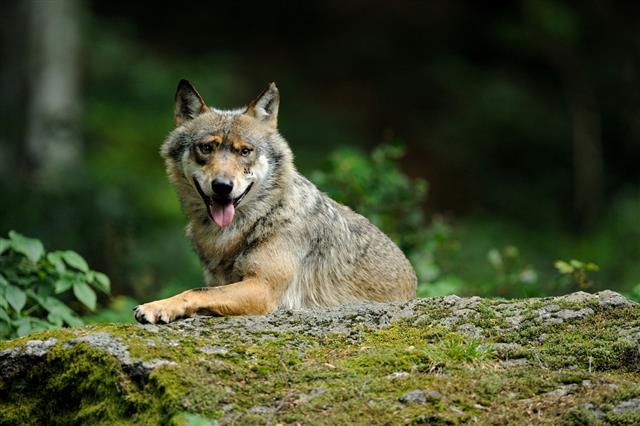 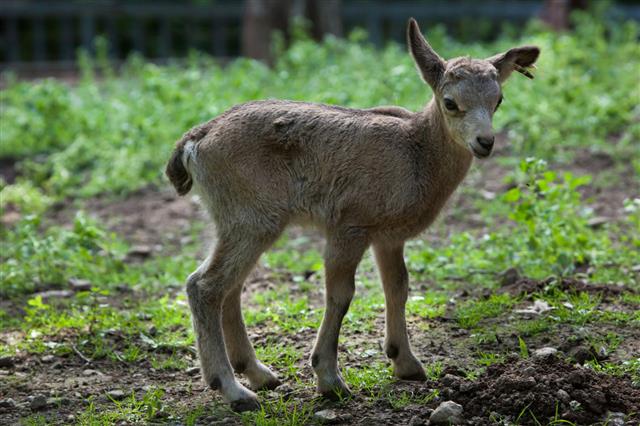 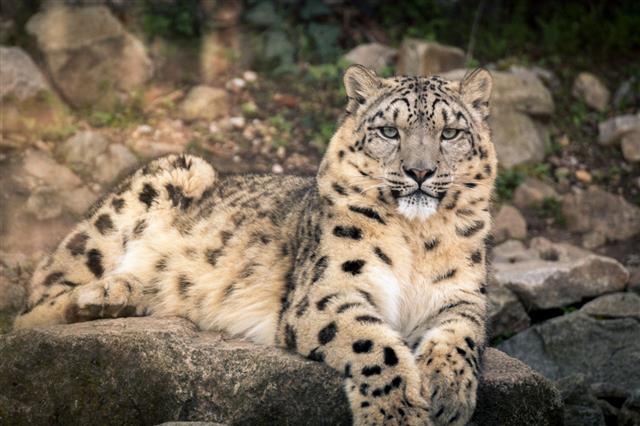 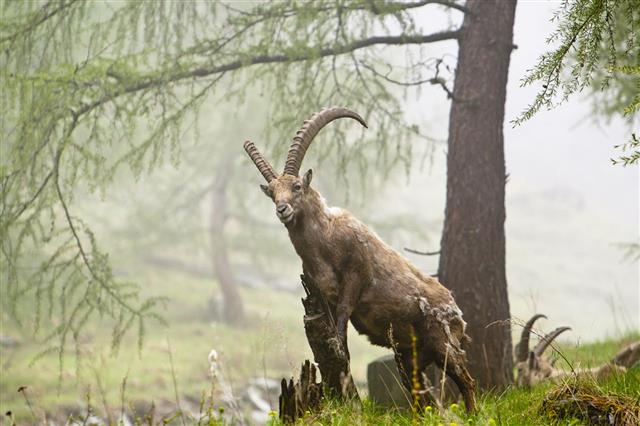 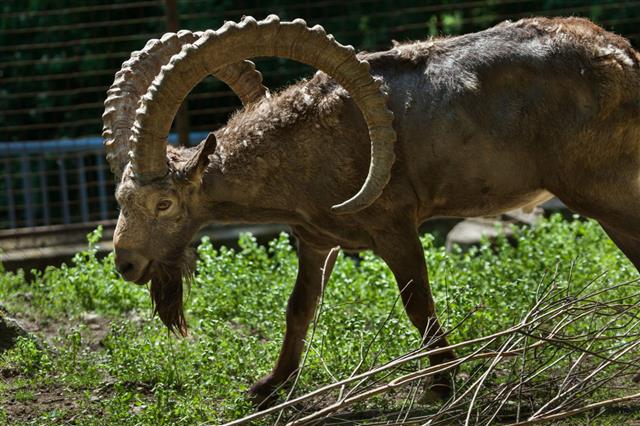 The Gobi Desert is the largest desert in Asia, and the fifth largest in the world.


Located in northwestern China and spread to southern Mongolia, it is both hot and cold desert. Extreme climate and temperature fluctuations, at times within 24 hours, are characteristic features of this region. For a region marked by such weather extremes, Gobi boasts of being highly diverse in terms of fauna. The animals found here range from tiny insects to large mammals like the bactrian camel and species like snow leopards which come visiting from the neighboring regions.

Animals of the Gobi Desert

Camels, also known as the ‘ship of the desert’, are one of the common animals seen in deserts across the globe. Restricted to the Gobi and Taklamakan deserts, the Bactrian camel has some distinctive features. It has two humps, which stores food in the form of fat, that can be converted into water. This enables the camel to remain without food or water for about two weeks. Camels have long legs and padded feet to prevent their feet from sinking into the sand and help in keeping their body above the hot surface of the sand. Their nostrils also have flaps that help in sealing the nose during a sandstorm, to prevent sand particles from entering it. They can bear the extreme heat and they have thick coats to reflect the sun’s rays.

The Gobi bear (Ursus arctos gobiensis) is much smaller than its cousins, the brown bears. This bear, also known as Mazaalai bear in local Mongolian language, can be found in the rocky regions of the Gobi desert. It is an omnivore with a diet consisting of berries, grass roots, lizards and mice etc. It also survives on insects and grasshoppers. These bears practice hibernation or winter sleep. The Gobi bear is on the endangered animals list with only about 30 left.

Large and hairy, this species of arachnids can be found in burrows, creeks and under rocks. The females are usually larger than their male counterparts. These spiders are seen out during the day and make an appearance at dusk. Being carnivores, tarantulas feed on grasshoppers, beetles, small reptiles like lizards and snakes, frogs and other arachnids. They may also prey on small birds. A tarantula has a very unique way of hunting. It catches the prey and injects a venom into its body, which dissolves the soft tissues. The spider then devours the flesh, leaving the empty shell behind.

The Gobi desert is also home to the golden eagle, which is a large and powerful bird of prey. With a wingspan of 1.8 to 2.3 meters, this raptor has darker plumage with hints of white on the tail. This may fade as the bird ages. In the wild, a golden eagle can live up to the age of 18 years. The eagle normally preys on jerboa, but its diet also consists of ground squirrels, large insects, rodents, reptiles etc. It also feeds on carrion, which is the decaying remains of a dead animal. These days, golden eagles are tamed and used for hunting.

A non-venomous desert snake, the gopher snake can grow up to a length that may range between 35 and 96 inches. They have a cream-yellow to green-gray to tan colored body with brown patterns running the entire length of the body. Slow-moving and cold-blooded, these snakes can be seen moving around during the day. But in summers, they become nocturnal, owing to intense heat during the day. This reptile hunts in rocky creeks and burrows where it feeds on desert rodents, lizards and occasionally other snakes.

Canis lupus linnaeus or the gray wolf can be found throughout the Mongolian desert. Being the largest member of the dog family, this animal is highly territorial, marking its boundary from trespassers. Roaming around in packs, they normally dwell in mountainous regions, with a few of them scattered across the desert. The life span of this animal is approximately six to eight years. Gobi desert wolves normally hunt black-tail antelope, khulan (wild ass), wild camel, argali sheep, ibex, hare, some rodents and other smaller animals in that region.

A type of mountain goat, the Asiatic ibex has a dark brown coat (to combat harsh desert winters), which turn a lighter shade during spring. The striking feature of this wild goat is its large, imposing and curved horns measuring up to two feet. The females have smaller horns, which are pointed at the end. The feet have hooves, that help the animal maintain balance while treading rocky surfaces and cliffs, making them excellent climbers. A herbivore, the ibex feeds on grasses, foliage and stems of shrubs and bushes, and also on lichens.

Inhabiting the higher mountain ridges of the desert, the snow leopard is the biggest member of the cat family. It can be commonly found on the Eastern Gobi desert steppe. The thick, lush light-colored fur acts as a camouflage for this mammal, while hunting. This powerful predator preys on ibex, wild goat and sheep. In times of food scarcity (during winter), the large cat may hunt on livestock living on the slopes, thereby posing a threat to farmers and herdsmen.

A small rodent, similar to a mouse, the jerboa is a mammal living in deep burrows. Having long rear legs and tail, this animal hops around and is known to jump up to 10 feet. Another characteristic feature of this rodent is its oversized ears, which help detect the presence of a predator. There are also tufts of rigid hair at the bottom of the feet which keeps the animal from sinking in the sand. Normally active in the night, jerboas eat grasses, roots, seeds and bugs.

Resembling kangaroos, this small rodent can be found living in dens or burrows with wide mouths. The big, rear feet are quite powerful and used for locomotion and digging. They also prevent the animal from sinking into the sand. The kangaroo rat is an expert digger and can create large burrows with passages to different chambers. It sleeps during the day and comes out at night for feeding. There are small pouches, lined with fur, on either side of the face, which enables the animal to carry seeds for storage.

Long-haired and thick skinned, musk ox are found in the northern part of the desert, where the climate is relatively colder. The thick fur offers insulation against the harsh cold of the desert. The males are larger than the females and have imposing horns, used for defense. This animal normally travels in herds and grazes on willow leaves and grass. In summer the ox sheds its thick wool, which is used for making fine cloth.

Found in the sandy areas of the desert, this reptile is active only at night. The plate-tailed gecko is mostly territorial and can be found in deep burrows, in order to protect itself from heat and cold. This nocturnal lizard feeds on desert insects, especially flying insects. The body of the lizard, which is similar to the color of the sand, with blackish brown markings, offers excellent camouflage for hunting as well as protection from predators. The female lays a clutch, which consists of four eggs, twice a year.

The Mongolian wild ass, also known as khulan, can be found in semi-desert regions, especially in the southern part of the Gobi desert. Resembling a horse in its anatomy, this animal has vocalization similar to the neigh of a horse and bray of a donkey. Sometimes referred to as the Asiatic wild ass, it can be found in large numbers, even up to 500 in a herd. The herd normally grazes on the grass found in the desert steppes. The presence of water below the surface is easily sensed by the animal, where it digs riverbeds to gain access to water.

Przwalski’s horse, also referred to as Takhi in Mongolia, is a breed of wild horse, the last of the species to live on Earth. This endangered horse with a dun coat, standing four feet tall, has thicker neck, with zebra-like erect mane and shorter legs. This horse normally feeds on the bushes and shrubs growing in the desert. Once found in huge numbers in the Junggar Basin, the wild horse faced the threat of extinction, owing to human habitation. Now they are bred in captivity to stop their number from dwindling.


Every animal adapts itself, to the environment it lives in, in order to survive. According to Darwin’s Theory of Evolution, only the fittest animals can survive. As deserts have extreme climate, animals have to adapt themselves accordingly. Given below are some adaptation techniques of the desert animals in their habitat.

The Gobi has a very harsh and hostile climate, and though it is very hard to survive in these conditions, the Gobi desert animals have adapted themselves very well. They have to face one of life’s most difficult challenges everyday – the challenge of survival of the fittest. 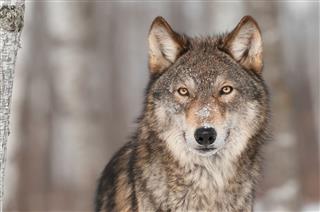 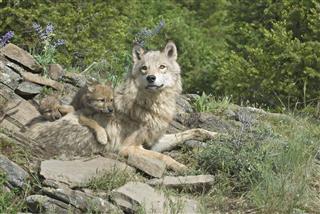 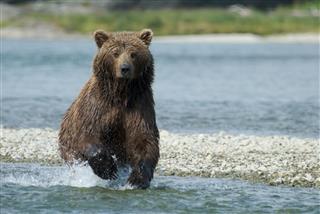 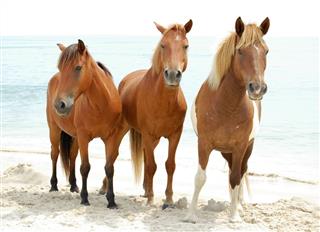 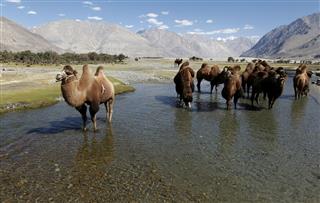 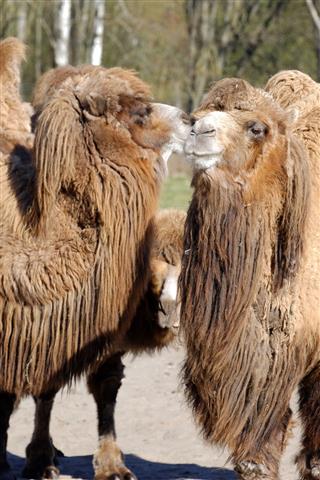 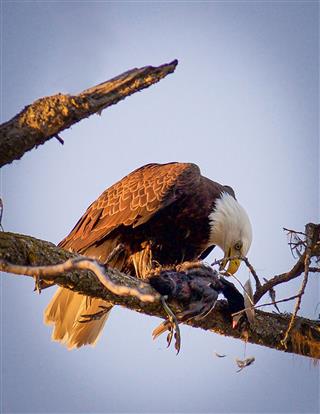