Think You Know Where Lions Live? Let’s Explore Their Habitat

The numbers of the gracefully majestic Asiatic and African lions, have been plummeting at a rapid rate for quite sometime now. The destruction of their natural habitat is fast pushing them towards extinction. Where once upon a time, they roamed freely across the globe, today they are confined to a few regions on the planet, like Gir in India and sub-Saharan Africa.

You are here: Home / Uncategorized / Think You Know Where Lions Live? Let’s Explore Their Habitat

The numbers of the gracefully majestic Asiatic and African lions, have been plummeting at a rapid rate for quite sometime now. The destruction of their natural habitat is fast pushing them towards extinction. Where once upon a time, they roamed freely across the globe, today they are confined to a few regions on the planet, like Gir in India and sub-Saharan Africa. 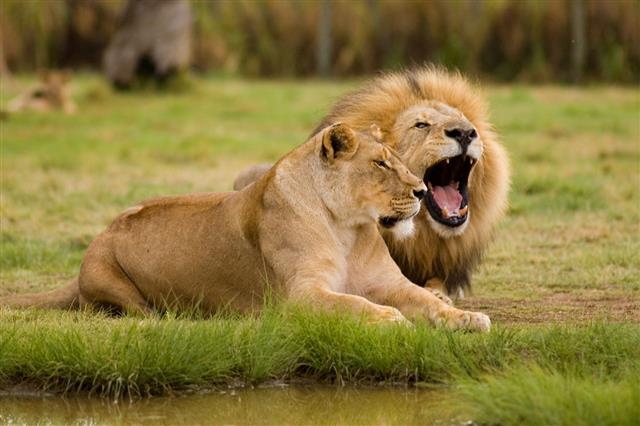 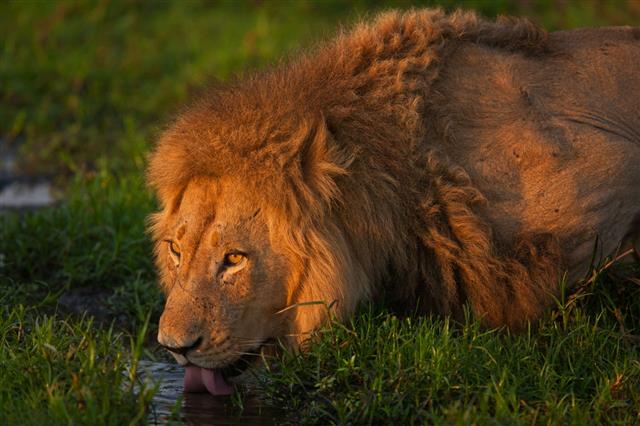 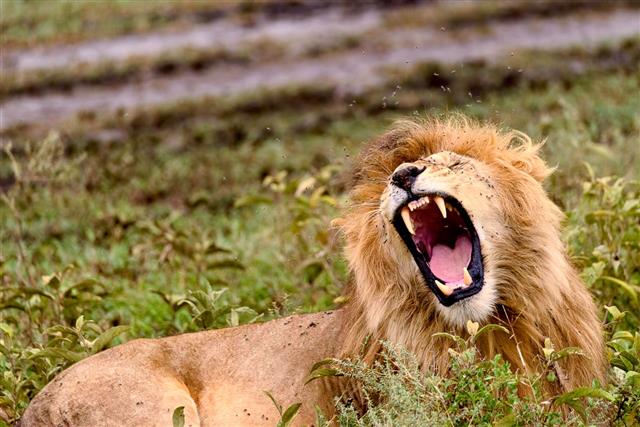 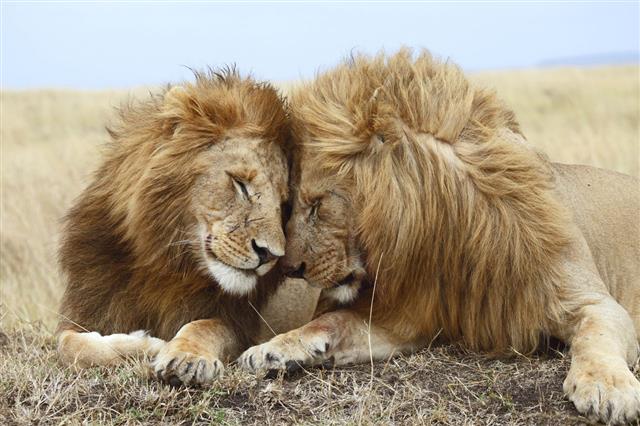 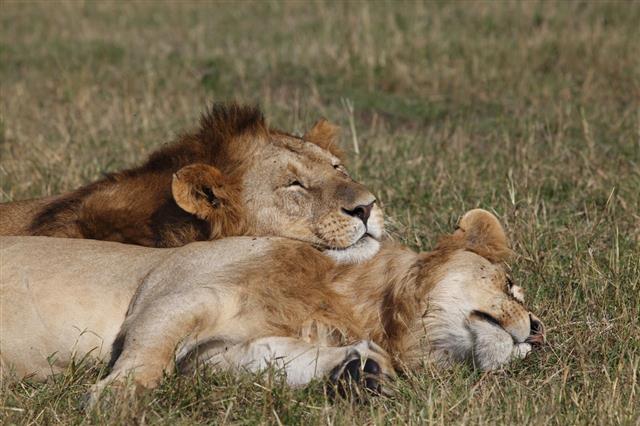 Lions (Panthera leo), the symbol of majesty and might, are the second largest living cat species, after the tiger. Their ferocious roar, supernatural strength and attractive manes make them one of the most revered animals of the animal kingdom. Interestingly, these majestic creatures have been titled as the national animal of more than one country like Armenia, Belgium, Bulgaria, England, Ethiopia, Luxembourg, Macedonia, Netherlands, Singapore, and Sri Lanka.

A lion’s roar can be heard from five miles away and can run up to a speed of 81 kph. However, due to lack of stamina, they can do this in small intervals only. The lionesses are the ones who carry out majority of the hunting. However, the lions feed first, followed by the lionesses, and lastly the cubs. Moreover, unlike the other cats in the cat family, lions are excellent swimmers.

These days, lions are extremely popular in animated movies and fondly loved by children across the globe. Sadly, though the popularity of ‘reel’ lions is rising, the population levels of ‘real’ lions are declining. A few centuries ago lions were the second most widespread land mammals after humans, roaming in different parts of the world. However, today their numbers and habitat range has reduced tremendously. Let’s read further to find out what kind of habitat the lion prefers to live in!

Although the lion is popularly known as the ‘King of the Jungle’, it does not actually live in the jungle! Lions are not found in tropical rainforests or deserts. They are found living on grassy plains, dry thorn forests, Savannas, open woodlands, scrubs, prairies, and semi-arid plains of sub-Saharan Africa. Lions prefer to live near rivers or their tributaries, because of constant water supply. Moreover, the water also attracts their prey, thereby increasing prey density in the area.

The movie ‘The Lion King’ was originally titled ‘King of the Jungle’, however was changed by Disney when they realized that the lion doesn’t actually live in the jungle.

How Did the Title ‘King of the Jungle’ Come About?

One probable reason for absence of lions from jungles, can be the presence of other big cats, like tigers and leopards. Competition for game and territorial areas would then be fierce. Irrespective of the reason, lions are found to occupy open lands, rather than jungles. On the other hand, the inappropriate title could also have stemmed from the association of Africa with jungles.

Moreover, because of its ferocious and majestic nature the lion was titled the king of all the animals, and because they were and are found in large numbers in the African continent, they could have been called the ‘King of the Jungle’.

Habitat is Divided Into Territories…

Habitat is not only a place that animals choose to live and hunt, but is also a place to assemble and establish a sense of territory. As far as lions are concerned, they are social cats and live in prides (pack of 15-40 lions). Each pride has 1-4 dominant male lions leading it, and several lionesses and cubs. Each pride has its own territory as well, which may range anywhere from 20 to 500 square miles of the Savanna grasslands.

The lions mark their territories by urinating on the selected area. Because the prides cover an area of 5 miles per day, they like living in large, open lands to hunt and roam about. The males are extremely possessive of their territory and will even hunt those that threaten their prides. Thus, habitat of a lion, is a place that satisfies a lion’s physical, mental and emotional needs.

Do lions actually live in dens? In fact, lionesses do, during childbirth.

Since our kindergarten years, we’ve all learned that lions live in dens. However, lions do not live in dens, instead live under shady trees (Acacia trees of Africa). It’s only when the lioness wants to give birth to her cubs, does she find shelter in a den or lair. Lionesses move away from the rest of the pride and take refuge in dens, in order to protect their young ones.

To avoid attention from cub predators (like jackals, hyenas, leopards, etc.) the lioness keeps shifting her cubs from one den to another. As soon as the cubs attain 6 weeks of age, the lioness along with her cubs joins the rest of the pride. The lioness may also choose to give birth in a thicket, cave or some other form of protective environment, if dens are not available in the area.

Lions have tawny brown-colored coats which blend well with the tall Savannah grass and helps them remain inconspicuous while hunting. The large mane of the male lions makes them look scarier and helps scare other animals. Their fur keeps them warm during the cold and squinted eyes help them look around even during extremely hot sunny days. Their sharp teeth, claws, speed, accuracy and keen sense of hearing (hears the prey from a mile away) helps them hunt for their prey.

Though both the African and Asian lions are very similar in appearance, their bodies have adapted a slight difference according to their surroundings. For example, the African lions have gold-colored coats and dark brownish-black manes, which helps them blend into their surroundings. On the other hand, the Asian lions have gold-colored fur and mane (like the soil in Asia), which helps them with their camouflage.

Found Only in Parts of Africa and India…

Centuries ago lions were found roaming around North and South America, southern Europe and Asia, India, Middle East and the whole of the African continent. Today, you can see lions in the wild in Africa (southern Africa). There are approximately only 20 to 30,000 lions (vulnerable) living in parts of sub-Saharan Africa (Tanzania, Uganda, Kenya, and Botswana), and a handful of 523 Asiatic lions (endangered) living in the Gir National Park of Gujarat, India.

Sadly, most of the lion population prevalent today is found in wildlife sanctuaries, national parks and managed hunting areas. A large number of lions are found in the reserves of Africa (parks of northern Tanzania and Kruger National Park in South Africa). One can find them lying in the open lands. In fact, they are quite tolerant to tourists in safari vehicles. The loss of lion habitat, that is the loss of territorial land is the greatest threat to the lion population.

Poaching, overgrazing, and diseases like distemper (from domestic dogs), tuberculosis (from Cape Buffalo) etc., have forced the lion population to plummet by about 48.5% over the last 30 years.

According to a study conducted by Dr. Philipp Henschel, Panthera’s Lion Program Survey Coordinator and a team of researchers from Duke University’s Nicholas School of the Environment, lions have lost 75% of their original habitat in Africa. The study also brings to light that not more than 500 lions remain in West Africa. Dr. Henschel also stated that the Western region has been hit so hard, because of the lack of government support.

The very fact that the 30,000 African lions and another 500 plus lions in the Gir National Park, are the only lions that exist today, tells us how destructive human interaction, population growth and commercial activity can be! If we do not want to lose these majestic animals, we need to educate people about such crisis. We as humans cannot live selfishly. Live and let live! 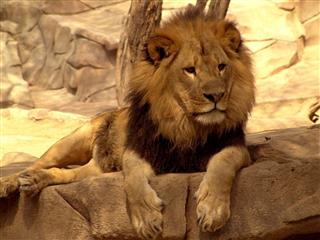 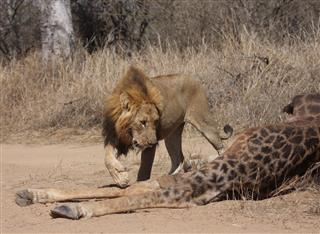 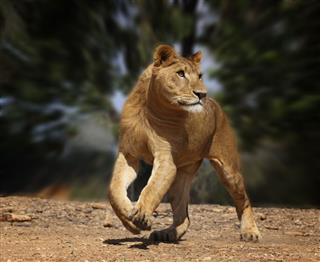 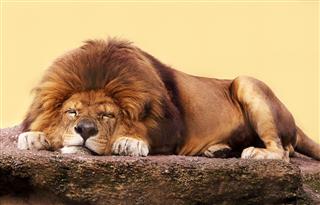 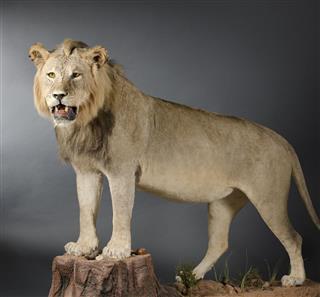 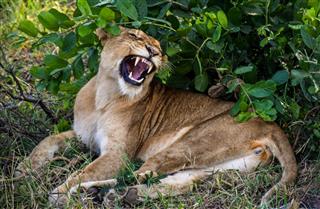 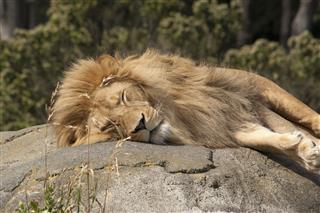 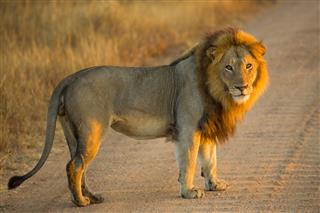 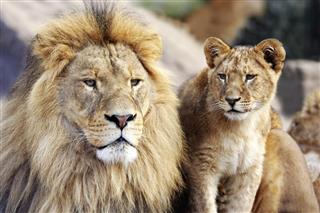 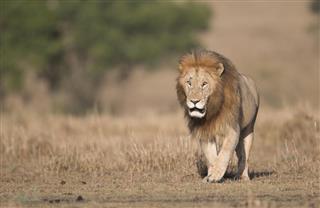 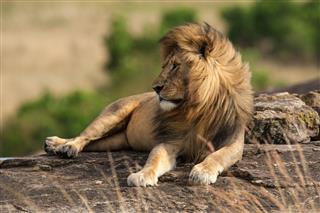 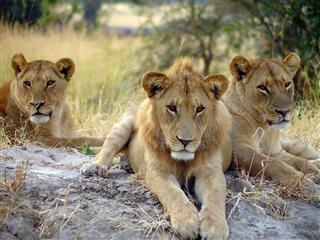 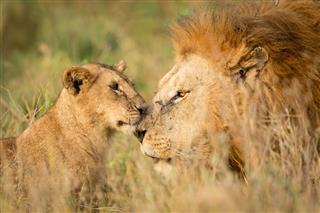 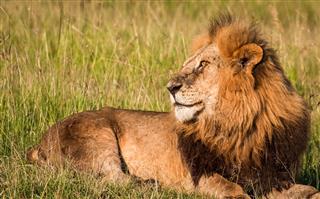 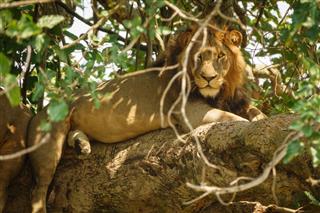 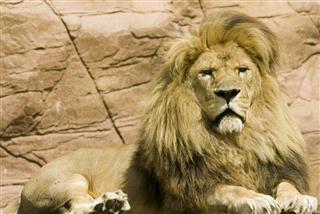 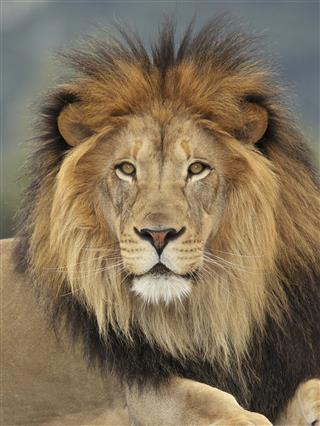 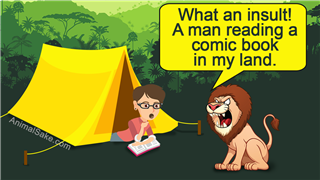 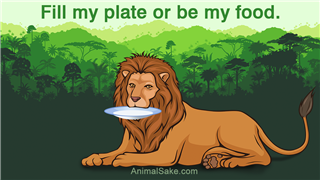 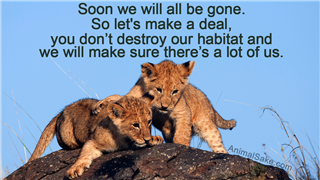