A Definitive List of the Different Types of Deer

Deer are one of the most widely distributed animals, indigenous to almost all continents, except Antarctica and Australia. Here, we have provided detailed information about deer and their numerous species.

You are here: Home / Uncategorized / A Definitive List of the Different Types of Deer 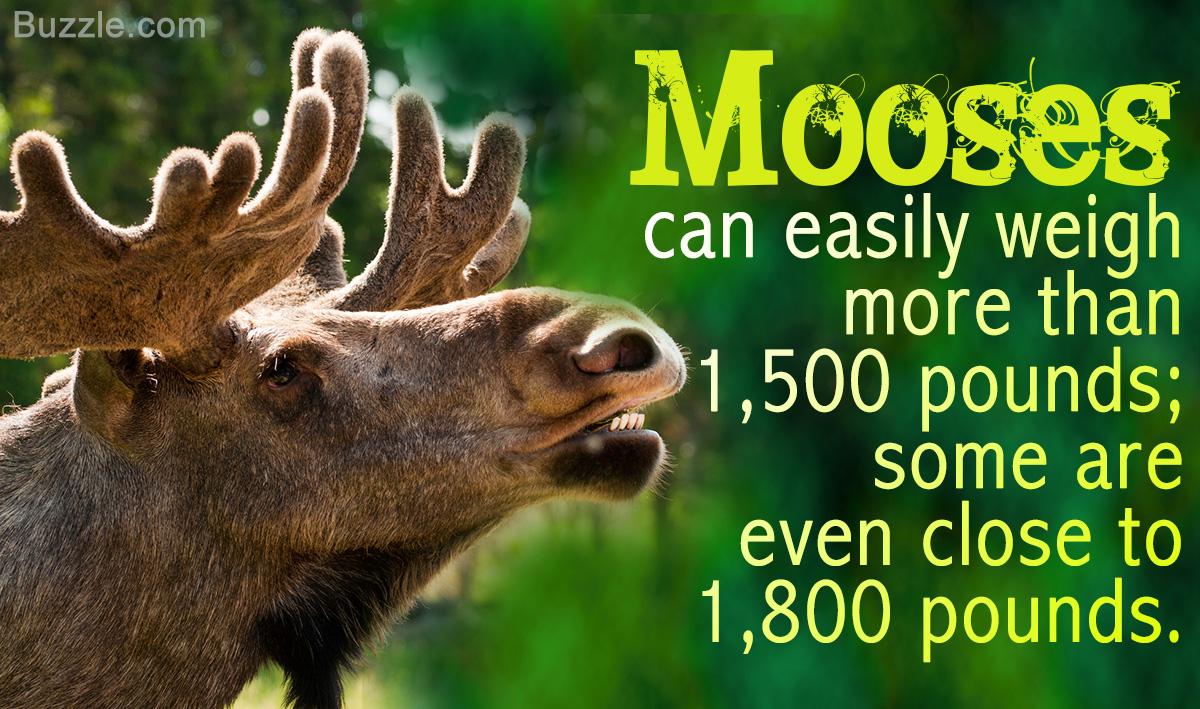 Deer are one of the most widely distributed animals, indigenous to almost all continents, except Antarctica and Australia. Here, we have provided detailed information about deer and their numerous species.

You are driving through a densely wooded area, filled with twists and turns, and, out of the blue, you see a startled deer, running helter-skelter. Frightened by the glare of the headlights, the animal looks vulnerable. You brake hard, and wait till the deer finds its way back into the safety of the woods. Deer are known to be timid animals, and if you live in an area that teems with deer population, then you may have looked for them either to hunt or know and photograph them. Let’s know more about the deer of this world.

Referred simply to as the whitetail in the U.S., this deer is native to the Americas. It is a medium-sized animal, with the male weighing anywhere between 130 to 300 lbs, and the doe weighs somewhere between 100 to 200 lbs. Its coat changes from brown in the summer to a grayish-brown as winter approaches. The white-tailed deer is so named because of the prominent white underside on its tail, which it flags as a warning or when it senses danger. 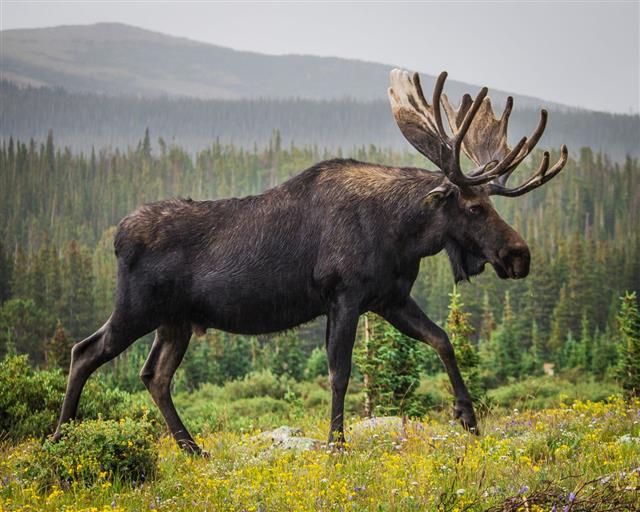 The largest and tallest of all the deer species, moose are typically found in cool climates, especially northern parts of Asia, Europe, and U.S. They can weigh as much as 1,800 lbs. The stags can be easily differentiated by the massive leaf-shaped antlers they possess that can span a length of up to 6 ft. They have long faces and a “bell” – a loose, hanging flap of skin under their throat. Despite their enormous size, moose are very good swimmers, and can wade several miles in water in search of food.

Found all over South American deserts and the U.S., this deer gets its name owing to the large mule-like ears it possesses. A black-tipped tail, forked antlers, large ears, and a white patch on their hind sides is what differentiates these deer from the other species. Its grayish-brown coat makes it easier for the deer to adapt to the desert surroundings.

Popularly known as Reindeer, this deer inhabits the Arctic and sub-Arctic regions. This is the only species where both male and female grow antlers. They have two thick layers of woolly fur which act as insulators in the freezing weather. They cover a distance of over 3,000 miles during their annual migration to the Arctic, a feat unparalleled by any other land mammal.

Also called “Barking Deer”, this deer is widespread across Southeast Asia. They are solitary creatures and prefer to roam alone. They emit a deep bark-like sound (hence the name Barking Deer), if they sense danger approaching. This species is omnivorous, and is known to eat bird eggs along with grass and shoots.

Its name comes from the word “shika” which means deer in Japanese language. It is also called the Spotted Deer. It is found all over Eastern Asia. During the mating season, males utter loud shrill whistles that can be heard over a mile away. These deer were prized for their velvet antlers in China and Taiwan.

Native to Southeast Asia, this deer is found in almost all parts of Asia. These deer have three-tined antlers, which are used to carve knives and handles. Living in tropical seasonal forests, these creatures are easy preys for tigers, leopards, and crocodiles. They stomp their hooves as a warning signal.

Spread all over central Europe and United Kingdom, this deer prefers to graze in the open grasslands. Their coats are brown and change to a darker shade in the colder months. These deer are very good jumpers, and can jump over 2 ft high and 5 ft across. There are four sub-types in this species, each having different kind of coat pattern: the common, menil, melanistic and leucistic variant.

Occurring in huge numbers across the Indian subcontinent, this deer prefers to stay in herds. They have lyre-shaped antlers, and bawl in a primitive way as compared to other deer species. The meat from this deer is highly popular as compared to that other species.

Most of the deer are herbivores and generally, eat grasses, weeds, leaves, twigs, lichens, and herbs. Many deer species lack the upper front row of incisors, and only have a hard palate. They are cud-chewing mammals, meaning they can eat a variety of food quickly and digest it later. To aid this process, they have four-chambered stomachs, where each chamber serves a different purpose.

In almost all species, males grow antlers, with each species having its own distinguishing antler structure.

Antlers are used during the breeding season when males fight with each other to vie for females’ attention. Deer shed their antlers at the end of the mating season. The antlers are replaced by a new set every year.

Deer can be found in all climatic and geographical zones, ranging from the freezing tundra, the plains, mountains, grasslands to the equatorial forests.

Africa has only one native species, the Red Deer, found in the Atlas Mountains in the northwest.

Six species were introduced in Australia, which include the Fallow Deer, Red Deer, Sambar Deer, Hog Deer, Rusa Deer, and the Chital.

The moose is the largest deer in the world, while the Northern Pudu is the smallest.

Deer were once hunted and prized for their skin and antlers. Venison (i.e. deer meat) is also quite a popular delicacy.

Wild animals like tigers, jaguars, and pumas are known to be deer predators.

Deer have an acute sense of smell, hearing, and vision and are endowed with a supple body and long, powerful legs, making them very fast runners. This helps them to escape from their predators.

Though otherwise known to be charming and docile, if provoked, deer can use their antlers to kick and fight back.

Some of the above-listed species are dwindling in number, especially the Thamin and Hog Deer, and it is our responsibility to help save them from extinction by preserving forests and wildlife. 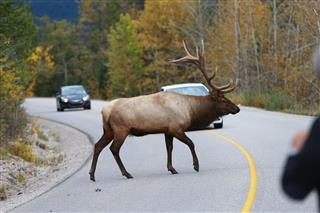 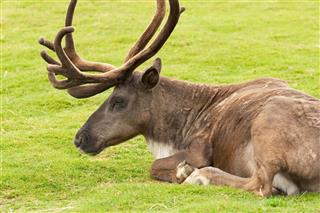 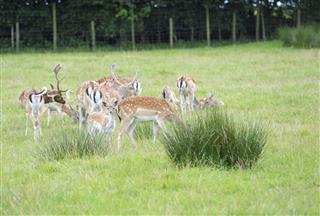 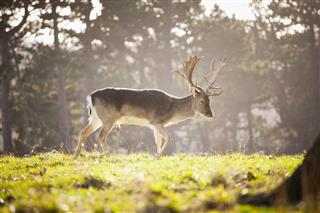 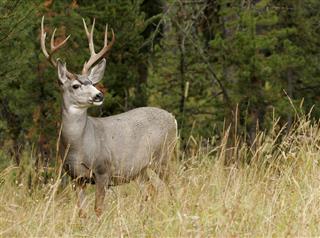 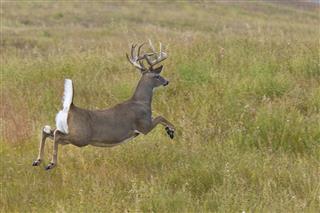 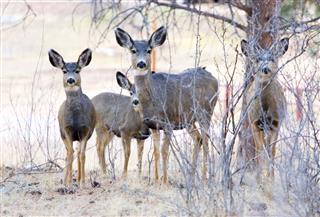 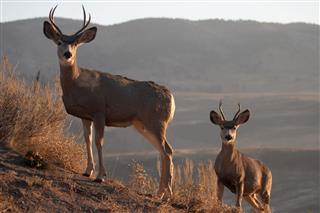 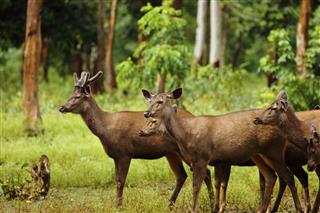 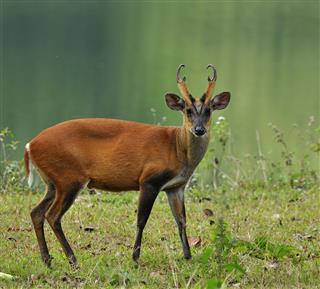 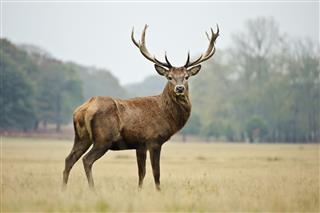 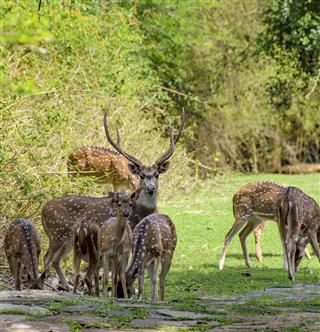 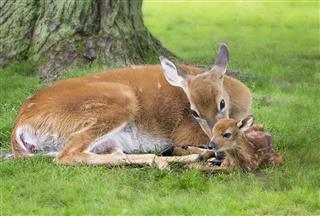 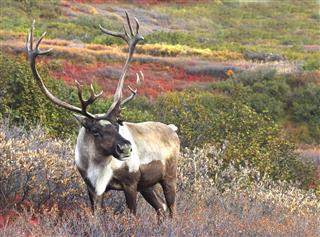 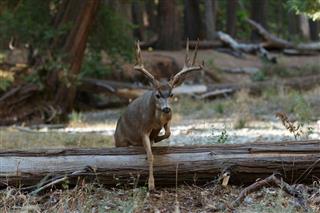 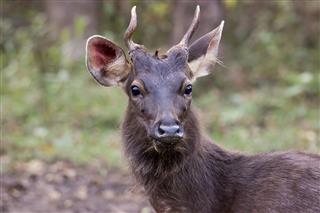 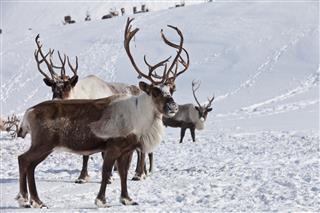 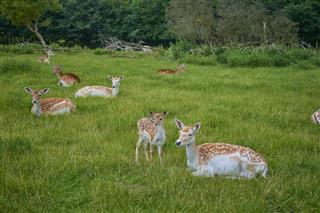