Appearing like floating mushrooms, moon jellyfish are jellyfish with long, thread-like tentacles and sting cells to capture their prey. Let's learn more about this interesting creature from the following AnimalSake article.

You are here: Home / Uncategorized / Fantastic Facts About the Moon Jellyfish (Aurelia Aurita) 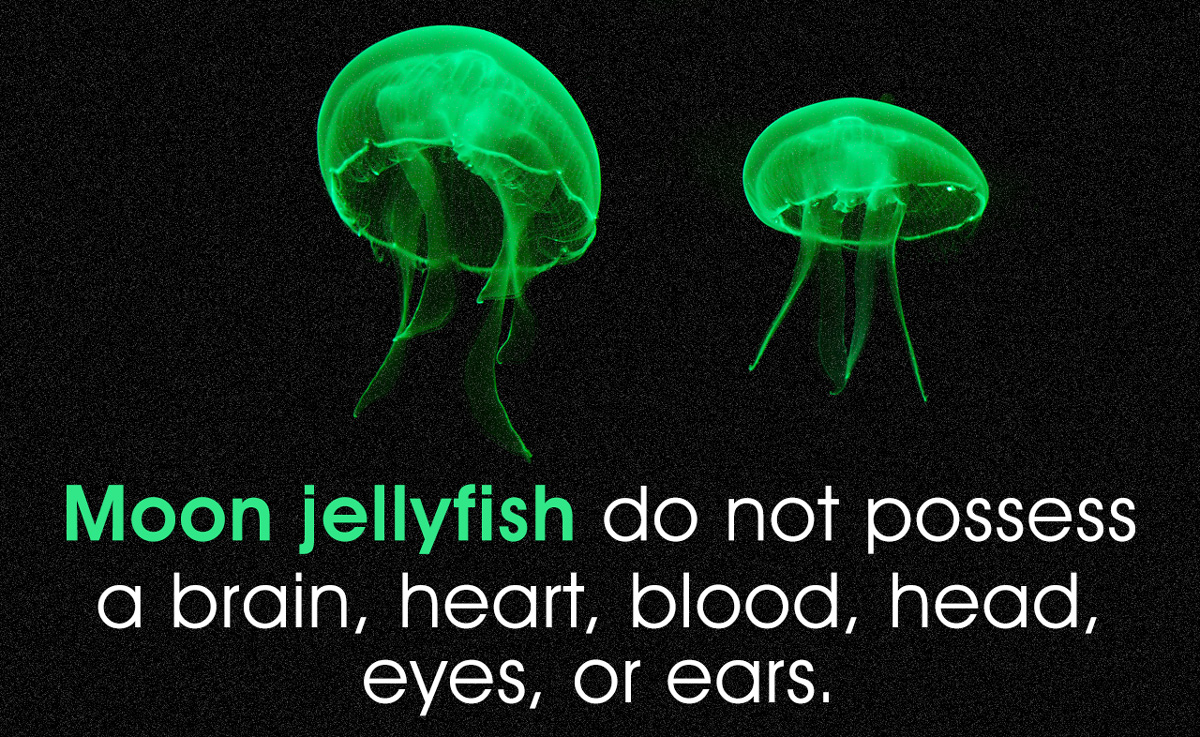 Appearing like floating mushrooms, moon jellyfish are jellyfish with long, thread-like tentacles and sting cells to capture their prey. Let’s learn more about this interesting creature from the following AnimalSake article. 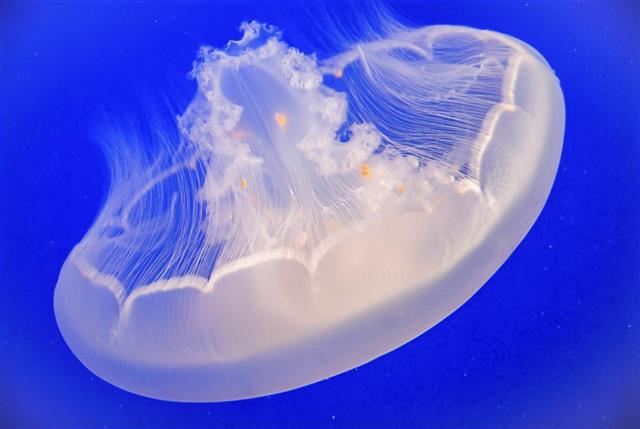 Moon jellyfish are a species of jellyfish, known by the scientific name Aurelia aurita, and are found mostly in warm and tropical waters, near sea-coasts. They are also referred to by names such as moon jelly, saucer jelly, common sea jelly and even violet moon jellyfish. These jellyfish are capable of withstanding temperatures as low as -6 °C and as high as 31 °C. They are found in both inshore seas and oceans, as well as in brackish waters, exhibiting salt contents as low as 0.6%. Although local to Virginia’s waters, they are found in oceans across the globe. In the Pacific Ocean, they range from Alaska to Southern California and in the Atlantic Ocean, they range from the Arctic to Mexico. The scientific classification is as follows:

Moon jellyfish are not fish …

Moon jellyfish appear to be like floating mushrooms with transparent, milky-white, or light purple, bell-shaped bodies, from which numerous long, thread-like arms called tentacles, that branch out while floating underwater like weeping willow branches. The bell-shaped upper body can be as large as 18 inches, thereby giving the animal the appearance of a flying saucer. Hence, they are also often termed as saucer jelly. The bell-shaped portion is further divided into eight parts or canals, which further branch and reach the digestive system. These jellyfish have only one opening, which serve as both the mouth as well as the anus.

They do not possess a brain, heart, blood, head, eyes, or ears. They are 95% water and are basically a floating mouth and digestive system. They have a complex set of nerves that respond to stimuli, but they cannot think. They do not possess lungs, gills, or any kind of tracheal system, and receive oxygen simply by diffusion through a thin membrane. As they have a large bell-shaped body, the surface area available for diffusion is also large.

Have two main stages of life …

Two stages of body plan is seen in the lifetime of a moon jellyfish. The first type or stage is called the polyp stage and the second is the medusa stage. The first stage of life is characterized by two distinctive features; a mouth which opens upwards and an attachment that helps it attach to a substrate. The medusa stage features the appearance of the bell-shaped body, with the mouth opening downwards. In this stage, they are no longer attached to the substrate and become free-swimming. However, in some species the polyp stage does not exist.

They depend on ocean currents for locomotion …

In their larval stages, they make use of cilia for locomotion. The polyps use their gastrovascular cavity as a hydrostatic skeleton, and also use few muscle-like cells for contraction and extension movements. They creep along the substrate by using these muscle cells. In the medusa stage, they move differently by using muscle cells called coronal muscle, present in the bell-shaped upper body. This coronal muscle enables the animal to pulsate by its contraction movements, thereby causing it to move. These impulses sent to the coronal muscles are nervous in origin and are from the sub-umbrellar nerve net.

When the muscle cells contract in a rhythmic fashion, movement by jet propulsion occurs. Jellyfish controls these propulsion with the help of rhopalia centers. This swimming function is carried out, not to move from one place to another, but to keep the jellyfish near the surface of the water. They swim horizontally in such a manner, so that the bell-shaped structure remains near the surface of the water, thereby allowing them to spread their tentacles over a large area to catch maximum prey. These creatures are carried from place to place solely by the movement of ocean currents.

The net of tentacles present in the lower part of the body of jellyfish, are studded with scores of poisonous sting cells called cnidocytes or nematocysts, which are capable of injecting poison. The moment the tentacles brush against a prey, the numerous sting cells explode, thereby launching barbed stingers and poison into the prey’s body. These sting cells are their defense mechanism and help in protecting themselves from predators. Nematocysts also play an important role in food capture.

These invertebrates feed on zooplankton and are carnivorous. They feed primarily on mollusks, rotifers, nematodes, diatoms, fish larvae, tunicate larvae, crustaceans, protozoans, and several other small planktons. When the tentacles brush against the prey, their sting cells render them inactive. The inactive prey is then collected primarily on the surface of the jellyfish, where they get entangled in the mucus. Further, by flagellar action, food is passed through the mouth, along the eight canals inside the jellyfish’s body. These canals run into the stomach and bring the food to the stomach via the ring canal, where it is broken down by digestive enzymes.

Gonads are a distinctive feature …

Moon jellyfish contain 4 gonads that are situated at the bottom of the stomach. Moon jellyfish attain sexual maturity mostly in spring and summer. Reproduction in them is sexual (distinct male and females), with distinctive bright-colored gonads, visible through the transparent bell body. When a moon jellyfish is observed from above, the gonads appear like 4 horse shoe-shaped parts, thereby becoming a distinguishing feature of these animals. These animals when observed during the months of August or September show distinct pink arms, due to myriads of larvae developing at the edge of the bell-shaped upper body.

Moon jellyfish are commonly observed to be washed out on the shores of the Long Beach Island beaches, during the summer high tides and winds. By the time they get washed by the currents and land on the beach, their tentacles are ruptured and worn out. The bell portion of the moon jellyfish cannot sting, and if at all you get stung by the tentacles, there is no need to worry as most of them are harmless. The stung area will hurt, but application of some household vinegar or urine has proven to be quite effective in treating the sting.