Facts About the Free-spirited and Intelligent Mustang Horse

You are here: Home / Uncategorized / Facts About the Free-spirited and Intelligent Mustang Horse 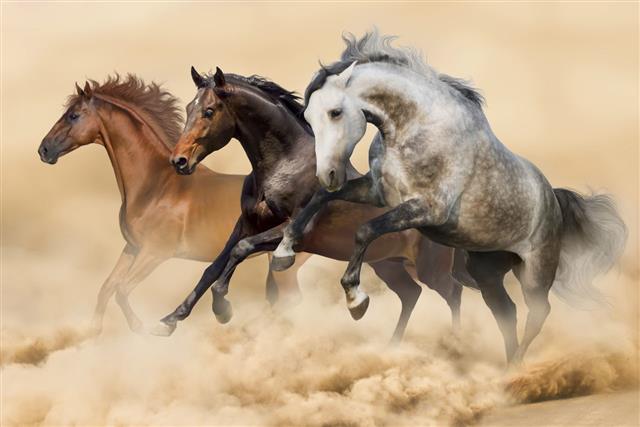 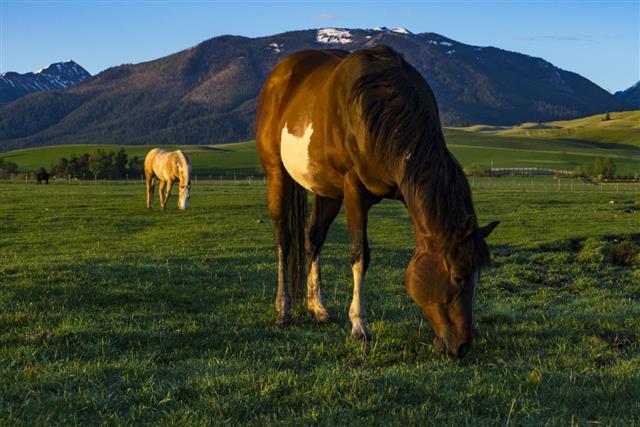 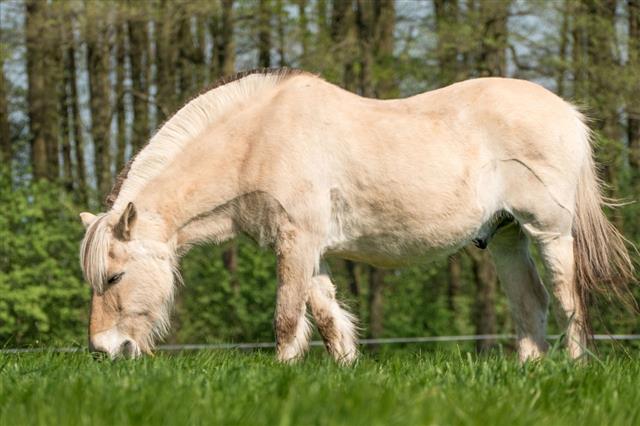 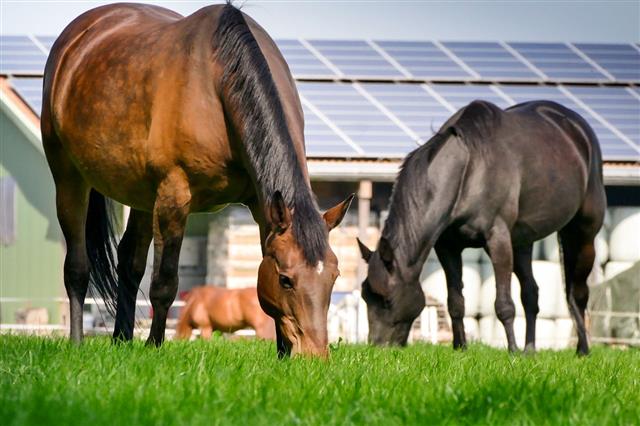 Mustang horses are known to have roamed the vast terrains of North America in large herds, to protect themselves from predators like wolves, coyotes, etc. These horses at one point of time dwelt in millions over the US terrain, however, today their numbers have been reduced to thousands.

Mustang horses are small, swift, surefooted, hardy and range from an average size of 14″2 – 15″2 hands and 1,000 lbs or more in weight. They come in a variety of colors ranging from reddish-brown, bay, sorrel, brown or black in color. Mustangs have a life span of about 25 – 30 years.

The name ‘mustang’ has been derived from the Spanish word ‘mustengo’, meaning ‘ownerless beast’ or ‘stray horse’. These Mustang horses are also called wild horses because of their reckless nature. In fact, the word ‘feral’ suits them even better, which means wild and menacing.

The Mustang horses that rambled across the North American grasslands in prehistoric times were referred to as dawn horses. However, at the end of the last ice age nearly 12,000 years ago, the Mustang population was wiped out from the American land. For several thousands of years, the American land was void of the thundering sound made by the hoofs of the Mustangs. Conquistadors from Spain once again introduced Mustangs to the American terrain in the 16th century.

By the mid 1800s, there were millions of Mustangs rambling across the American land. Towards the beginning of the twentieth century, Mustangs were hunted for pet food, however, the 1971 act was passed to protect these lovely horses.

Symbol of the American West

The United States Congress in the year 1971 honored the Mustang horse with the title of “living symbols of the historic and pioneer spirit of the West, which continue to contribute to the diversity of life forms within the Nation and enrich the lives of the American people.” A federal law was also passed in the same year regarding the ban placed on capturing, harming or killing Mustangs freely roaming on public land.

The Mustangs found in the US today, are mostly crosses between different horse breeds, thus, these horses appear in such a large variety of conformations and shades. These horses are medium-sized horses, with the average size being about 14 hands. It may vary from 13 to 16 hands. The weight is proportional to their height, with anywhere between 600 to 1200 pounds. In the wild, Mustangs have a lifespan of about 15 to 20 years, while domesticated Mustangs can live way up to 25 to 30 years.

The Mustang is known for its intelligence and independent spirit. These high-spirited animals have a mind of their own, but can be very obedient as well. Although difficult by nature (especially when taken from the wild), these horses can be trained and tamed by patient and experienced handlers, as one would do with any other type of horse. They can be trained for horse racing, equine shows and competitions.

One must always remember that these horses demand respect and will not tolerate abuse. They have the no-nonsense attitude and if you can live with that, these horses are great around the farm. Bottom line is, just like any other creature, the temperament of Mustangs vary from one individual to another.

Mustang stallions head herds once they attain 6 years of age. There is a lot of struggle for dominance among the stallions and will gather their mares together and defend them from other stallions. They even try to steal mares from other Mustang herds by fighting with their competitor stallion. Their herd comprises lots of mares and young herds. The young stallions chased off by the dominant stallion come together to form bachelor herds.

Each herd has a lead mare, who is an older female Mustang. Her role is to lead the herd away from danger, while the stallion of the herd stays back and tackles the reason for danger.

In the 1800s, a great drought hit California, during which ranchers who found Mustangs to be a nuisance, got 40,000 Mustangs killed. In the 1920s, the pet food industry slaughtered almost 500 Mustangs a day for pet food. In the 1930s, the processing of horse meat into chicken and pet food steeped to its peak, with about 30 million pounds of horseflesh being canned. From the large numbers of 2.3 million Mustangs in the beginning of the century, the numbers stooped as low as 25,000 in the 1950s.

Around 100 years ago, about 2 million Mustangs roamed the North American terrain. On the other hand, today we only have 25,000 Mustangs in the United States of America. More than half of the Mustangs existing in the US are in Nevada, with the rest of the Mustang population found in parts of Oregon, Wyoming and Montana. It’s high time we do something to prevent the numbers from plummeting further. As of today, the Mustang population is protected and managed by the Bureau of Land Management (BLM).

Mustangs are easily available through the Bureau of Land Management Wild Horse and Burro facilities. If you are looking to get one for yourself, then go for a young Mustang. The younger the better because they can be handled and trained easily. 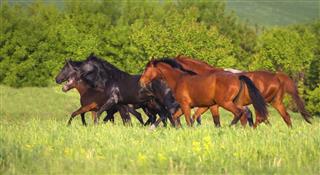 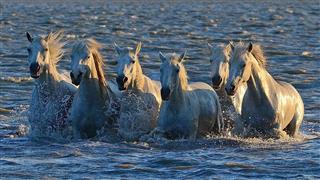 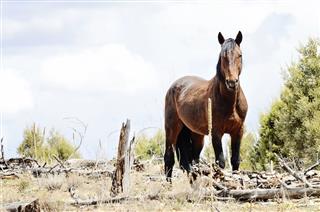