Though the violin spider gets its name from the violin-shaped mark on its body, this trait is seldom used for the identification of this species. That probably has something to do with the fact that quite a few other spiders sport a similar mark on their body. 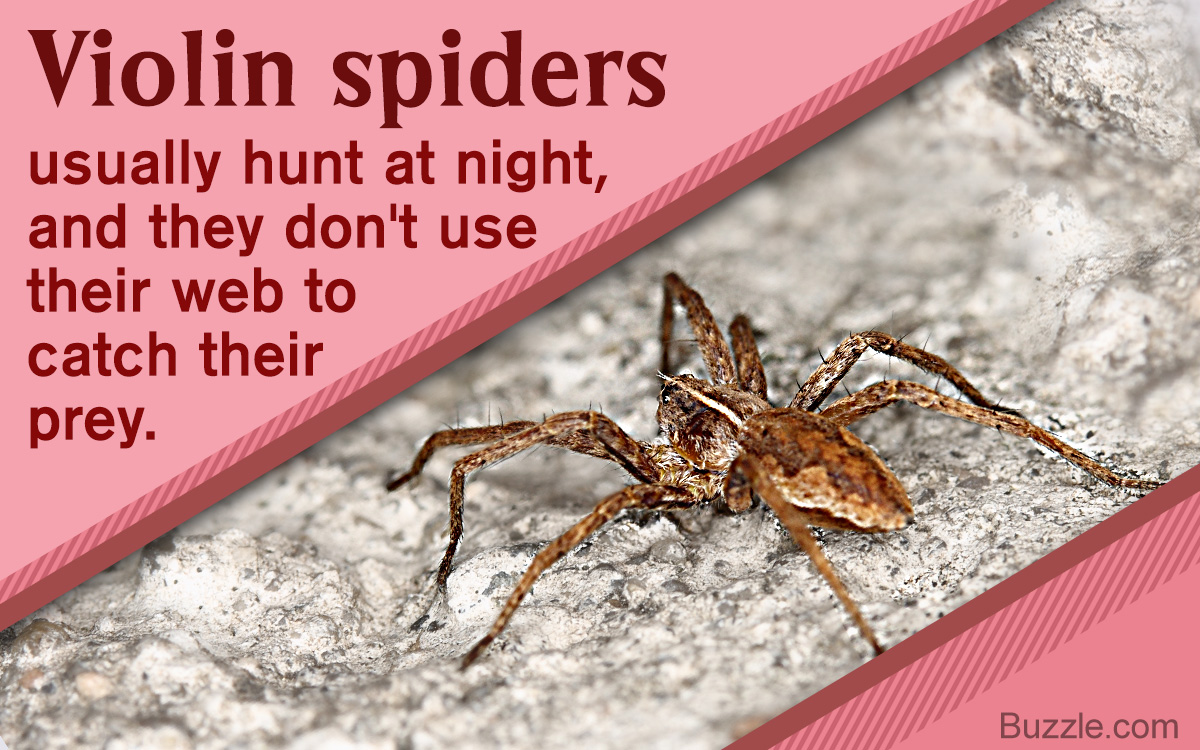 Though the violin spider gets its name from the violin-shaped mark on its body, this trait is seldom used for the identification of this species. That probably has something to do with the fact that quite a few other spiders sport a similar mark on their body.

Spiders are harmless creatures; at least, the most of them. Very few spiders have venom that is potent enough to harm humans. One such species is the violin spider (Loxosceles reclusa), also called the brown recluse spider, fiddleback spider, or simply, the brown fiddler. The geographical range of this species spans the populated southern Midwest Region of the United States till the Gulf of Mexico. It is one of the most feared species of America, which shouldn’t really come as a surprise considering that it features in every single list of the most venomous spiders in the world.

Violin Spider (Brown Recluse) Facts
Size and Appearance: Violin spiders grow to about 6 to 19 millimeters in length, though some of them can grow even bigger. They are either blackish gray, reddish brown, or dark brown in color. These spiders have a black line and some markings on the dorsal side of their cephalothorax, because of which they are known as violin spiders or fiddlebacks.
Identification: Though the marking on their dorsal side may give the species a distinct appearance, it is not helpful when it comes to the identification of this species. This is where their eyes come into the picture. While most of the spiders have four pairs of eyes, the violin spiders have three. Additionally, the joints of their legs are lighter in color.
Diet and Hunting: Unlike the other spiders, the violin spider does not use its web to catch its prey. The irregular web, which is built from silk threads, primarily serves as a home for the species, which it only leaves at night for hunting. The violin spider is known to be a scavenger, which feeds on small, dead insects that it finds. If time comes, it can even kill insects using its cytotoxic venom and eat them.
Lifespan and Reproduction: Violin spiders have a lifespan of 3-4 years. The mating season for the species begins in February and goes on till September. The females lay their eggs in sacs, each of which can produce up to 40 small spiders. The eggs hatch in about a month and the cycle begins all over again with these spiders attaining sexual maturity by the end of the first year.
Violin Spiders and Humans

Like we said earlier, violin spiders are dangerous not only because of their venom, but also because of their likelihood of coming in contact with humans. They usually prefer places which are dry and largely untroubled, and hence, they build their web in closets, beds, cellar, garages, shed, and woodpiles. They prefer spinning their web on cardboard, as it is similar to tree barks. However, they are also found in shoes, seldom used bed sheets, in plies of clothes, behind picture hangings, or even inside dressers.

Whenever the violin spider’s habitat is disturbed by humans, these spider feels threatened and attacks in retaliation. As with most of the animals, even a violin spider won’t attack unless provoked. Instead, it is more likely to run and hide when confronted by humans. Though the chances are rare, violin spiders are also known to bite people who are fast asleep. As their fangs are not very big, the bite marks appear close together; this comes handy when diagnosing the bite of this species.

Bite Symptoms: Along with black widow spiders, violin spiders are the only other dangerous spiders found in United States of America. Usually passive, they are known to become aggressive when threatened and that’s when they go to the extent of delivering a bite. The violin spider’s venom generally causes local tissue damage, which reflects in the form of redness of the skin accompanied by pain and burning, or itching sensation around the affected area.

At times, the affected area may turn purple or dark blue, with white and red rings forming around it. Other common symptoms include rash, fever, vomiting, nausea, body ache, headache, and lastly, a blister or ulcer, which would turn black after sometime. In 90 percent of the cases, the victims get away with a minor red mark at the site of bite.

Bite Treatment: It’s always wise to consult a doctor if any of the above violin spider bite symptoms are noticed. The doctor will diagnose the condition and determine the exact treatment and recovery procedure, which may include (i) washing the area around the bite with soap and water, (ii) applying an ice pack to reduce pain and swelling, and (iii) applying an antibiotic lotion or cream to ensure that the infection doesn’t spread to the surrounding area.

If arms or legs start swelling because of brown recluse bite, the doctor may advise the patient to keep them elevated to ease the swelling. Though medications are mostly sufficient, in some cases, the patient may need hospitalization for a few days. Earlier the treatment is initiated the better, as it will rule out the chances of further complications.

Though there are numerous rumors doing rounds, there are no violin spiders in California. By that we mean that the species has not established itself in California, or any other region outside its native habitat, as yet. Occasional sightings are reported from various parts, but that shouldn’t be surprising as the species is small enough to be transported from one part to the other along with other things. There do exist some species of spider, the members of genus Loxosceles in particular, which resemble the dreaded brown recluse, but they are a different species all together.

Even though the violin spider is considered one of the most notorious species of the United States, experts are of a different opinion. According to them, the violin spider is a timid species–as its popular name, the brown ‘recluse’ spider suggests, which prefers to remain inactive during the daytime just to minimize its chance encounters with humans. 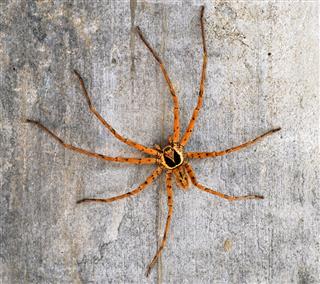 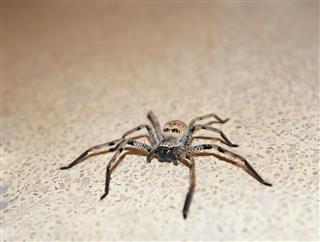