Facts About Panda Bears That Will Make Your Jaw Drop

Pandas are one of the most adorable looking bears in the world. But off late, they are moving towards a vulnerable position because of rampant deforestation and heavy climatic changes. According to the 2014 Census of World Wide Fund for Nature, (approx.) 1,864 giant pandas are left alive.

You are here: Home / Uncategorized / Facts About Panda Bears That Will Make Your Jaw Drop

Pandas are one of the most adorable looking bears in the world. But off late, they are moving towards a vulnerable position because of rampant deforestation and heavy climatic changes. According to the 2014 Census of World Wide Fund for Nature, (approx.) 1,864 giant pandas are left alive. 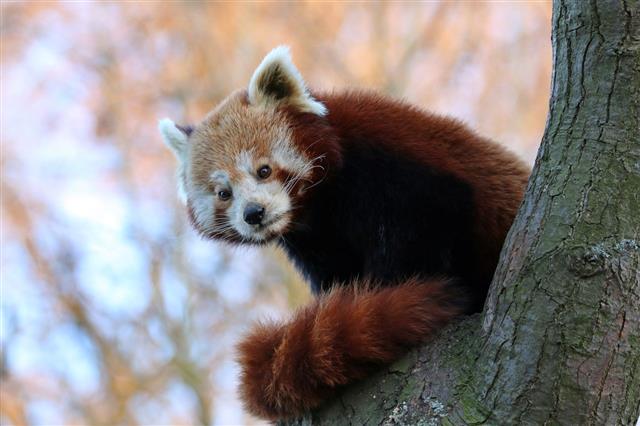 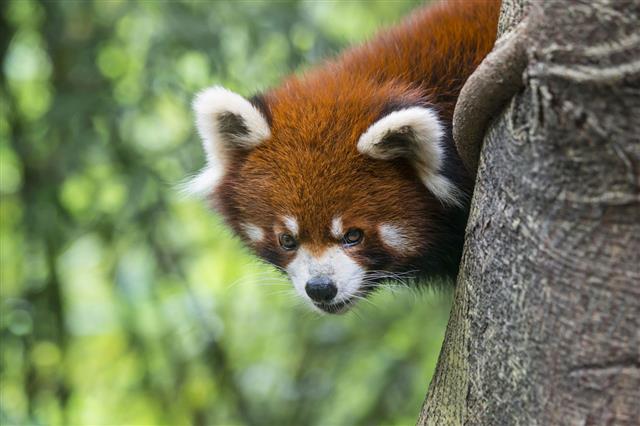 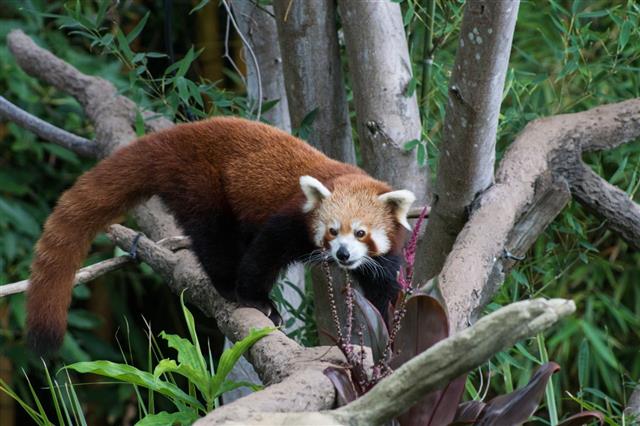 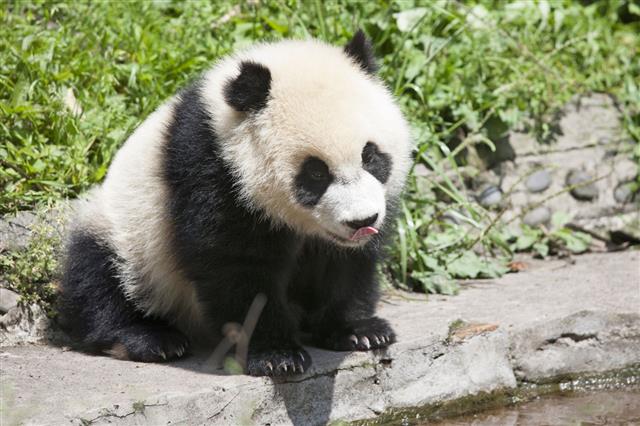 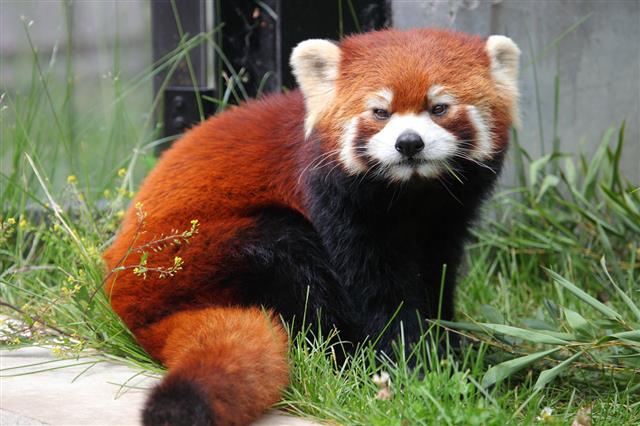 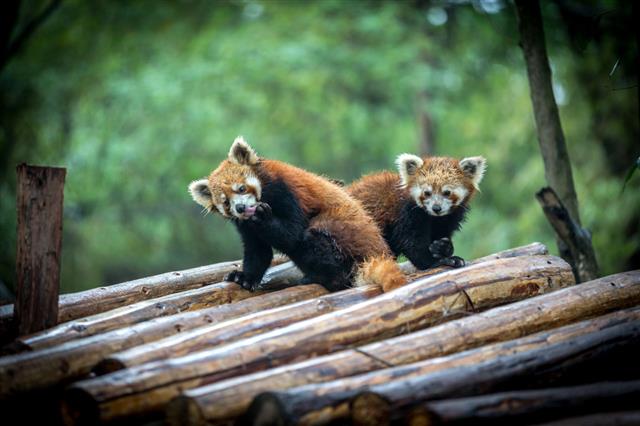 The world has room to make a bear feel free; the universe seems cramped to you and me.”
– Robert Frost

The panda bear is scientifically called a Ailuropoda melanoleuca, which means a ‘black and white cat-foot’. Apart from being called a cat-foot, one of the rare facts is that the panda is the only species of bears in the world to have vertical slits as eyes similar to cats. Most bears are known to have round pupils. The panda bear has become the universal symbol of peace and bonhomie in the world because of its characteristic looks.

The bear has distinct black tufts of hair around the eyes, ears, the snout and all across its tummy. It is an extremely endangered species with only around a thousand or less pandas left in the wild and around a hundred odd being bred in captivity. It has become the international logo of the WWF, the World Wildlife Fund, because of this very reason. Here are some interesting panda bear facts to help you learn more about these adorable and loving bears.

One of the very important facts about pandas is that they are found only in three places on earth. They are found in the remote and mountainous terrains of China and some parts of America. In China, they live in the central mountains where there is snow and heavy bamboo vegetation, which grow to amazing heights.

This habitat is constantly receiving heavy rainfall, mist, and snow fall, which helps the pandas blend in and hide. The camouflage works brilliantly, especially since they live at heights of 5,000 feet to 15,000 feet amidst the coniferous forests.

One of the unique panda facts is that these bears are absolutely in love with bamboo. 99% of their diet depends on the nutrients and roughage that they derive from the plant stalks of umbrella bamboo and arrow bamboo. They eat bamboos all day long, for 12 hours in a day out of 24 and relieve themselves several times a day due to this specialized diet of theirs.

An average adult panda requires at least 20 kg of bamboo each day to satisfy its hunger. They have specially developed molar teeth and a very strong jaw, which helps them chew the hard plant thoroughly, so as to ease the digestion. It’s this strong jaw, which gives them the distinct round facial structure. The bear also feeds on other grasses and wild tubers.

Though pandas are usually omnivorous, they sometimes fall into the category of carnivores as well, since they sometimes feed on small birds, fish, and rodents. Panda bears that have been bred in captivity also eat honey, eggs, almost all fruits, sugar canes, shrub leaves, and roots. Since, pandas need to eat so often, it is quite normal for pandas to defecate 30-35 times in a single day!!

They never go into hibernation and are unlike other bears. This is because pandas do not live in temperate zones where they have a rich source of food as well as the fact that bamboos do not provide them with enough nutrition to stay without food for months. They eat in the sitting position which is almost similar to the way baby humans sit while feeding.

The panda sits with its hind legs stretched out in a relaxed and content posture. They may look lazy, but in reality, they are extremely hardworking when it comes to feeding themselves and their cubs. They may sometimes climb mountains at 13,500 feet to collect food during summers. They are also deft tree climbers, excellent swimmers, and hunters of fish.

Since, pandas do not hibernate, they never make permanent shelter abodes and instead, prefer changing their nesting grounds. They sleep in the hollows of trees, or tiny caves. They also try to keep moving higher up in altitude as and when it gets warmer.

Pandas are territorial and do not appreciate other pandas encroaching their personal space, not unless specifically allowed to do so. Female pandas do not let other females into their area, but males may sometime allow abandoned younger males to share their space. This; however, happens in rare cases.

Like male Polar bears, panda bears also do not assist females in looking after and feeding the newborn cubs. This is the sole responsibility of the mothers alone.

The panda has a short, stubby tail that serves no purpose when it comes to swatting off flies, nonetheless they are experts at keeping themselves clean. The bear has five claws plus an extra appendage which is actually an extension of the bears wrist bone. It uses these to grip and eat bamboo branches and climb trees, the extra long thumb is also one of the special Giant panda bear attributes.

An average adult panda can grow up to 2 to 3 feet in height when its standing on all its fours and can weigh around 250 lbs for males while the females can weigh up to 220 lbs.

Scientists believe that the black and white color fur combination helps protect these bears by making them appear intimidating, to other animals. Most animals are, it seems, afraid of big black surfaces on other animals. The panda’s eyes have black fur around them, while the ears are completely black. This, gives other animals, an impression that the panda has four eyes and is a predator.

The Giant panda bears are solitary mammals and always live alone. They have a very sharp sense of smell which helps them keep away from each others domain. They interact only during the spring in order to mate. They leave scents behind so as to let other males know that the female panda has been mated with and should be left alone. Though sometimes they call out to one another to communicate, if there is an immediate threat in the vicinity.

The female pandas mostly always give birth to twins, after a period of 150 days or five months of pregnancy. The cubs are born blind and helpless, the female is not strong enough to look after or feed two cubs at a time, which results in the death of one of the cubs more often than not. Though the ones born under captivity end up surviving as there are human caretakers for one of the newborn panda cubs.

The cubs weigh 142 grams at birth and do not crawl until they are at least 3 months old. Until then they huddle to the mothers chest to stay warm amidst the fur. The cubs are born pristine white and its only after a few months of life that the black fur begins to show. The cubs live with their mother for a minimum of 2 ½ to 3 years. The reproduction cycle is slow among pandas and females may choose to mate only 2-4 years after their first or subsequent delivery.

There are two sub-species of the Giant Panda. Both of these have been named after the region where they inhabit. The Qinling mountain range, situated in the province of Shaanxi, has the Qinling Panda living in its forests. While the Sichuan Pandas are found in scarce pockets within the Sichuan, Gansu, and Shaanxi provinces.

The third species is called the Red panda, though it does not share any genetic characteristics with a normal panda. In actuality, it is NOT a panda at all or even similar to any other animal species on earth, it’s a rare species that hails from the Ailuridae family whose species are especially endemic to the temperate forests Asia. They are found within the dense forests of the Himalayas and some parts of India. They are found in Nepal, Bhutan, China, as well as in some parts of Myanmar.

An interesting fact about the red panda is that, it’s a very shy and small animal. It could be compared to an average house cat or raccoon. It has red fur and a very long bushy tail. It weighs around 3 to 6 kg and is nocturnal in nature.

One of the saddest and scariest fact is that the world’s most cherished bear is also one of the world’s most endangered species existing. Their population is within a few hundreds and right now those which are managing to exist are all thanks to human efforts to preserve their population. Though it was humans that killed them off by recklessly hunting them for their fur and make belief medicinal properties. 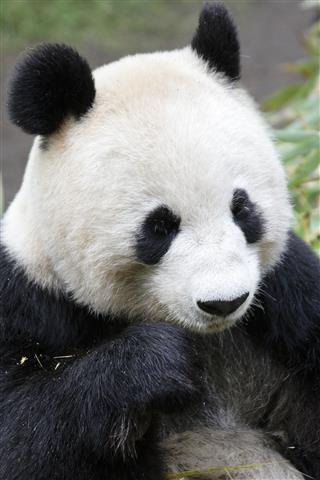 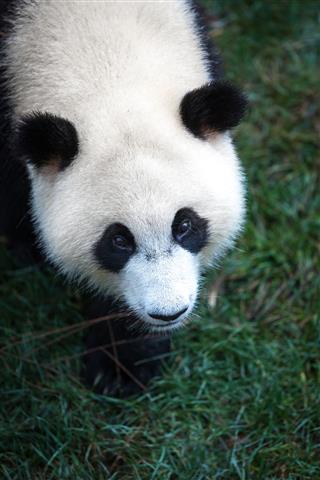 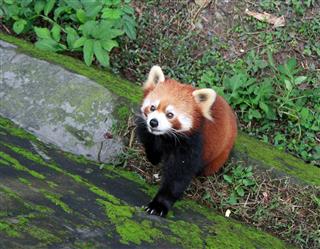 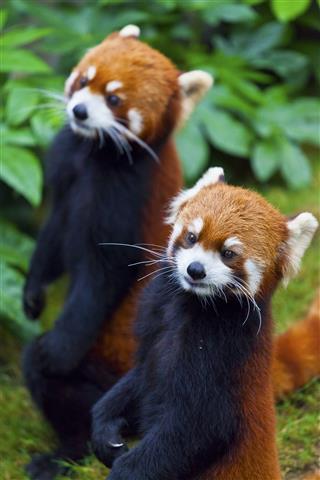 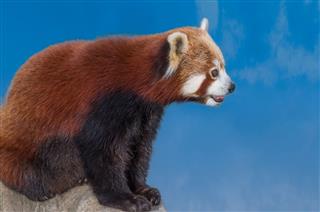 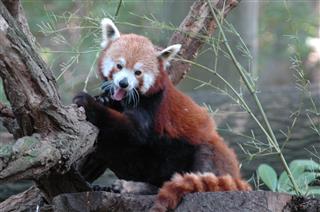 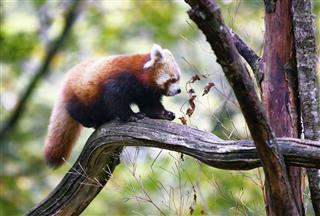 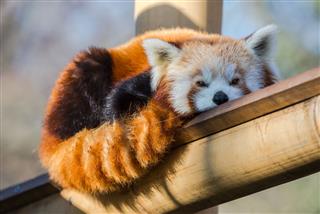 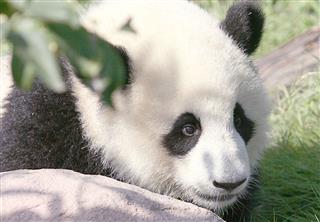 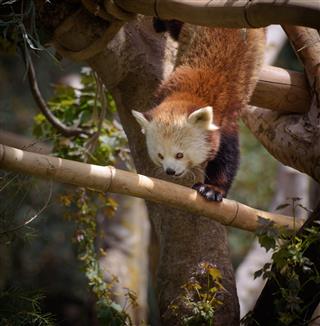 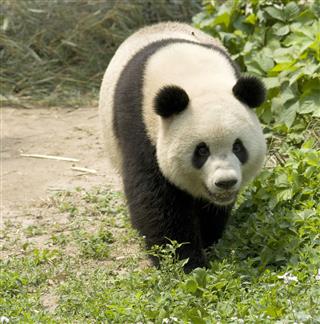