Polar bears are some of the most majestic, beautiful, and dangerous creatures on Earth. The Inuits call polar bears, Nanook. Today, there are an estimated 20,000 to 25,000 polar bears living worldwide.

You are here: Home / Uncategorized / Tingly Facts About Polar Bear That Kids Will Love to Read About

Polar bears are some of the most majestic, beautiful, and dangerous creatures on Earth. The Inuits call polar bears, Nanook. Today, there are an estimated 20,000 to 25,000 polar bears living worldwide.

Those who have seen the movie – ‘Golden Compass’ will remember Iorek Byrnison, the prince of polar bears. Though Iorek talks in the movie, real polar bears do not, at least not in Queen’s English or any other human language.

Real polar bears are fiercer and less friendlier than Iorek. In this article, you will come across some amazing polar bear facts for children. Every fact about these bears is unique and mind-boggling. Be ready to be amazed, by the life and times of polar bears – the white giants of the Arctic.

Polar bears live at the periphery of the northern polar ice cap, in the Arctic circle. Polynyas (water areas surrounded by ice) or patches of unfrozen sea, along with shore leads (patches of water between ice sheets and coasts) are their favorite hangouts, as these places are populated by seals. Polar bears also populate the icy water covering the continental shelf, the ice sheets, as well as the island groups that exist between them. 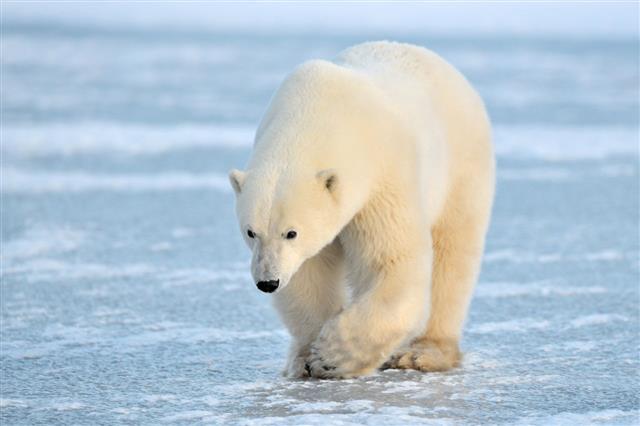 Polar bears are found in coastal parts of Alaska, Canada, Russia, Norway (Svalbard), and Denmark (Greenland). The normal temperature in these regions is -55 °Celsius (-67 °Fahrenheit) and winds here blow at an average speed of 30 miles per hour. Hudson Bay, James Bay and Beaufort sea have many locations where polar bear sub-populations thrive. 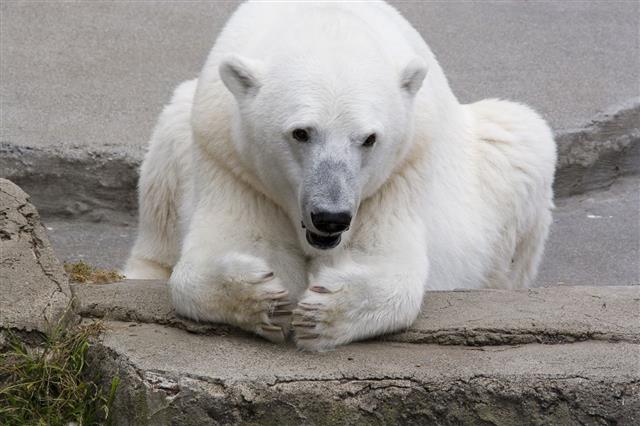 The Polar Bear Provincial Park, situated North of Ontario Canada is a 9,093 square miles expanse devoted to the conservation of these magnificent animals. 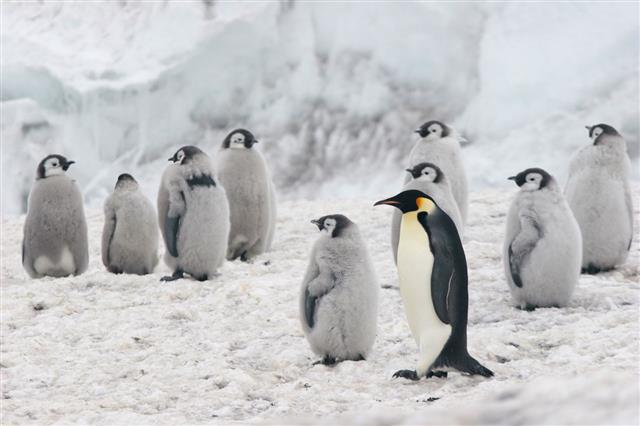 No polar bears are found at the South pole and the surrounding Antarctic region. That’s where penguins reside.

Pregnant polar bears build dens on land and ice to shelter themselves from the ravages of Arctic winter. They nurse their young for more than 2 years, after which they are on their own.

Polar bears are champion swimmers. They can swim at a rate of 6 miles per hour in sea water at sub-zero temperatures. None of our gold medal winning Olympic swimmers would stand a chance against a polar bear. These bears have been known to swim for hundreds of miles non-stop, on the trot, resting on ice sheets for a while in between. On land, polar bears can travel at top speeds of 40 kilometers per hour.

Polar bears are the largest bears on earth. They are also the largest land carnivores (meat-eaters) in the world. Newborn polar bears are as small as rats, but as they grow up, they tower up to 10 feet in height and weigh more than 1400 pounds. Their average weight is about 352 to 680 kg (770 to 1,500 lb), which is just about half a ton! Adult females are about half the size of male polar bears. 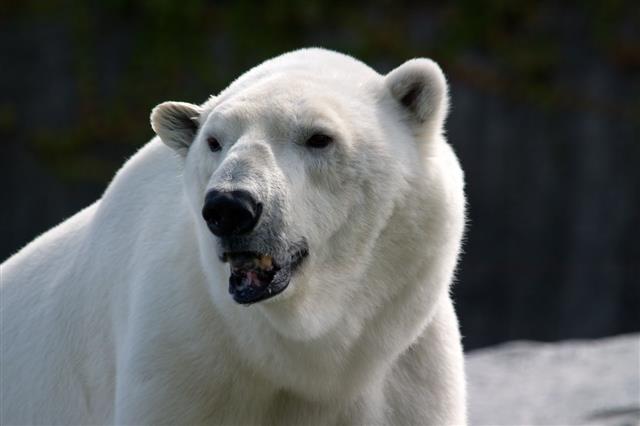 These great predators live up to an age of 25 to 30 years. 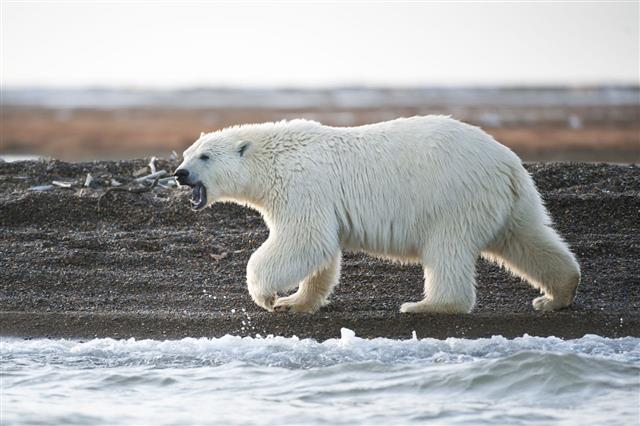 They possess 42 sharp teeth that can bite through just about anything that they can get their paws on. Their paws are each 12 inch (1 foot!) wide, which enables them to wade through layers of snow. Their eyes are covered with three eyelids, each designed to protect their vision from external elements. Interestingly, these creatures have blue tongues.

Now you may be wondering how polar bears manage to stay warm and alive in such freezing temperatures. The reason is a 4 inch thick layer of blubber fat, which lies under their skin. It is like a layer of insulation which protects them from the cold, helping them maintain their body temperature. In fact, the layers of fat lock down the heat in their body so efficiently, that they almost don’t show up on an infra-red sensitive (night-vision) camera!

What do polar bears eat? It’s mostly seal meat. They primarily hunt ringed, bearded, harp, hooded, and ribbon seals, followed by narwhal, walruses, reindeer, seabirds, muskox, shellfish, kelp, fish, eggs and at times – Beluga whales. On an average, an adult polar bear consumes about 4.4 pounds of fat on a daily basis! Naturally their stomachs are big enough to hold enough food, amounting to 10% to 20% of their body weight. 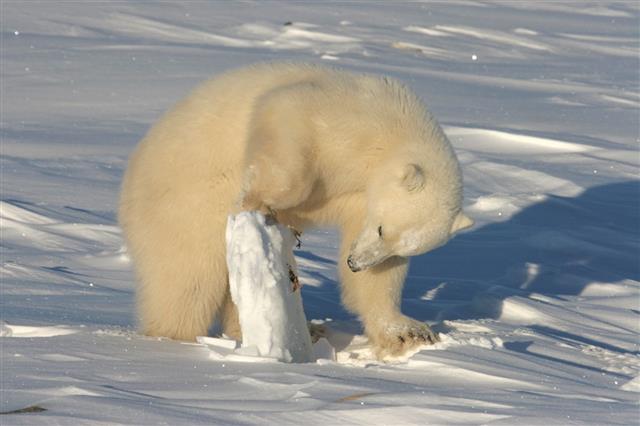 Polar bears are basically carnivores but they switch to a vegetarian diet in summer and eat berries if need so. They are the kings of the Arctic circle, unrivaled in their strength and endurance. To survive the extreme cold conditions, a polar bear’s body has to become a fat and protein accumulation, and burning machine. The fact that about 84% of consumed protein and 97% of fat is completely assimilated, is your proof. It enables them to survive without food, for up to 9 months in hibernation. 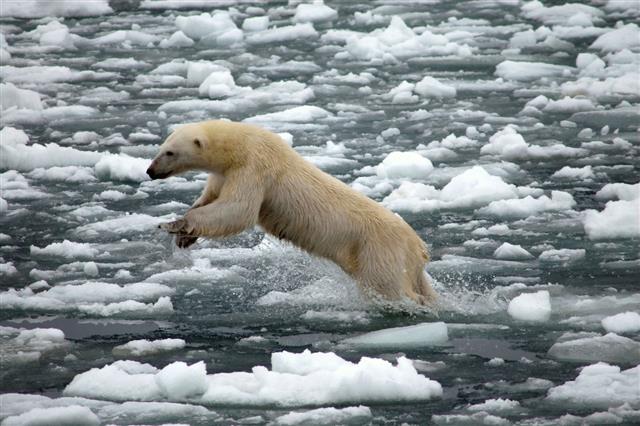 Their hunting style is stealth. They can crouch near ice holes for hours, to pounce on seals.

The Acute Sense of Smell

Polar bears are built to survive in the Arctic environment and rule the waters. They have a very keen sense of smell. Their nose can sense a prey like a seal a mile away or one meter under ice. Not unlike wolves, they can smell and track down their quarry which is mostly hidden in lairs.

Polar bear’s fur is not white, even though it may appear to be so. Each hair in the polar bear’s fur, is in fact transparent. They look white because they reflect the white color of the ice. The polar bear fur is also oily and water-repellant, so that it can easily dry itself. Contrary to popular perception, the color of polar bear skin is in fact black, which is well disguised by their fur.

Global warming is adversely affecting the polar bears, by causing the rapid melting away of Arctic ice sheets. They are their floating homes and hunting grounds. Polar bears are also poached for their meat and fur by men. In the IUCN Red List of Threatened Species, they are classified as a Vulnerable, as their existence is seriously threatened by human hunters and global warming.

Every one of these facts about polar bears is incomparable to any other animal on Earth, as their bodies are uniquely adapted to brave the icy winds of the Arctic. There are built to survive the sub-zero temperatures around the north pole where they are now slowly beginning to thrive back again. Surely these facts must have left you in awe of these beautiful creatures of the ice. You can do your bit in saving polar bears by opposing their poaching for fur, as well as raising a voice to promote the usage of clean energy sources, that would reduce the impact of global warming on their habitat. You can virtually adopt a polar bear by donating to the WWF (World Wildlife Fund), which uses the proceeds to fund their global conservation efforts. 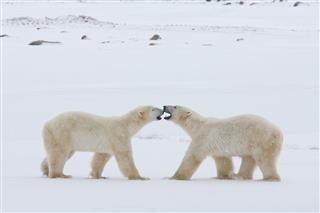 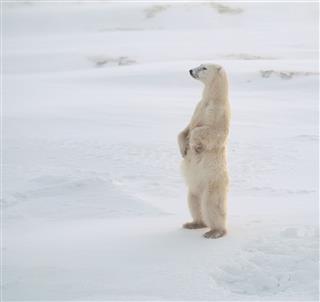 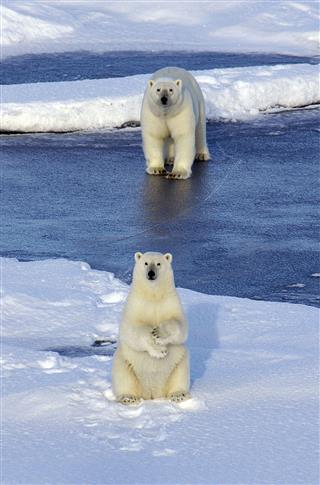 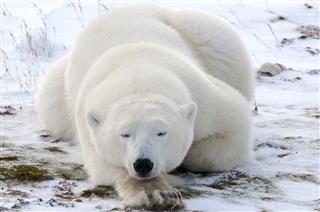 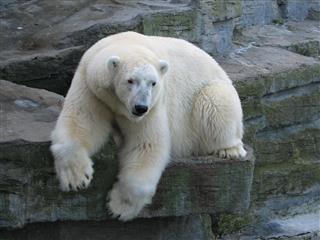 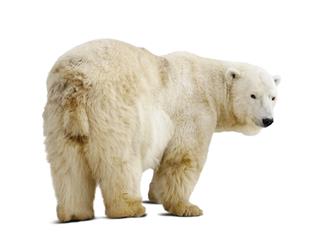 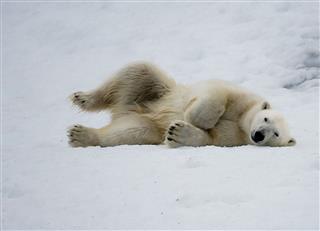 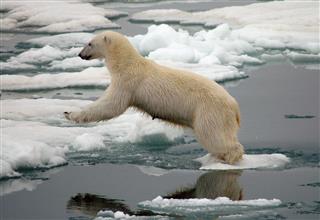 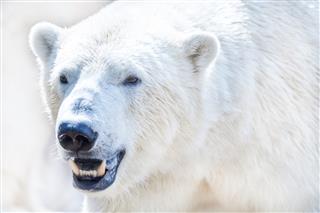 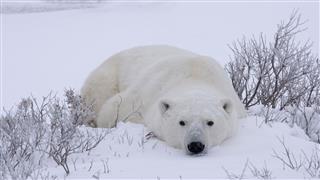 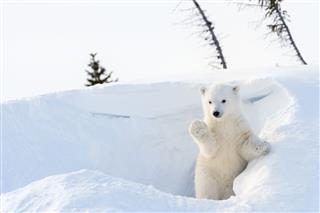 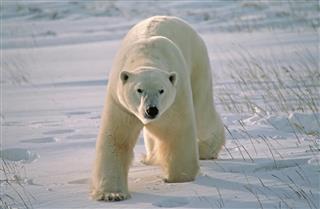 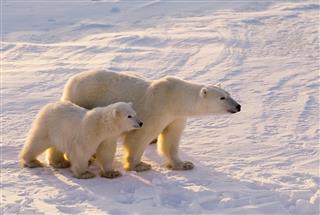 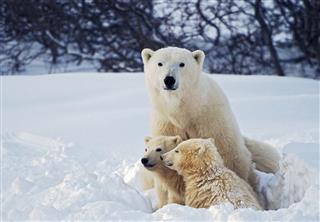 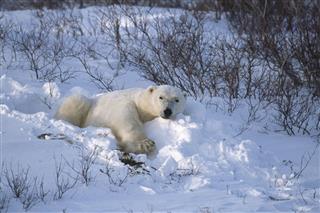 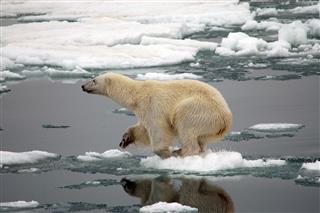 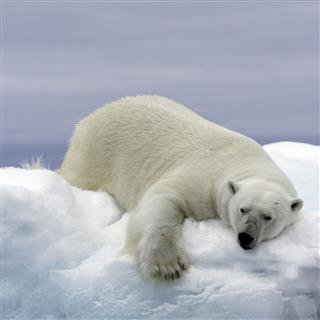 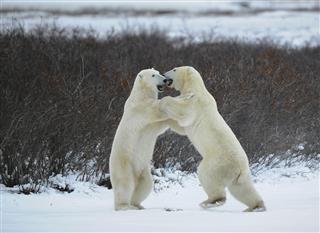 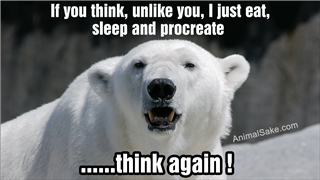