Snapping turtles are among the largest freshwater turtles in the world. They are aggressive in nature and snap readily, when they feel threatened.

Snapping turtles are among the largest freshwater turtles in the world. They are aggressive in nature and snap readily, when they feel threatened. 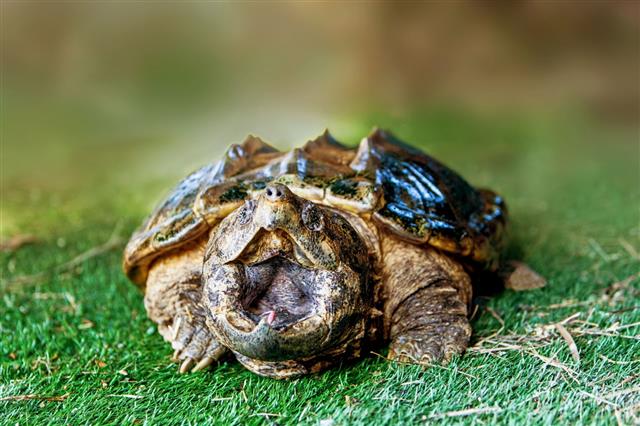 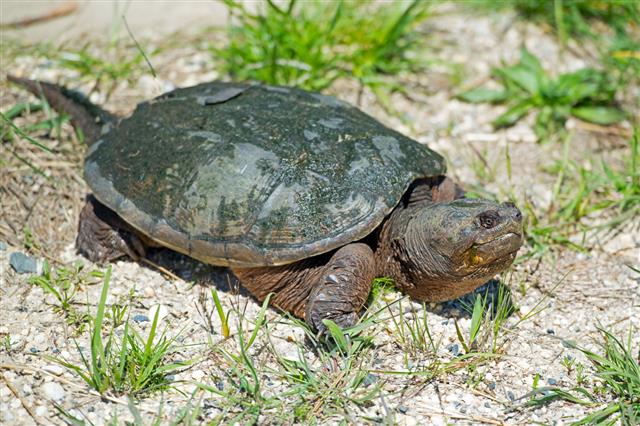 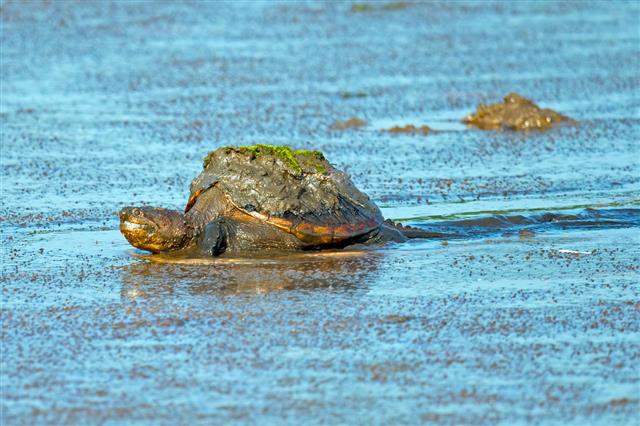 The name snapping turtle refers to two different species of freshwater turtles that belong to the same family Chelydridae. The two species are –

While Chelydra serpentina is commonly known as the common snapping turtle, Macrochelys temminckii is popular as alligator snapping turtle. These two species are mainly found in North America, and it is believed that this turtle family had many other species that are extinct now. The name snapping turtle is derived from their aggressive and fierce nature.

When compared to common snappers, alligator snapping turtles are larger and less aggressive. Both the species have some features in common, like the large head, long neck, and the spiky tail. However, the main distinguishing feature is the ridged and spiky carapace of alligator snappers.

Alligator snapping turtles have three rows of spikes on the carapace, that has raised plates.

While an average adult common snapping turtle can weigh between 5 to 16 kilograms, there are some exceptionally large ones with a body weight of around 35 to 40 kilograms. An average adult alligator snapper can weigh up to 80 kilograms, but heavier ones are also found. Males are larger than females, and possess longer, thicker tails.

In case of common snappers, the smooth carapace can be tan, brown, olive green or black in color. They have muscular legs with strong claws, large heads, and long tails. These turtles have nodules on the legs, neck, and tail. Alligator snappers can be gray, brown, black, or olive green in color. They have fleshy filamentous eyelashes and radiating yellow pattern around the eyes.

Yellow pattern around the eyes

As mentioned above, snapping turtles cannot protect themselves by pulling the head, limbs and tail inside the shell. However, they are provided with scales on the legs and tail, as a protective covering.

The shell covering that covers the belly of the turtle is called the plastron. In case of snapping turtles, the plastron is small, and does not cover the whole underside. So it becomes difficult for them to hide their head and limbs inside the shell, in case of a threat. This could be one of the reasons for their aggressive behavior.

Snapping turtles have very strong beak-like jaws with sharp edges. They use the sharp-edged jaws for tearing food and for biting. With a long neck that can be extended to the back, these turtles can inflict serious bites. They are also equipped with strong claws that are used for defense.

The alligator snapping turtle has a pink appendage on the tip of the tongue, to lure fish. As the turtle rests motionless, the worm-like appendage wiggles like a worm to attract fish.

Worm-like appendage on the tip of the tongue

While the alligator snappers are mostly found in the southern waters of the United States, the range of common ones spans from South America to Canada. Common snapping turtles are often found at higher altitudes, as compared to their counterparts and they inhabit shallow ponds, lakes, and streams.

Both the species are aquatic creatures that spend most of their life in water. They can lie at the bottom of the water body for a very long time, stretching their neck for occasional breathing. The females come out of the water for nesting, and occasionally, these turtles are found basking in the sun.

It has been observed that most of these turtles can spend three to four hours continuously under water. Inside water bodies, they are mostly found to be peaceful and harmless. However, the aggressive behavior is mainly seen when they are on land. Snapping turtles are also found to produce hissing sounds, when they feel threatened.

Mating takes place once a year and the female lays around 10 to 50 eggs, at a time. Though they spend most of the time under water, female snapping turtles travel long distances to find a spot suitable for laying the eggs. Once they locate such a place, they dig nests, lay eggs and return to water.

In short, snapping turtles are aggressive, and are not considered good as pets. You have to handle them with utmost care, so as to avoid their bites. Apart from the aggressive nature, another disadvantage is their huge size. Improper handling may also result in injuries to the animal. As far as the conservation status is concerned, the common snappers come under the ‘LEAST CONCERN’ category, whereas the alligator snappers are listed as ‘VULNERABLE’ species. 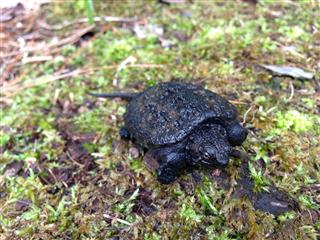 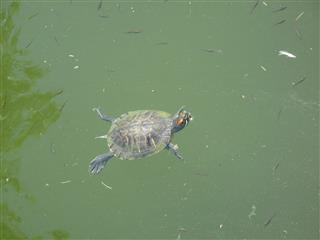 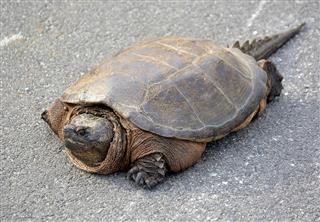