Facts about the Stargazer Fish

The stargazer fish is an amazing creature with some unique characteristics. This article provides some more interesting facts.

You are here: Home / Uncategorized / Facts about the Stargazer Fish 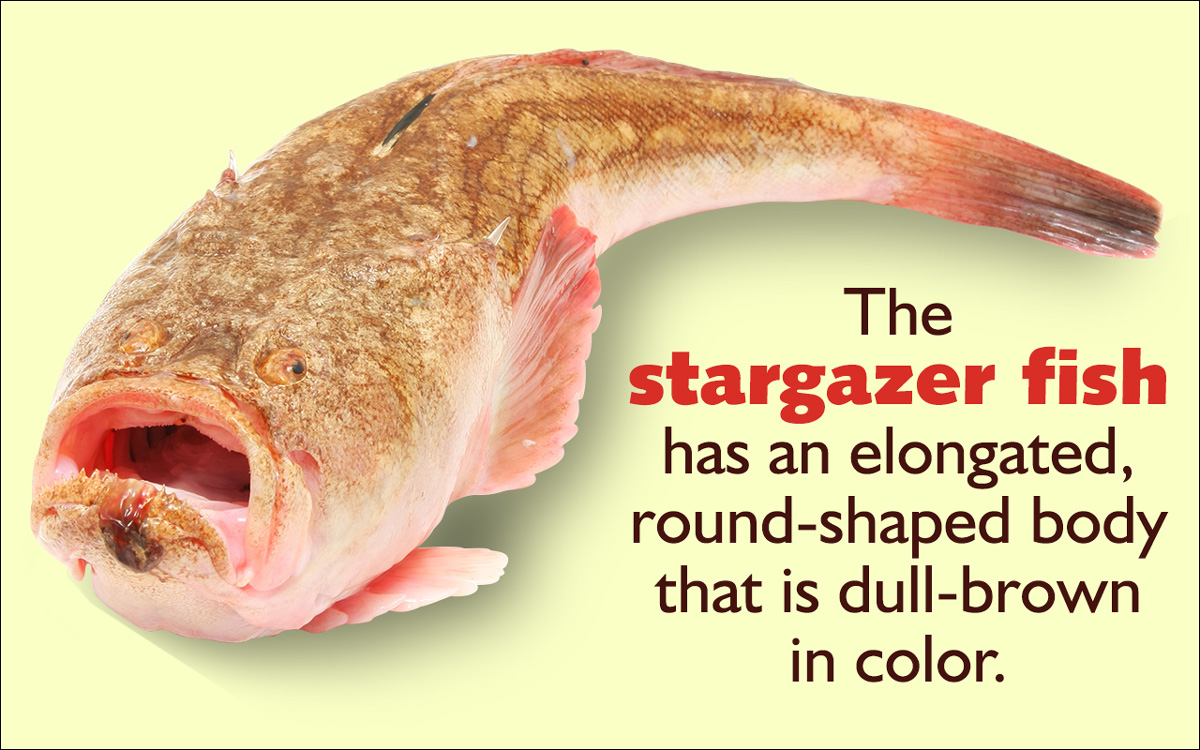 The stargazer fish is an amazing creature with some unique characteristics. This article provides some more interesting facts. 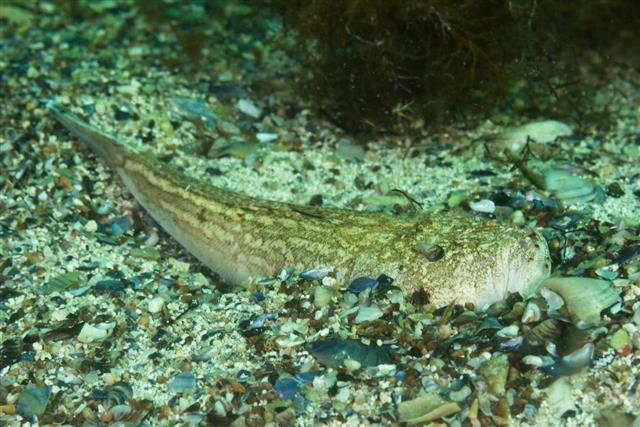 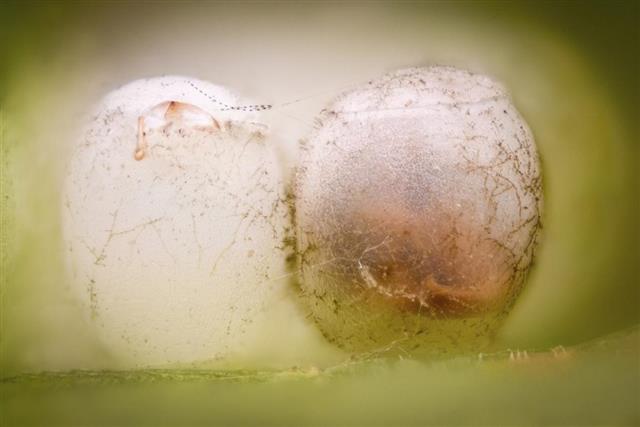 The stargazer is a bony fish that belongs to the family Uranoscopidae. In all, there are almost 50 species of stargazers found in 8 different genera. It lives in shallow waters of seas and oceans and is quite commonly found in the Mediterranean sea and the Atlantic Ocean. It can be described as a benthic species that prefers either to remain buried under the sand or mud, or stay on the floor of the sea or ocean bodies. When it buries itself in the sand or mud, its eyes and mouth are the only two parts that are visible, which is how it gets its name.

The scientific classification of this fish is as follows.

This fish has an elongated, round-shaped body with a dull-brown color. The upper section of the body has a slightly darker shade of brown as compared to the lower part. It has a large head, which is slightly flattened on the sides and consists of rough, bony plates. On an average, the usual size of the fish varies from 18-25 cm. However, there are certain species of giant stargazer that can be as long as 90 cm.

Its eyes are very small in size and are mounted at the top of the body. It has a large mouth, which is faced in the upward direction. At the tip of its lower jaw, there is a small projection that looks like a worm. Most species have both the dorsal fins and anal fins. However, in some of the species, the dorsal fins are missing. This fish is poisonous in nature. This is because of the presence of two large poison spines that are located on each of its pectoral fins behind the gill cover. These spines can produce electricity and also deliver electric shocks.

It eats a variety of other fish and invertebrates like crabs present in the marine water for its survival. It hides itself under the sand and keeps a watch on its prey. Its body color also helps it camouflage with the surroundings. As soon as it finds a prey nearby, it jumps upwards to catch hold of it. Another technique is where it uses the appendage attached to its lower lip. As it appears like a worm, the fish quivers it to attract the prey. Then the prey, assuming it as a worm, moves towards it. As it comes near the mouth, the fish creates a vacuum inside the mouth and sucks in the prey fish. Thus, the prey enters into the open mouth of the stargazer.

The breeding season is in spring and summer. The fish lays small transparent eggs at the bottom of the sea. Later, the eggs float to the surface of the water and hatch into larvae. They remain on top of the water until they reach 12-15 millimeters in length. At this stage, they can swim to the bottom of the water, where they grow into mature adult fish.

The physical features and adaptability of this fish are exceptional indeed. It can cause harm to humans with its venomous spines which can discharge up to 50 volts of electricity. Divers are quite familiar with this species of marine fish. It is infamous for its attacks, particularly on the night divers. If you are handling live specimens of these fish, you should do so with great care. Usually, if humans approach this fish, it will not cause any harm unless and until it is disturbed. 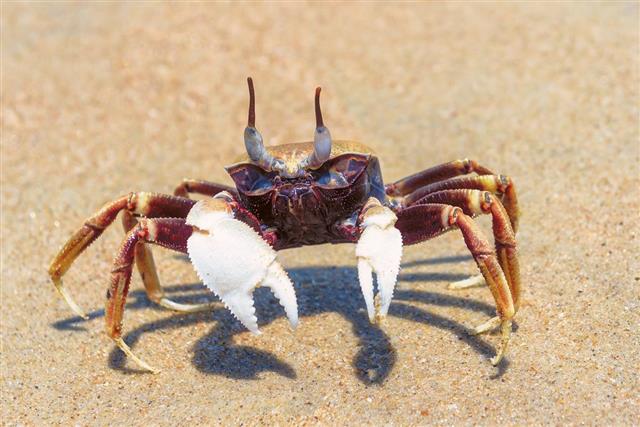