7 Stingray Facts That Will Leave You Terrified

Regions of coastal tropical and subtropical marine waters are where the stingray population thrives. However, it is not limited only to these regions, as there are some species which are also found in warmer temperate oceans. More stingray facts coming up in the following.

You are here: Home / Uncategorized / 7 Stingray Facts That Will Leave You Terrified 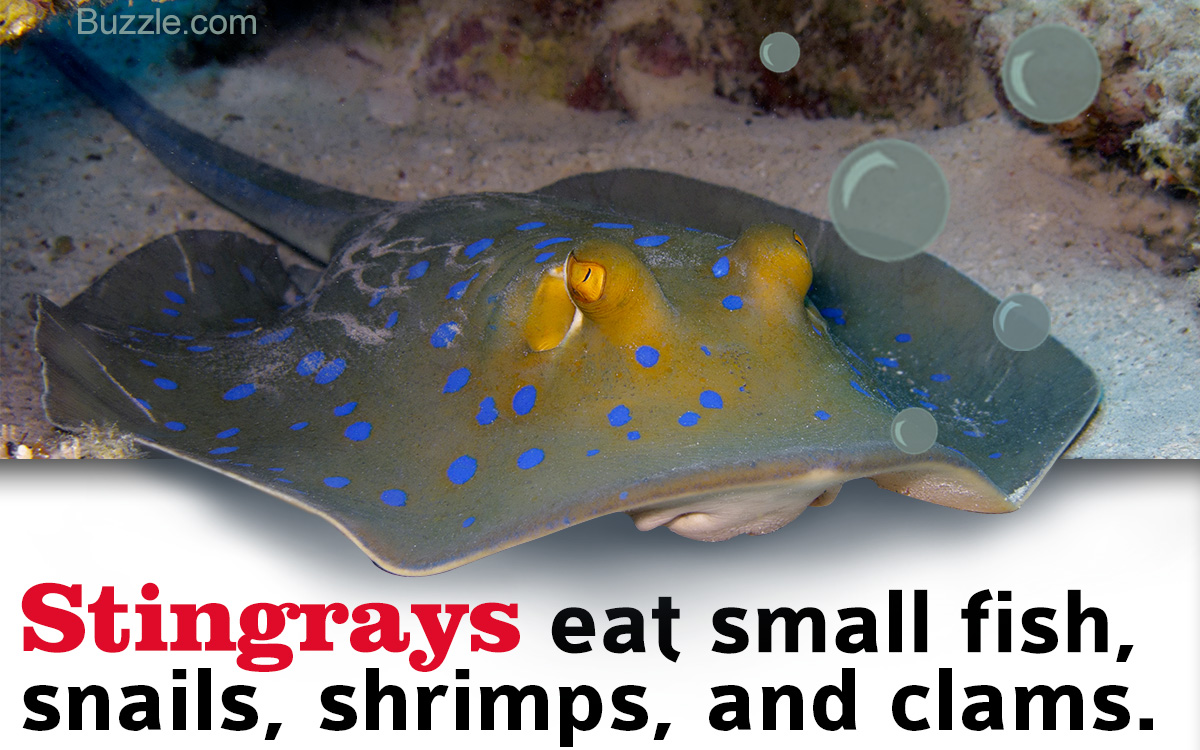 Regions of coastal tropical and subtropical marine waters are where the stingray population thrives. However, it is not limited only to these regions, as there are some species which are also found in warmer temperate oceans. More stingray facts coming up in the following. 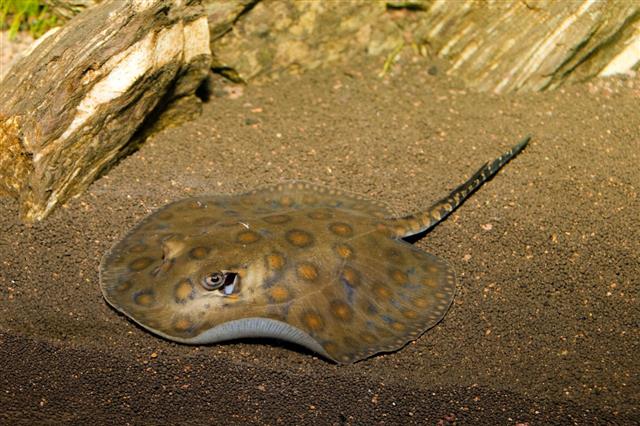 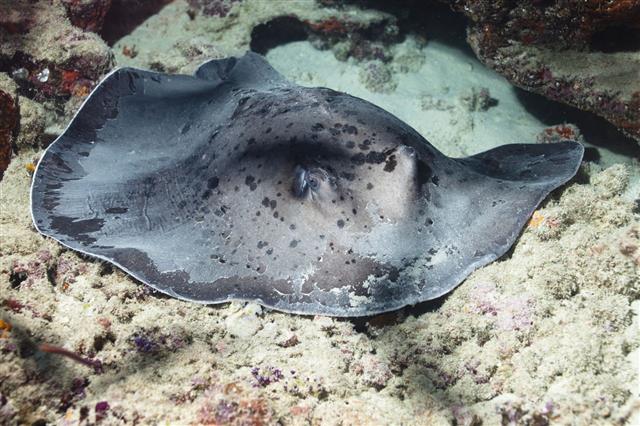 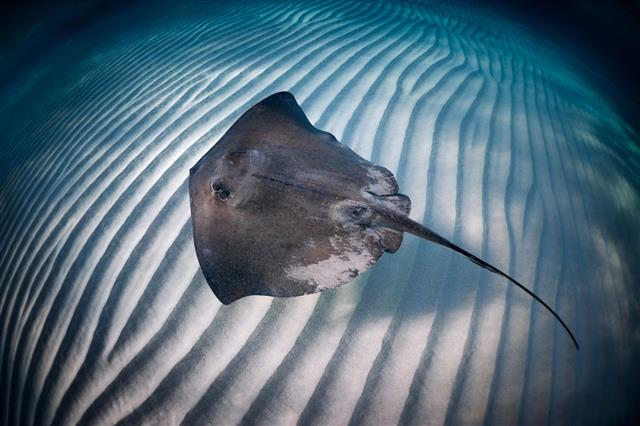 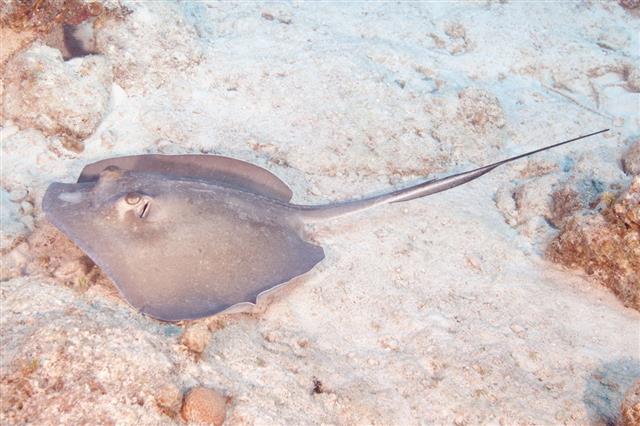 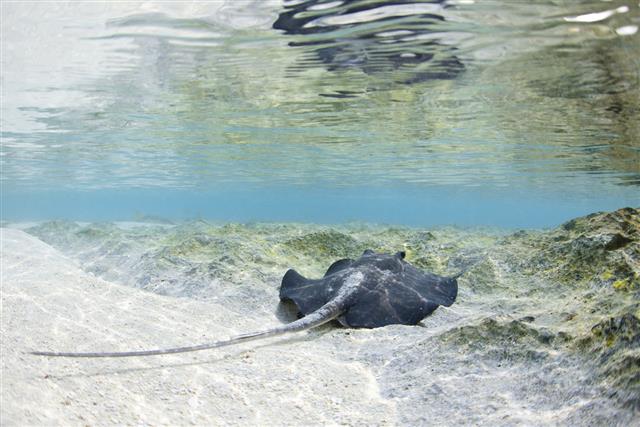 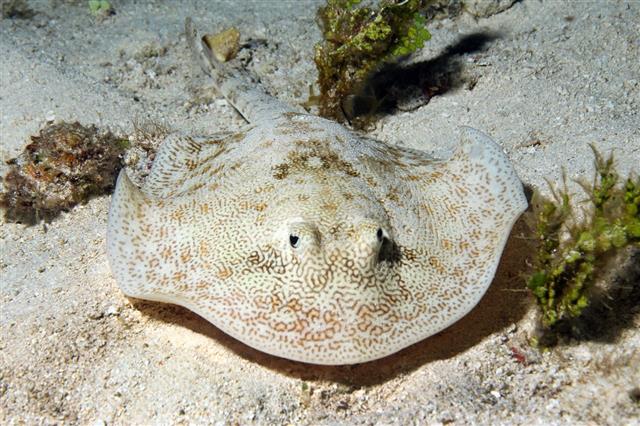 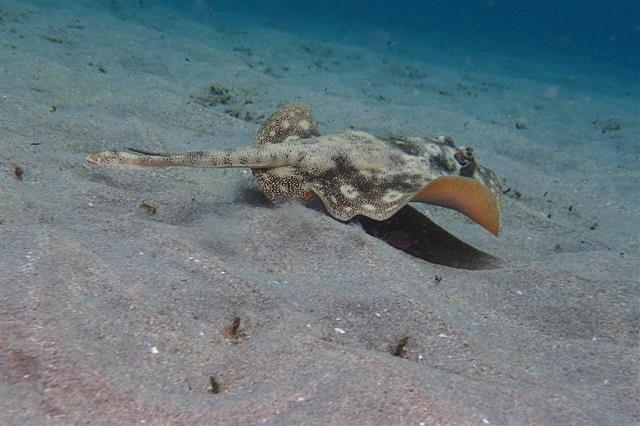 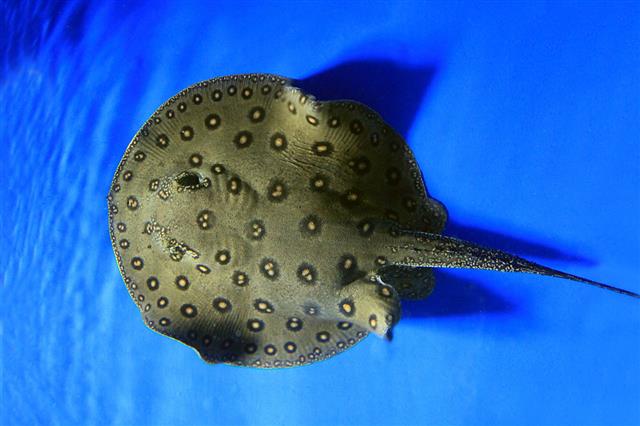 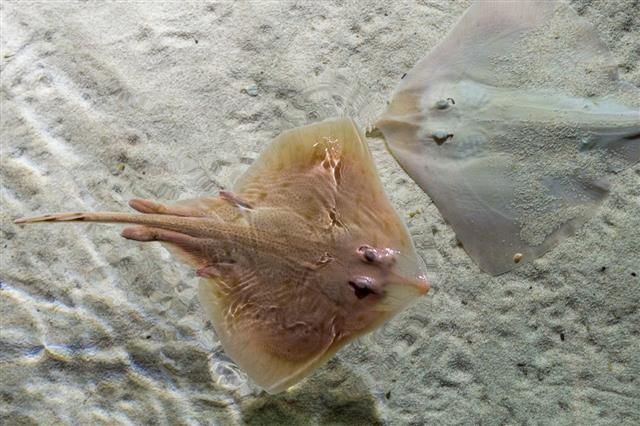 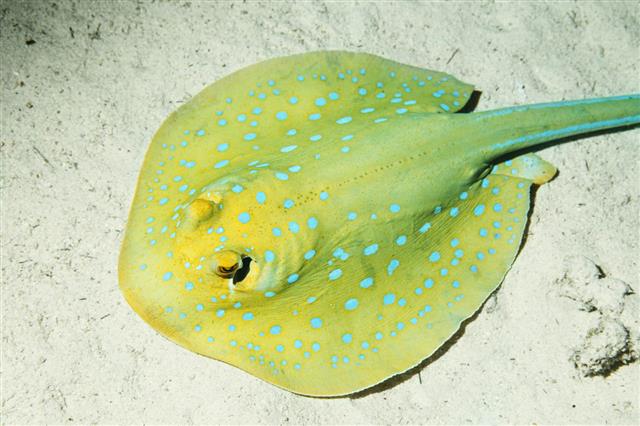 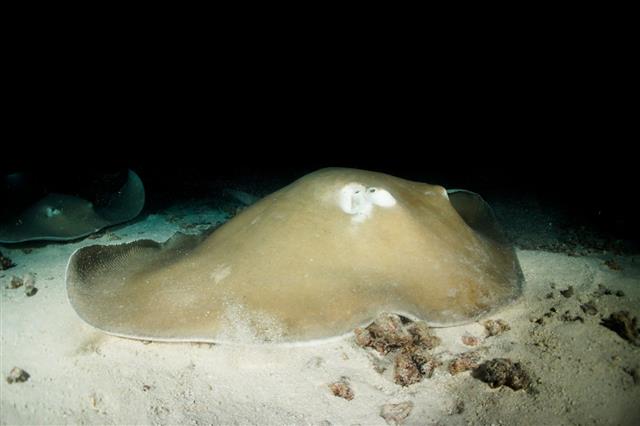 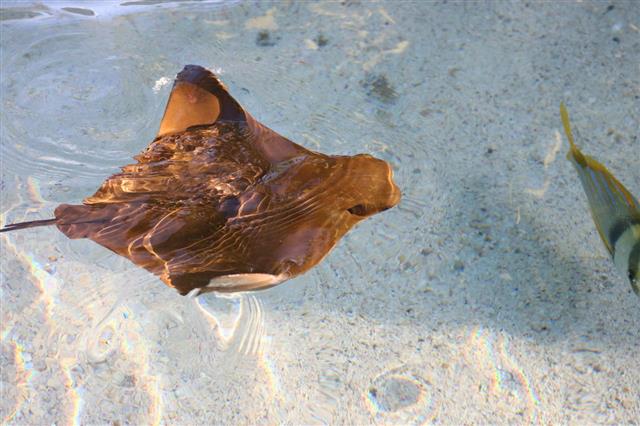 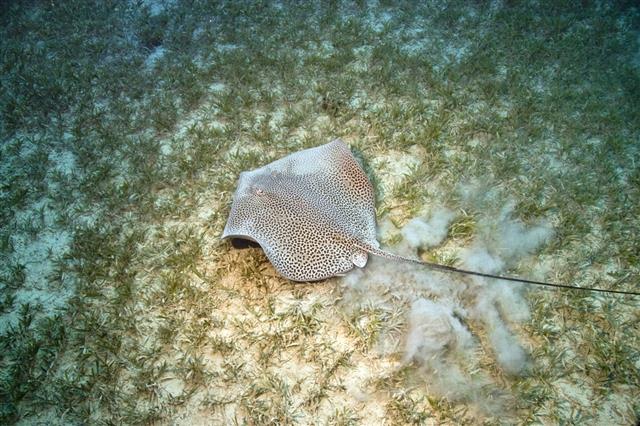 The stingray has been named after the barbed stinger on its tail. This stinger is primarily used in self-defense, and can reach a length of approximately 35 cm. There are two furrows or channels with venom glands on the underside of the stinger. Most species of this creature may be equipped with one or more these stingers, while, there are also some which completely lack them.

# Commonly, the fish can be found inhabiting shallow, near-shore waters in warm parts of the world. And when the weather begins to cool down, the fish would dive further into the depths of the ocean. That is why, they are usually found roaming along the seabed or buried in the loose sediment. A major part of the creature’s life is spent in being partially buried in the sand. This they do to camouflage themselves from predators, and for hunting preys by ambush.

# The stinger of the fish is razor-sharp, barbed, agile and amazingly flexible. While hunting, the stingray puts down its prey by piercing the stinger through it before it can escape. This fact makes me recall the incident which caused the demise of Steve Irwin, popularly known as “The Crocodile Hunter’. That tragic day, Irwin was filming a new documentary called Ocean’s Deadliest. During the shoot, while snorkeling, he accidentally came over the top of a stingray. In defense the fish threw up its tail causing the stinger to pierce through the left front of his chest. It was stated that Irwin passed away instantly. It is said that his removing the stinger from his chest, might have caused him to succumb to the injury thus, dying on the spot. This whole incident was regarded as an accident because stingrays are known to bear a docile and placid nature; their usual response to any danger is to flee. To add to this, most people say that these fish would swim close to divers and snorkelers without fear.

# The creature has its eyes on top of its body, and mouth is on the underside. Due to this physical feature, the fish cannot see its prey. However, the fish counters this disadvantage by using its smelling abilities and electrical sensors to detect the same. The same feature is also shared by sharks.

# The stingray diet consists of a wide variety of other sea creatures such as crabs, molluscs, clams, oysters, snails, and some species of fish. It is completely carnivorous and only feeds on other animals. For feeding, some species of this fish are equipped with two powerful, shell-crushing plates in their mouths. While, some only have sucking mouth-parts.

# Speaking of the fish’s nemesis, there aren’t many creatures who like to pick up a fight with this stinger. Thanks to its large size! Also, the stingray’s predator usually have a difficult time in tracking it, as it impeccably hides itself under the sand of the seabed. Sharks, seals, sea lions and large species of carnivorous fish are known to be the potential, natural predators of this creature.

# A female can give birth to 2 – 6 ‘pups’ at a time, and the birth generally takes place once a year. The juveniles survive inside the womb without a placenta and absorb nutrients from a yolk sac. And when this food source runs out, they are fed with milk in the uterus of the mother. While the juvenile is still inside the mother, it attains a size enough to make it look like a small-sized adult at birth. Stingray pups are able to fend for themselves right from the time they are born.

To conclude, the stingray is known to be too placid to attack humans out of aggressiveness. As it was in the case of late Steve Irwin, in most cases too, the sting usually occurs only when a ray is accidentally stepped on. The sting can cause pain, swelling, and muscle cramps from the venom. There are also chances of possible bacterial infection. The injury from a stingray is painful but seldom fatal, unless it has occurred in a vital area of the body. 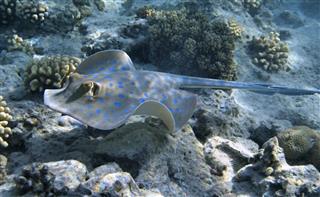 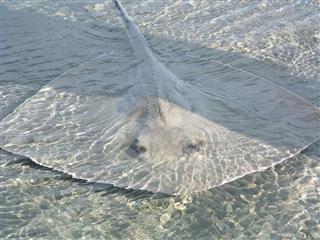 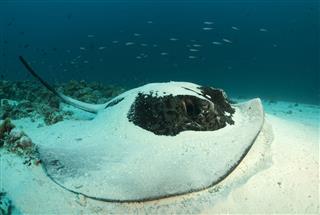 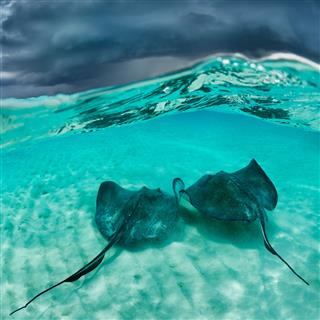 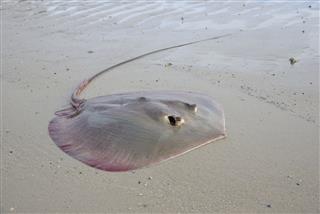 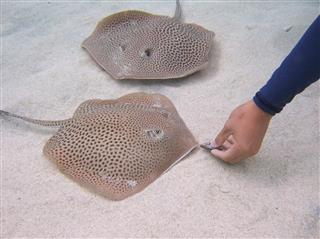 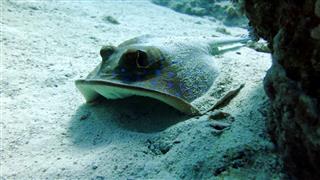 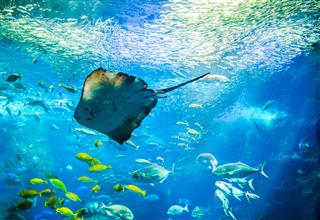 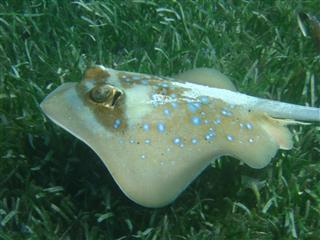 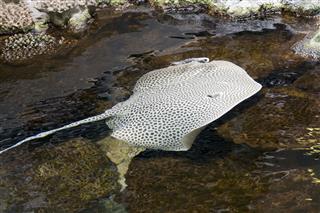 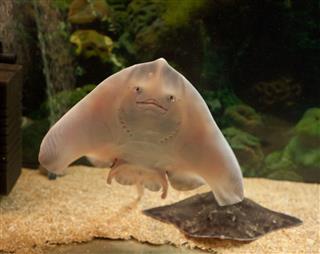 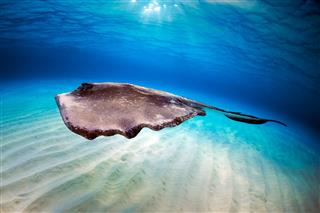 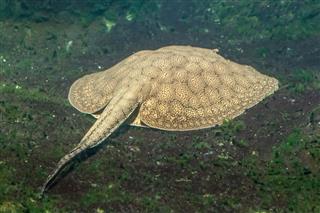 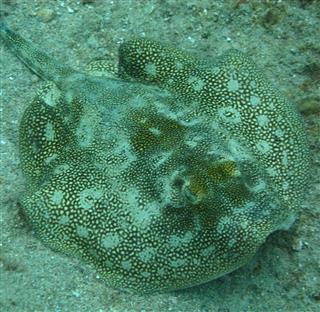 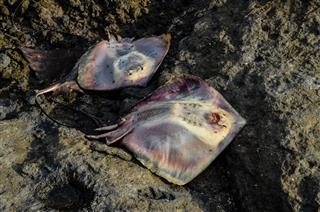