Unbelievable Facts About the Eating Habits of Coyotes

Most often mistaken to be domestic dogs, coyotes may now be spotted in cities too. Many are not aware, but this can be a danger signal to your pets. AnimalSake discusses the reason for this while also providing information about their eating habits.

You are here: Home / Uncategorized / Unbelievable Facts About the Eating Habits of Coyotes 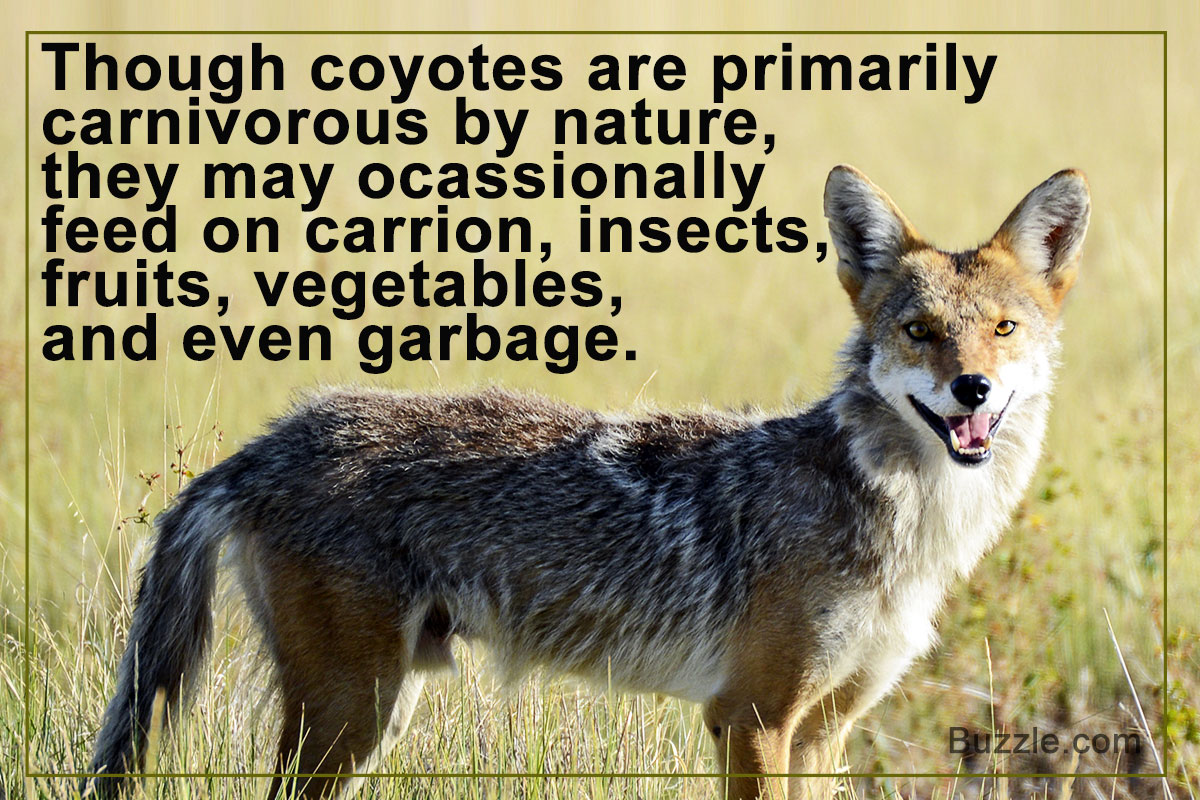 Most often mistaken to be domestic dogs, coyotes may now be spotted in cities too. Many are not aware, but this can be a danger signal to your pets. AnimalSake discusses the reason for this while also providing information about their eating habits.

Coyotes are known to urinate over their food. Some believe that it is probably to state their ownership over it.

Coyotes belong to the family Canidae that includes wolves, dogs, jackals, etc. They are native to North America. These animals are very close in appearance to wolves. Sometimes, they are also called prairie wolves or brush wolves. However, they are smaller in size than wolves. Moreover, they have pointed ears that are always erect and have a thin muzzle with a pointed nose. Their bodies are thin and covered with thick fur. Their tail is long and bushy. Furthermore, they have a strong sense of smell and great vision.

Their scientific name is Canis latrans, which also means ‘barking dog’. They have 19 subspecies that differ from each other based on their genetic differences and their distribution range. They are considered to be one of the most adaptive animals in the world. Not only that they can adjust well in different habitats, they can do so in their eating habits as well.

What do Coyotes Eat?

► Their adaptive behavior can be observed in the way they hunt for their food, i.e., they hunt based on the availability of food in that particular location.

► Though they primarily follow a carnivorous diet, they are considered to be versatile and highly flexible when selecting food, which may vary over space and time. They may occasionally feed on insects, fruits, vegetables, etc. as well. Moreover, due to their flexible and broad diet, they are capable of surviving in many different habitats.

► They tend to feed on carrion or the dead remains of animals as well, though they usually have a liking for fresh meat.

► They are also believed to consume grasses such as green wheat blades and cultivated grains such as wheat, sorghum, beans, corn, etc. 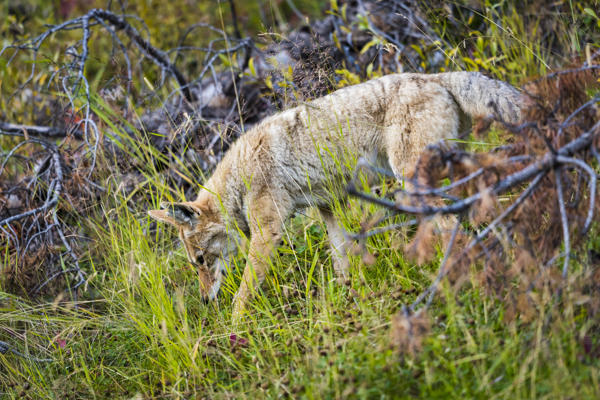 ► Their diet also seems to change based on weather conditions. In the winter months, their diet mainly comprises the dead remains of ungulate. Snowshoe hare and deer may also be attacked during this time. In summer, spring, and fall, a major portion of their diet consists of rodents. They may also consume fruits, berries, and grass. During dry seasons, they search for moisture-rich food like melons, etc. They may also search for a cattle tank for it or just dig for water.

► They are known to attack livestock and poultry. Due to this, they are also referred to as destructive pests by farmers and ranchers.

► Coyotes may now be commonly found in many city areas as a result of climate change, habitat destruction, and various other factors. In cities, they are usually attracted to pet food and garbage. They are also known to attack unsupervised domestic pets, mostly cats and dogs. Another reason for coyotes to attack domestic dogs is for intruding territories. 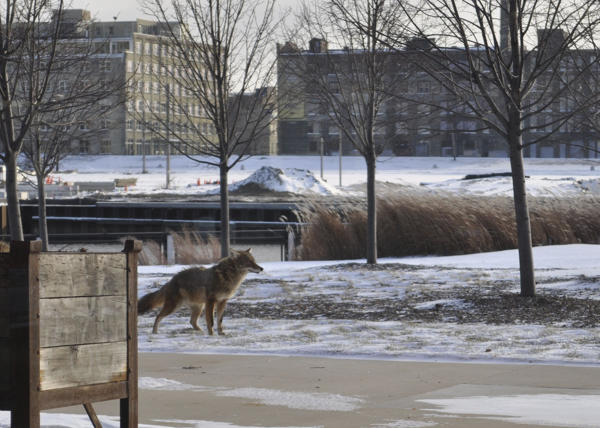 ► Their adaptive behavior enables them to survive even in desert areas by feeding on cactus fruit, lizards, snakes, mesquite beans, rodents, rabbits, birds, and whatever is available. 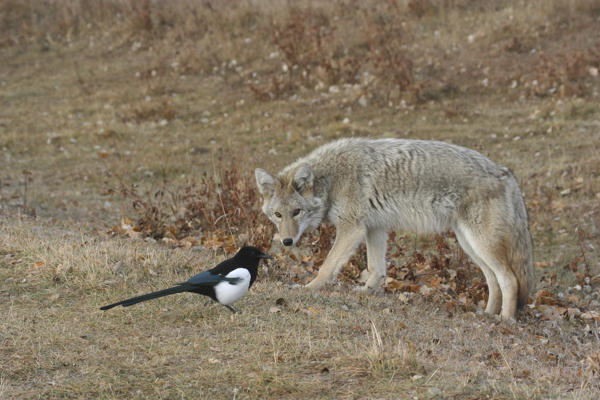 ► They are generally nocturnal hunters; however, those that are hungry may even hunt during the daytime.

► A single coyote may attack a small prey, while larger preys may be attacked by a group.

► These predators attack their prey from the front by deeply cutting through its throat and head.

► They store away any excess food for use later.

Tips to Protect Your Pets

Many tend to get worried about the safety of their pets due to the increase in number of domestic pets getting killed by coyotes. Here are some tips to prevent such a happening.

► Never leave your pet unsupervised when outside, especially at night.

► If coyote occurrences are frequent in your area, make sure to keep your pet indoors. This would mean even their feeding should be done indoors; that is, the pet’s food and water.

► Make sure that the trash can covers are properly fitted, as garbage that is in the area may be inviting to a coyote. This may apply to even fruits that have fallen from the trees. That is, it is better to pick them and put them away for the same reason.

Considering the aforementioned points, it can be concluded that coyotes can eat almost anything within their reach or that is accessible to them.