Types of Bears Found Around the World

Bears are found across the entire Northern Hemisphere, and are particularly concentrated in North America and Asia. Read about the various types of bears found in the world, through this AnimalSake article.

You are here: Home / Uncategorized / Types of Bears Found Around the World 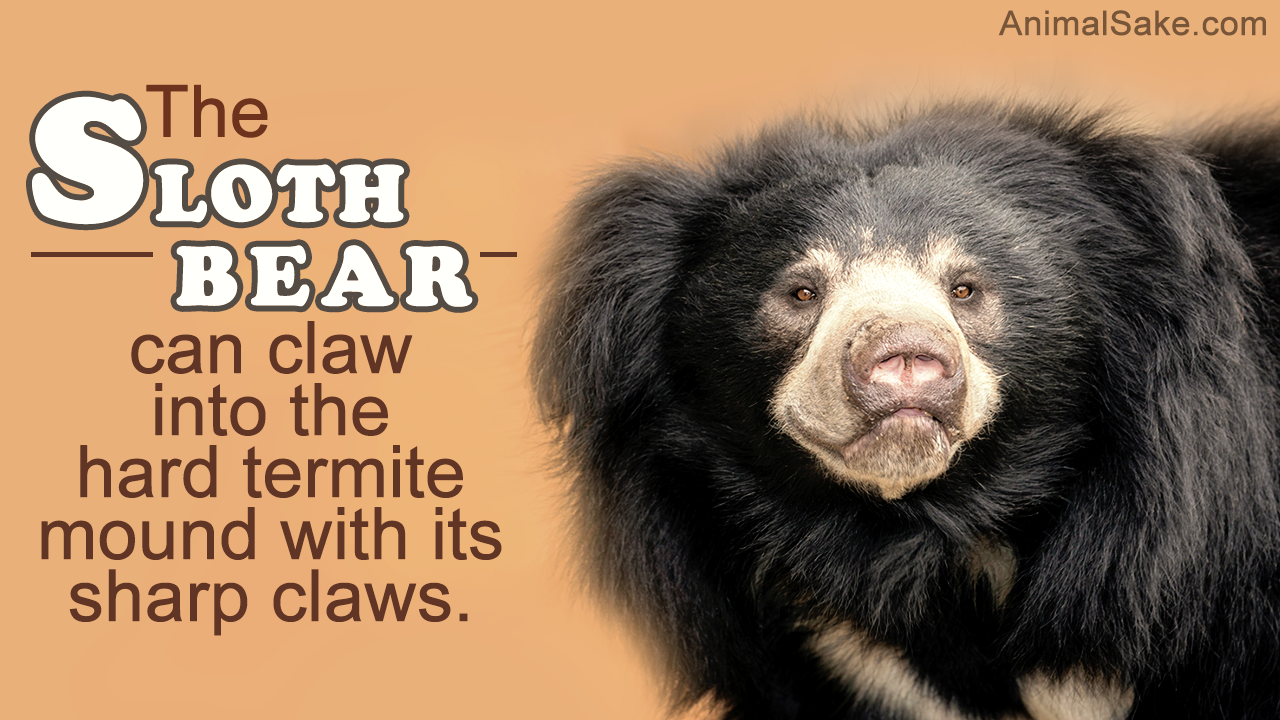 Bears are found across the entire Northern Hemisphere, and are particularly concentrated in North America and Asia. Read about the various types of bears found in the world, through this AnimalSake article.

Africa, Australia, and Antarctica have no resident bear species.

Bears are one of the most widely distributed land carnivores in the world. They form the Ursidae family of carnivores, and are part of a class of carnivores known as Caniformia. These carnivores are related to canids, or dogs and wolves. This is one of two major factions in the Carnivora order, the other being Feliformia, or carnivores related to cats.

Bears are most closely related to pinnipeds such as seals and sea lions, and smaller animals such as weasels, the wolverine, and the red panda. Koalas, often called koala bears due to a superficial similarity, are not at all related to bears.

Discounting the polar bear-grizzly bear hybrid, there are 8 bear species found in the world:

Here’s a short description of the eight types of bears found around the world.

Different Types of Bears in the World

The American black bear is found in large areas of North America. Their population extends from disjointed populations in Mexico and Florida to almost the entirety of Canada. It has several subspecies, the most notable are the Kermode bear (U. a. kermodei), Florida black bear (U. a. floridanus), Newfoundland black bear (U. a. hamiltoni), and the Cinnamon bear (U. a. cinnamomum). Kermode bears are known as ‘spirit bears’ due to their light-colored coats, whereas cinnamon bears get their name from their brown-rusty coats. Black bears can grow up to 1.5-2 meters tall, and can weigh up to 200 kg. Oversized specimens, occasionally captured, have been found to weigh more than 400 kg, and were almost 2.5 meters long.

American black bear populations are in rude health, being found all over the continent.

The Asian black bears are closely related to their American counterparts, and the two species are more closely interrelated than any other bear species. Asiatic black bears are found across Afghanistan, Pakistan, northern India, the Himalayas, the Indochina region, and eastern China. Notable subspecies of this bear are U. t. formosanus, found in Tibet, U. t. thibetanus, found in Tibet and Northeast India, U. t. laniger, found in north India and the Himalayas, and U. t. ussuricus, found in southern Siberia and Korea. The latter is the largest subspecies, and can grow up to 2 meters in length, and can weigh up to 200 kg, though 100-130 kg is most common.

Asiatic black bears are endangered in several regions, and are legally protected in most countries. Their bones are used in the controversial Chinese traditional medicine, and hence, face severe threats from poachers.

Brown bears are the most successful and varied species of bears in the world. They are found in northwestern North America (Western Canada and Alaska), Russia, Central Asia and the Himalayas, the Middle East, and Mediterranean Europe. It has more than 10 subspecies, including the Kodiak bear, Eurasian brown bear, Himalayan brown bear, Gobi brown bear, etc. Kodiak bears are the largest bears and could be the largest terrestrial carnivore, along with polar bears. Kodiak bears can weigh as much as 700 kg, though 200-300 kg is more common, and can grow up to 10 ft tall when standing erect.

The brown bear U. arctos is one of only two bear species listed as ‘Least Concern’ on the IUCN Red List, the other being the American black bear. In spite of this, many local populations of brown bear subspecies are facing extirpation, or extermination from a particular region. The Marsican brown bear, U. a. marsicanus, is critically endangered, thought to be only consisting of less than 40 individuals in the wild.

Polar bears are related to brown bears, and are possibly the largest land carnivores in the world. They are found around the North Pole, in Siberia, Canada, and Greenland. Polar bears can weight up to 450 kg, and can stand 3 meters tall. They have no known subspecies.

Among all bears, polar bears are unique for two reasons: they are almost entirely carnivorous, and they spend a majority of their life in water. All other bears (except the panda) are omnivorous, and in fact primarily rely on fruits, berries, nuts, etc., for sustenance. Polar bears are born on land, but spend most of their lives at sea. Their disjointed, icy habitat makes this a necessity rather than a luxury.

Polar bears are threatened by habitat destruction and hunting. Its pristine habitat protects them to some degree, but they are listed ‘Vulnerable’ in the IUCN Red List.

The spectacled bear, also called the Andean bear, is the only bear present in South America. It can weigh 150-200 kg, and stands at more than 150 cm or 5 ft. It has no known subspecies. The spectacled bear is largely herbivorous, but occasionally hunts for food, making it South America’s largest terrestrial carnivore.

It is under threat due to an absence of specific conservation efforts, and habitat loss. Spectacled bears are largely arboreal, and are severely affected by a loss of forest cover in their habitat. They are fairly adaptable, but their presence in farmlands incites farmers against them.

Sun bears are found all over Southeast Asia, and are identifiable by the typical crescent-shaped band around their neck. The color of the band may vary from cream to brown, but it is always present. Sun bears are the smallest bear species, weighing in at less than 100 kg, and standing at less than 1.5 m tall. This small size renders them prone to predation from tigers, leopards, and pythons. Sun bears love honey, and are consequently, sometimes, called ‘honey bears’.

Sun bears are classified as ‘Vulnerable’ on the IUCN Red List, and their population is estimated to have dropped by up to 30% in just the last three generations! Their gall bladders, particularly, are valued in traditional Chinese medicine, and many indigenous tribes in Southeast Asia feed on them. They are also adversely affected by habitat destruction.

The sloth bear, also called the labiated bear, is found in northern and western India and Sri Lanka. It has two subspecies: M. u. inornatus, found in Sri Lanka, and characterized by a shorter coat and smaller size, and M. u. ursinus, found in India and Bangladesh. They are generally shorter than 2 meters, and weigh less than 150 kg. They usually feed on insects such as termites, and various fruits.

Sloth bears have a long coat that forms a mane around their faces, and M. u. ursinus have a white mark on their chest. They can be tamed, and have been used for entertainment for centuries. They have a wide range of vocalizations, encompassing more than 25 sounds. This range of vocalization is the widest among bears.

Sloth bears were prized game in Colonial India, and were also preyed upon by tigers, leopards, and dhole packs. These predators stay away from a healthy, adult male, for fear of their particularly long claws. The penis bone (baculum) of sloth bears was once used as a remedy for infertility and barrenness.

One of the most famous animals in the world, giant pandas have become the face of animal conservation movements. They are irreparably adjusted to their particular habitat and diet, and are the most herbivorous of all bears. Their diet consists almost entirely of bamboo, but they sometimes feed on carrion, fruits, and fish. Giant pandas have two subspecies: A. m. melanoleuca, represented by the majority of panda population, and A. m. qinlingensis, found only in the Qinling mountains, and characterized by light brown and black patches instead of the stereotypical white and black.

Pandas grow up to 1.8 m in height, and can weigh as much as 150 kg. Their famously bamboo-reliant diet has deterred conservation efforts, since any relocation would necessitate the presence of bamboo in the new region. As a result, giant pandas are severely affected by habitat destruction.

The weight and height given in this article refers to males. Females may weigh two-thirds, or even half as much as males, and can be half as tall.

In Alaska and Western Canada, an interesting trend has been observed. Polar bears and brown bears have been estimated to interbreed in this region. This estimation is based on the genetic makeup of two bears shot in the region. The behavior of these specimens was reported to be akin to polar bears, though the genetic makeup betrayed a brown bear side. Though this is a relatively more common trend in zoos, its occurrence in the wild is likely to be extremely rare.