Humans have been always intrigued by animal migration and the manner in which they navigate their way to their new territory. This AnimalSake post enlightens you on the different types of migration in animals.

You are here: Home / Uncategorized / Unexpectedly Astonishing Types of Migration in Animals 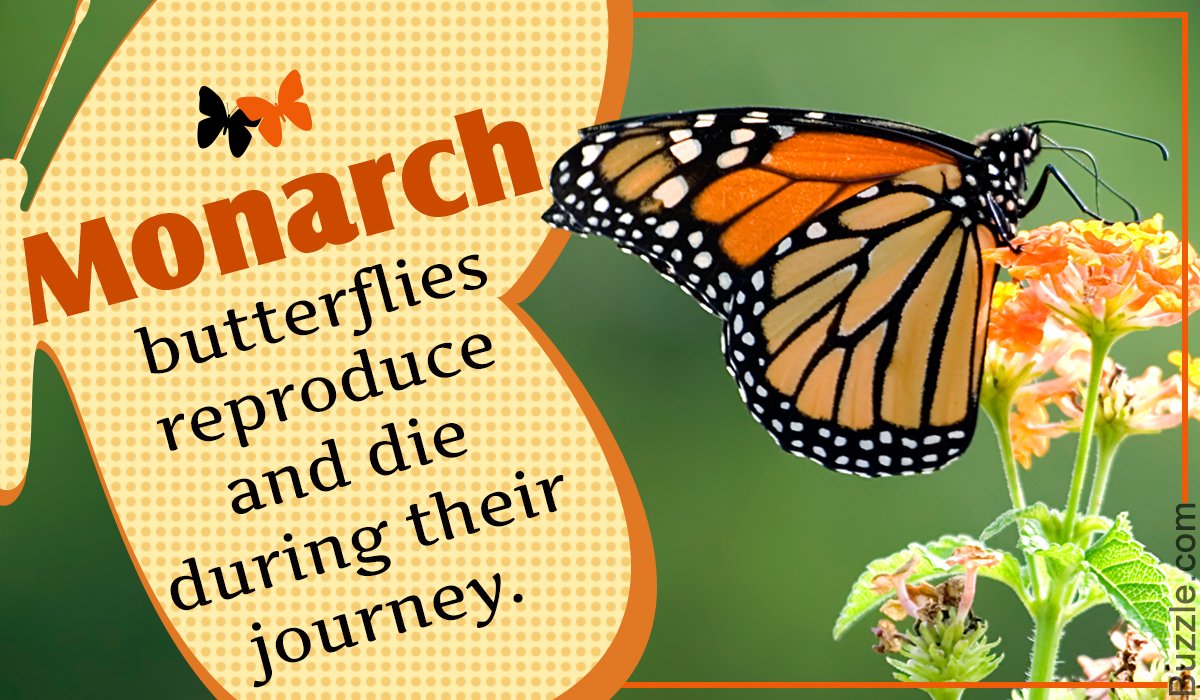 Humans have been always intrigued by animal migration and the manner in which they navigate their way to their new territory. This AnimalSake post enlightens you on the different types of migration in animals.

When migration was not studied, several folklore sprang up to explain sudden disappearance and arrival of animal species in various seasons. The Greek philosopher, Aristotle, proposed that in summer, robins turned into redstarts.

Migration is one of the most fascinating phenomena of animal behavior. At every moment, somewhere in the world, animals are constantly on the move. From mammals to birds, to fish and insects, several species of the animal kingdom embark on distant and difficult journeys across lands, through the waters, and in the air. This long-distance movement of animals from one habitat to the other is known as migration. The phenomenon, however, is not as simple as it seems. Despite a large number of researches on animal migration till date, there is still no generally agreed definition of the term. Nevertheless, what we do know is that several animals travel long distances each year for varied reasons, such as favorable climate, availability of food, or mere safety. In short, migration is crucial for the survival of some animals, and hence, unavoidable.

Many species of animals, including fish and insects, are migratory in nature. Some of them migrate in groups, while some others, migrate individually. Animal migration has been categorized into various kinds as under:

When the migratory pattern of animals depends on the change of seasons, it is known as seasonal migration. Seasonal migration has been further subdivided into three types, viz.,

Animals choose to migrate seasonally, so that they can not only move to more adaptive and favorable climatic conditions, but can also have access to rich sources of food. 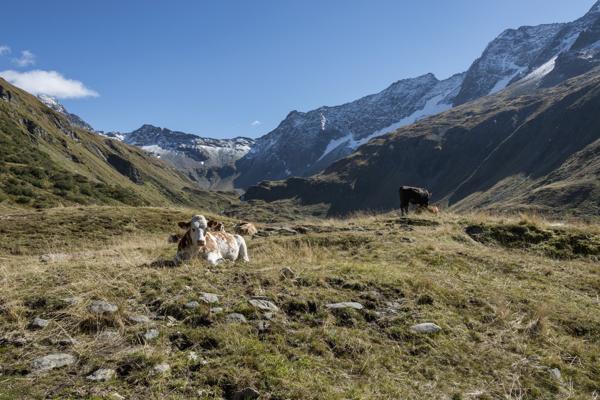 One of the classic examples of seasonal migration is the downward movement of the Rocky Mountain bighorn sheep during winters, where there is less snow and plenty of food. The animals stay at higher altitudes during summer.

Reproductive migration, as the name suggests, happens when animals migrate in order to procreate. There are several species of animals, which tend to leave their original habitat and migrate to distant breeding grounds. This way, they can protect themselves and their young ones from the attacks of predators and can also provide the young ones with suitable climatic conditions during the growth period. 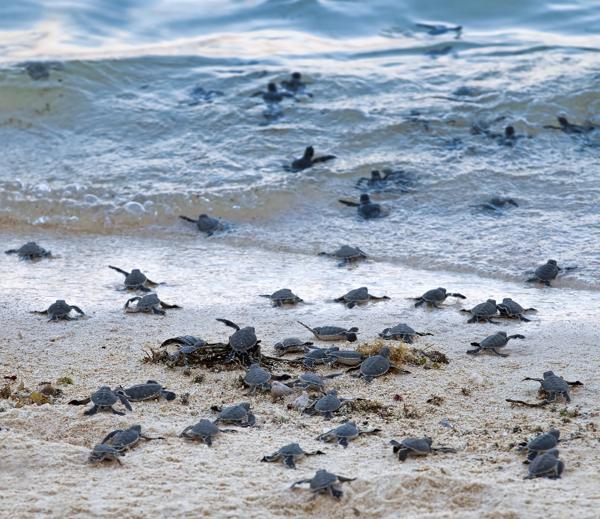 Loggerhead turtles tend to migrate from deep oceans to the coasts, where they lay their eggs in the sand. After the eggs hatch, the young turtles return to the depths of the sea and migrate to the coast during the next breeding season.

Nomadic migration refers to the movement of animals to locations, which are, more often than not, unknown to them. The distance traveled in this kind of migration might not be long; however, the species that might seem to be wandering is actually in quest of adequate food sources. Generally, grazing mammals seem to follow this pattern of migration. 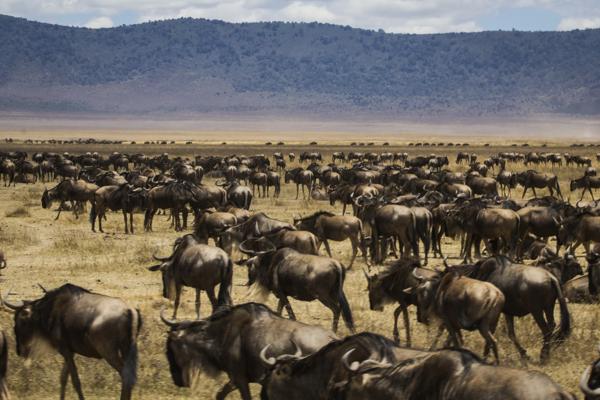 Grazing mammals, such as zebras and wildebeests fall under the category of nomadic migrants, as they are known to wander in huge herds in search of new pastures. 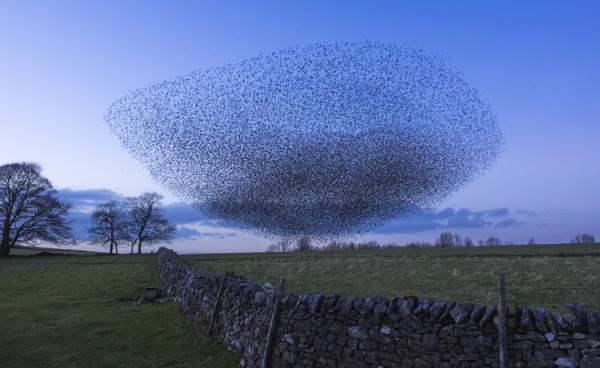 The population of locusts tends to increase really fast, and when it gets too overcrowded, a group of them disconnect from the original swarm and move to a new habitat, where the group then increases in size. The group that cuts itself off the swarm, never returns.

Complete migration takes place when almost all the animals belonging to a particular species, migrate elsewhere during a specific season, especially when they are not breeding. Usually, the species, which are complete migrants, travel incredibly long distances each year, and are generally, known to return to their original habitat. 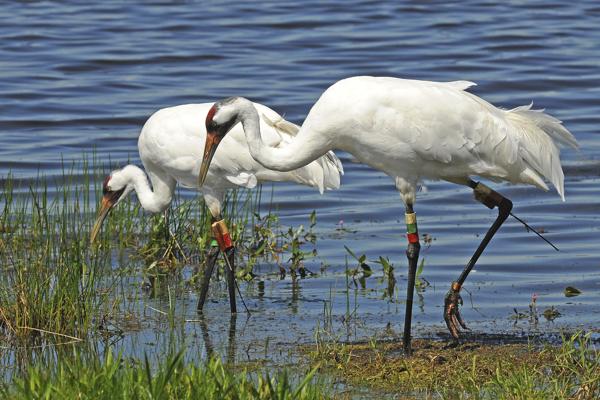 The whooping cranes of North America are complete migrants, in that they all migrate southwards in winter, from the northern habitats which, due to extreme cold, are inhospitable.

Partial migration is, by far, the most common type of migration pattern observed in animal species. It refers to the movement of animals in which only some members of the species migrate to another habitat for a specific season. For instance, a relatively small group of animals may move away from the rest of the species―say in the non-breeding season. 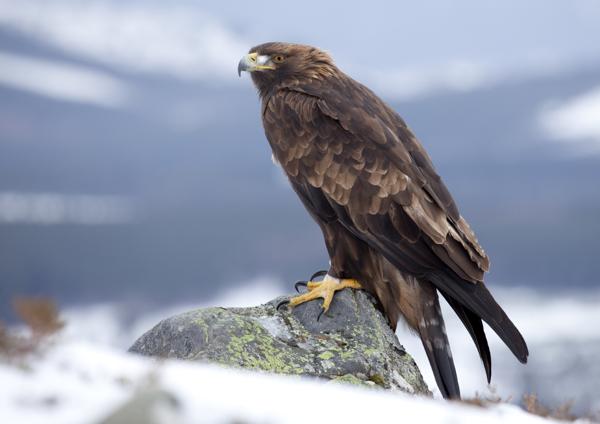 Golden eagles are one of the partial migrants. They stay in their northern habitat range during summer, and head south during winter. However, some prefer not to leave their original habitat.

Multi-generational migration is a rather interesting kind of animal migration, in that the movement spans over different generations of animals. The species involved in this kind of migration, mate in the course of their journey, thus giving birth to their young ones. More often than not, owing to short lifespans, the adults tend to die on the way, and the migratory journey is continued by the next generation of species―the process is ongoing. 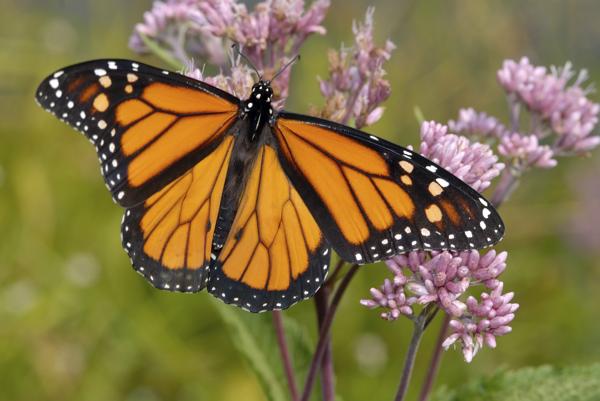 Monarch butterflies, which migrate between the plateaus of central Mexico and southern Canada, reproduce and die on the way. Interestingly, their next generation continues the journey for them.

Irruptive migration refers to the migratory pattern of certain species, which cannot be predicted according to seasons or geography. In other words, it refers to a very irregular pattern of migration wherein, for instance, a species can either completely or partially migrate in one year, and not migrate at all in the next. Generally, this kind of migration takes place when a particular animal species runs out of its supply of food. 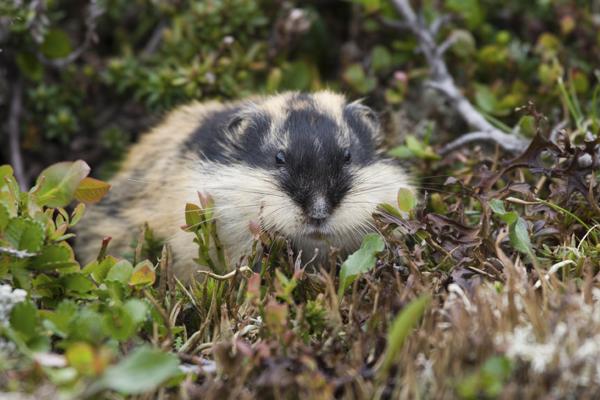 Lemmings of the Arctic tundra are known to be irruptive migrants as they tend to search for new habitats, where they can get adequate food, whenever the sources in their original habitat get exhausted.

Though animal migration can take place in a plethora of forms, as mentioned above, there is one unique thing that unites the entire animal kingdom―the struggle for survival. Though the migratory species seem to have evolved from rather sophisticated mechanisms to reduce risks to their lives during their migratory journeys, it is needless to say that many of them will undoubtedly succumb to the harsh conditions. However, it is absolutely awe-inspiring that a substantial number of them succeed in completing their journeys.