What Do Groundhogs Eat? Not What You Thought

If you are finding it difficult to make sense of people cursing groundhogs for their voracious feeding habits, the following information on what they eat, and why they eat so much, will help you get a better understanding of the same.

You are here: Home / Uncategorized / What Do Groundhogs Eat? Not What You Thought 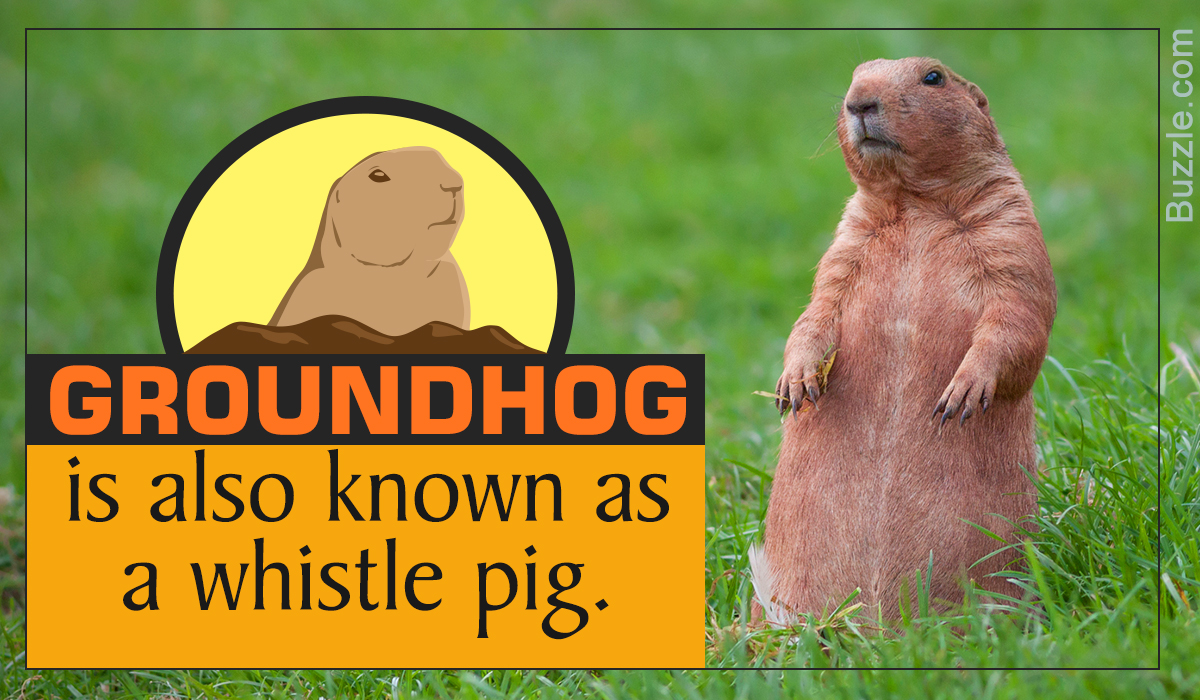 If you are finding it difficult to make sense of people cursing groundhogs for their voracious feeding habits, the following information on what they eat, and why they eat so much, will help you get a better understanding of the same.

Groundhogs (Marmota monax) belong to the family of large ground squirrels known as ‘marmots’. Though they are found all over North America, their highest concentration is recorded in the northeastern and central United States. 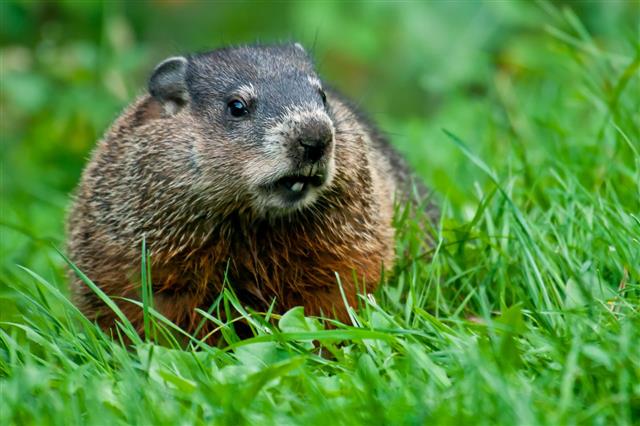 Other than ‘groundhog’, this rodent is also known as land-beaver, whistle pig and woodchuck.

Size of a Groundhog 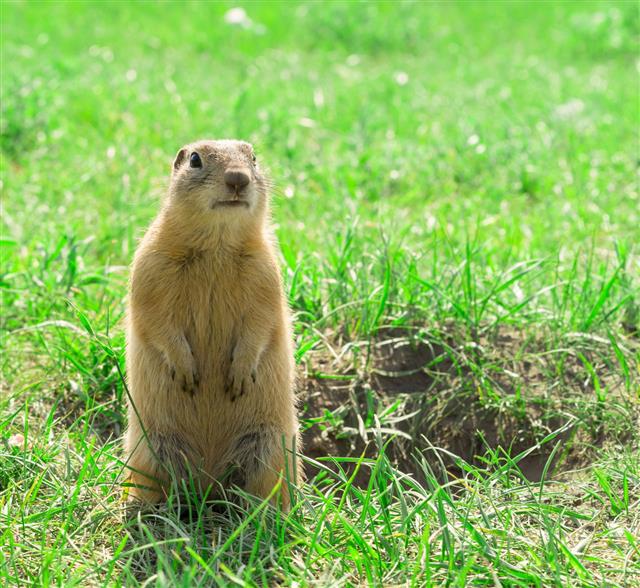 Groundhog measures 16-26 inches and weighs around 4-9 lbs, it is the largest member of the Sciuridae family in this region – something which aptly reflects on its eating habits. On an average, groundhogs eat one-third of their body weight every day, feeding on any plant matter that they come across. While that has earned them the ire of farmers and gardeners alike, it is this very feeding habit that comes to their rescue when they hibernate during the cold months. 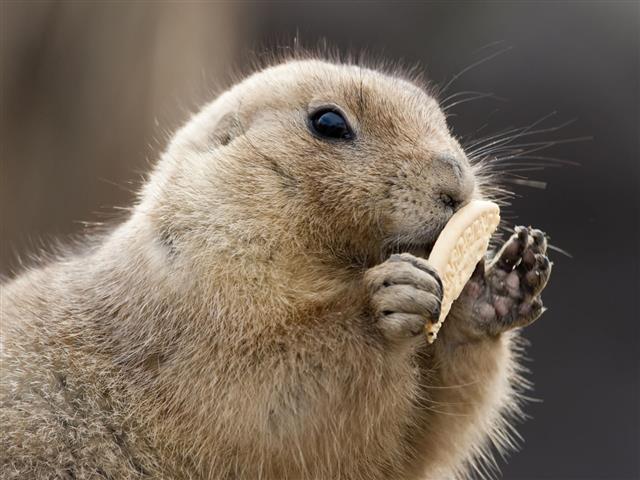 Groundhogs are primarily herbivorous in nature, and feed on a wide range of vegetation – right from grass to agricultural produce. They are known to leave their burrows in search of food in broad daylight. These rodents are often seen eating wild grass, roots, leaves, bark, flowers, fruits, vegetables, etc.

They seldom drink water directly from the water sources, but instead, depend on plants for hydration. Though ground-dwelling, they are known to climb trees to feed on fruits at times.

Groundhog Does Not Store Food 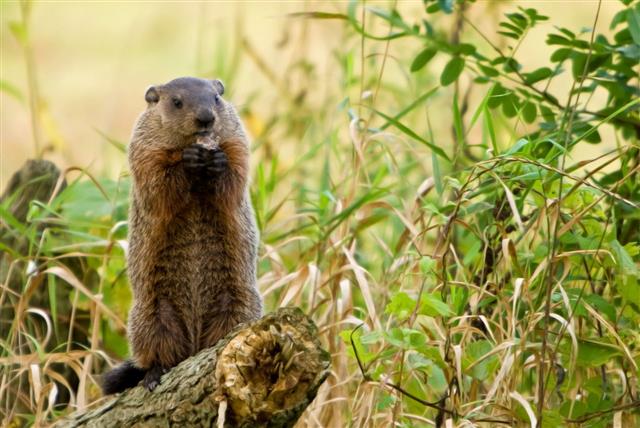 While Groundhogs prefer green vegetation, roots and barks form an important part of their diet as well. They do feed on nuts, but they don’t store them like their cousins, the squirrels, do.

They dig their burrows close to farms, gardens and orchards, so as to make sure that the food is available in plenty at any given point of time. In rare cases, groundhogs also display omnivorous traits by feeding on grasshoppers, grubs, snails, etc. 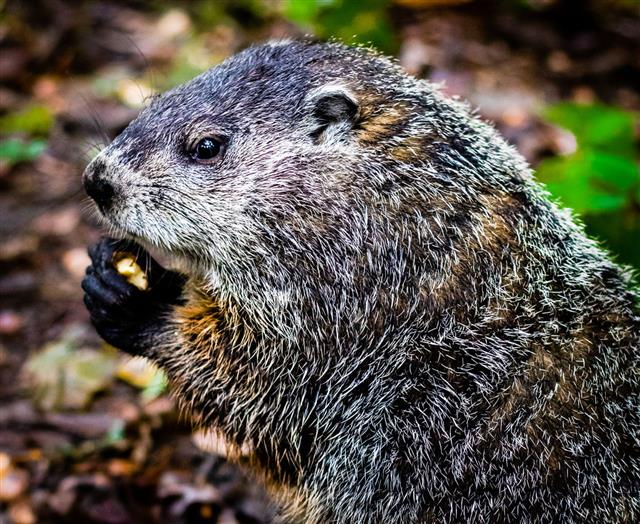 It is a well-known fact that the groundhogs’ diet is not restricted to wild plants alone, but also includes flowering plants and vegetables. Interestingly, alfalfa, lettuce, tomatoes, broccoli, carrots, melons, cucumbers, and other such home-grown vegetables are their favorite foods. These rodents are known to wipe out vast stretches of vegetables with great ease.

A Threat to the Crops 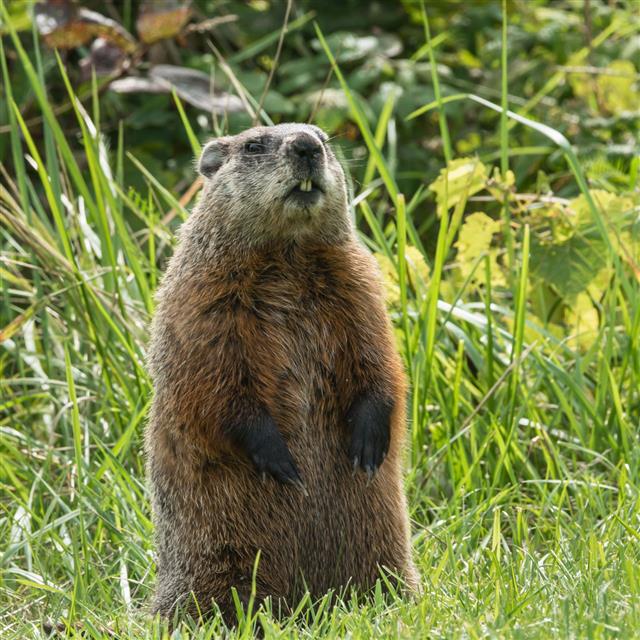 Groundhogs have a great appetite for flowers like marigold, sunflowers, snapdragons, etc. Owing to their tendency of destroying standing plants, they are considered a menace by farmers and gardening enthusiasts in North America.

One of the lesser known fact about groundhog is that they only eat voraciously during the warm months of the year. During the cold months, they go into hibernation wherein they stop eating completely for a brief period. 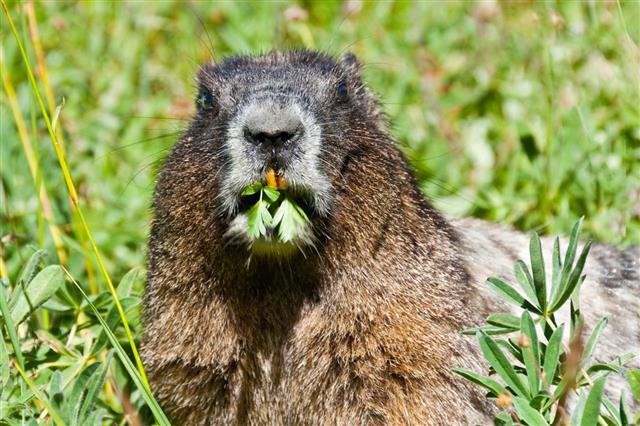 If the groundhogs have earned notoriety for being voracious eaters, it is due to the fact that they eat a lot during the warm months of the year. The fact is that groundhogs are ‘true hibernators’, and their voracious dietary habit acts as an adaptation which helps them sustain in the cold months to follow.

The Period of Hibernation 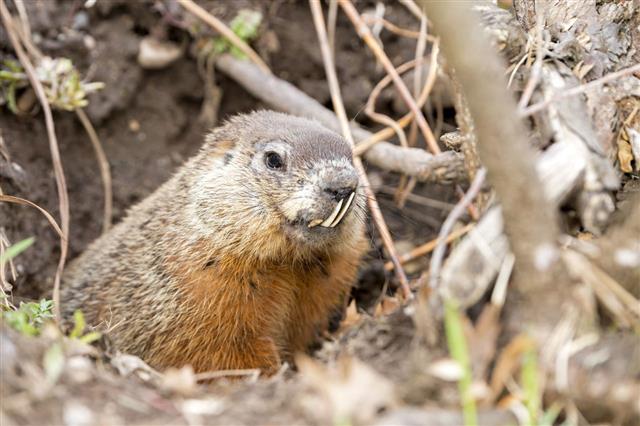 Groundhogs hibernate from the months of October to April by building special burrows below the frost line. (The time frame of hibernation may vary depending on the climate. In some regions, they hibernate for almost half of the year, while in other regions they hibernate only for 3-4 months.)

When they come out from hibernation, they are greeted with greenery all around and plenty of food to feast on.

Other Factors Affecting their Diet 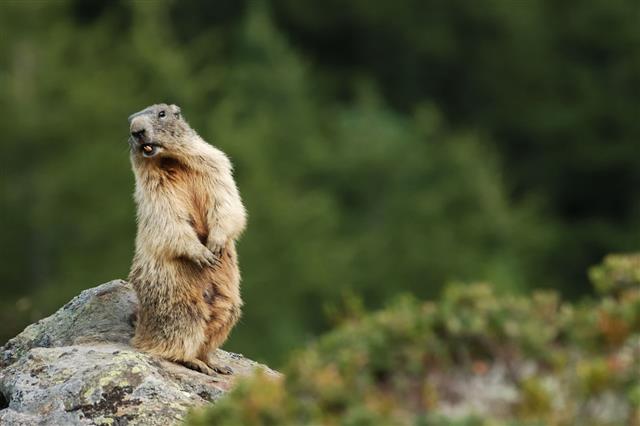 While hibernation is one of the major factors which influence a groundhogs’ diet, quite a few other factors do exist. Seasonal availability of food, for instance, has a crucial role to play in determining what they eat. While fruits and vegetables form a major chunk of their diet in summer, flowers are considered a delicacy in spring.

Continuous feeding helps the groundhogs keep their incisors properly trimmed. Like other rodents, groundhogs sport large incisors as well which continue to grow throughout their life. If left unattended, these incisors become abnormally large, eventually making it impossible for the animal to feed.

When groundhogs chew their food, especially the roots and barks of trees, these incisors are subjected to wear and tear, which ensures that they are kept in proper condition.

With their tendency to feed on every plant that they come across, it isn’t surprising that groundhogs often come in conflict with humans. That though, hasn’t affected their population much, and this ‘pest’ continues to thrive in North America.

The fall in numbers of wolves and other animals that prey on groundhogs has only contributed to a rise in their population, and therefore the species is enlisted as a ‘Least Concern’ species by the International Union for Conservation of Nature (IUCN). 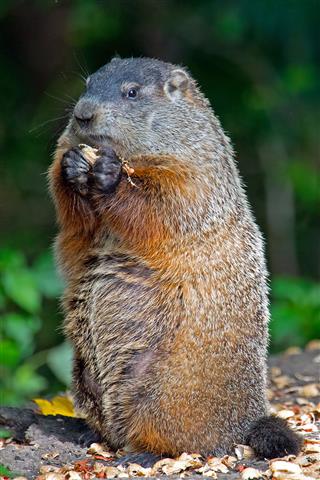 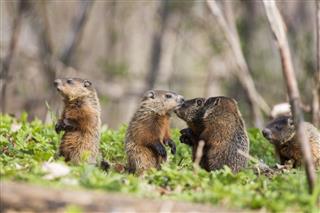 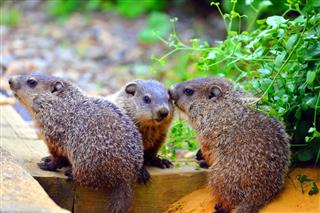 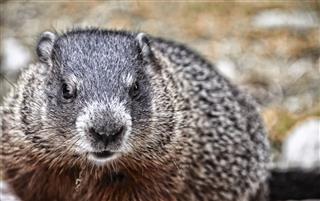 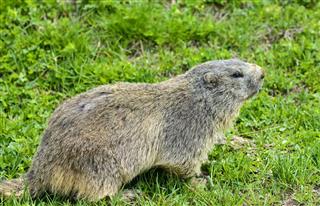 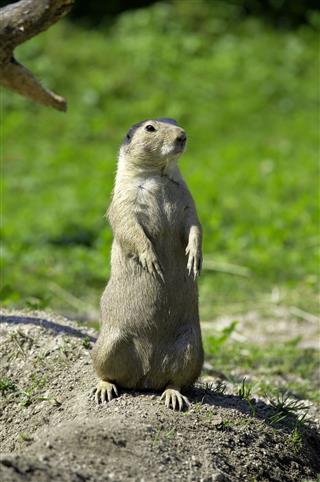 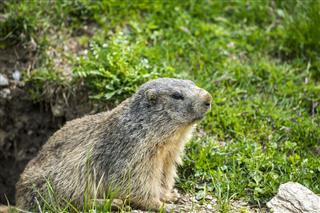 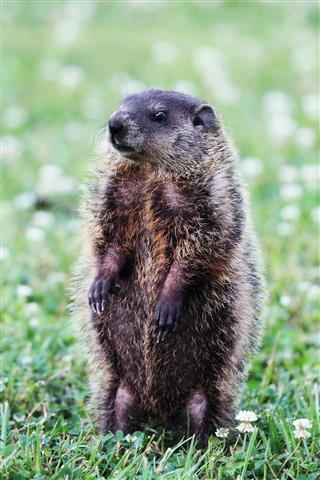 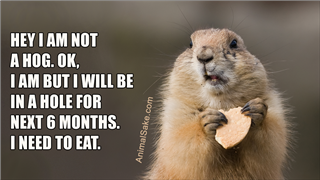