What Do Pigs Eat? Diet Patterns of These Omnivores

Being omnivorous, pigs feed on both plant and animal matter. Here is a brief overview about the diet of wild and domestic pigs.

You are here: Home / Uncategorized / What Do Pigs Eat? Diet Patterns of These Omnivores 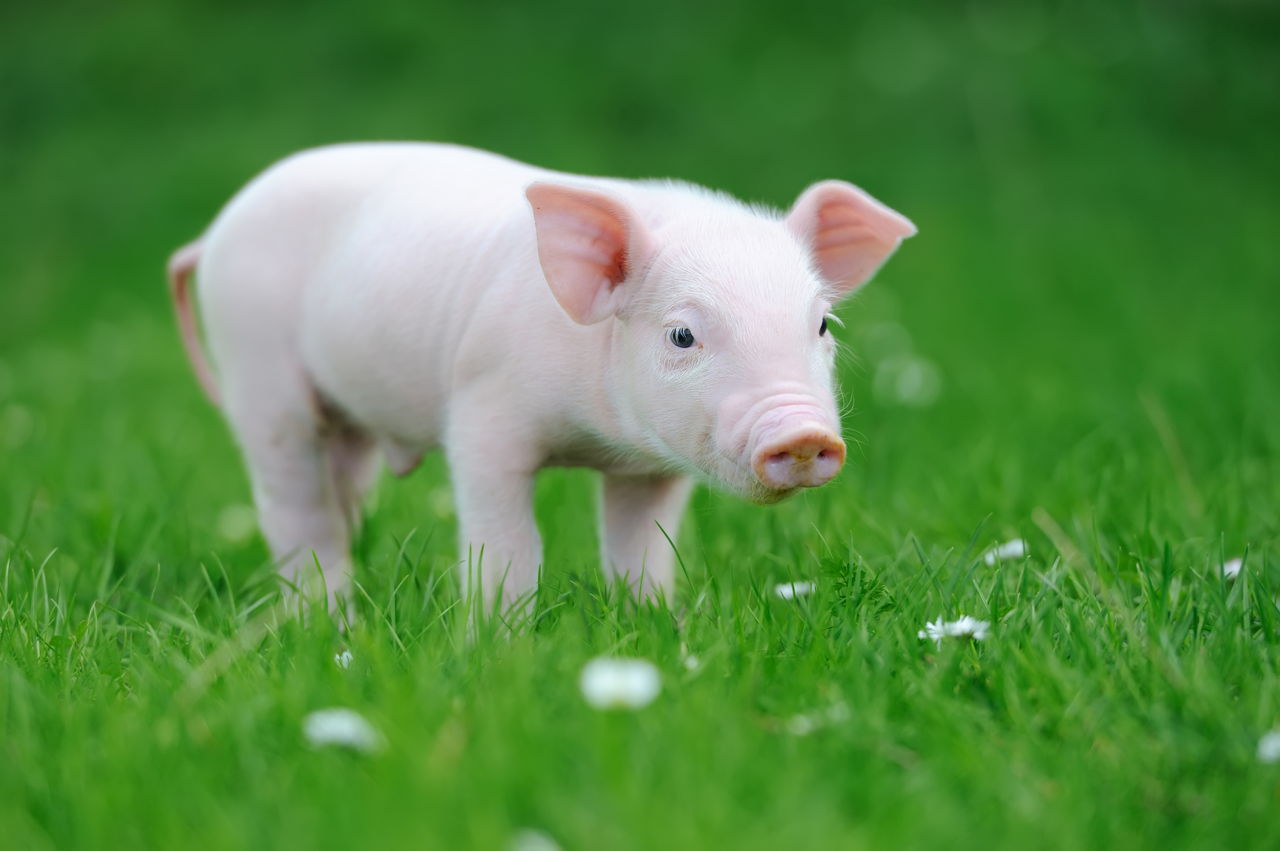 Being omnivorous, pigs feed on both plant and animal matter. Here is a brief overview about the diet of wild and domestic pigs.

Pigs belong to the genus Sus and family Suidae. This genus consists of various pig species, like the domestic ones (Sus domestica) and the wild boar. It is believed that, domestication of pigs started around 6000 BC.

While most of the pig species are domestic, some live in the wild. Even though, pigs feed on almost everything that comes in their way, domesticated ones require a well-balanced diet. Pigs are categorized as omnivores, as they feed on both plant and animal matter. Apart from eating foods, like flowers, fruits, leaves, grass, roots, mushrooms, and tree barks; wild pigs scavenge and feed on garbage, worms, dead insects, and carcasses as well.

Their diet includes small birds, rats, rabbits, eggs, etc. Even nuts, like pecans and acorns are consumed by these animals. It has also been observed that, sometimes, newborn pigs are consumed by their mother. In short, they eat almost all sorts of food, which are offered to them or come across them. The long snout of pigs are strengthened with bones, so that they can dig in soil and find food. Even their sharp canines help them in finding and consuming food.

In the wild, they feed on everything, according to their needs. In case of domesticated pigs, it is very important to understand their food requirement, and provide them with a proper diet. Unlike cattle and goats, pigs have a single stomach and are categorized as non-ruminant animals. They need foods rich in energy, so that they can grow rapidly.

It is always better to feed them with a concentrated grain diet, which is low in fiber, but fortified with protein supplements. So, pigs have to be fed with farm grains, like corn, oats, barley, and wheat. Corn is considered one of the best foods for pigs, as it is a good source of digestible carbohydrates, and contains less fiber. Apart from that, pigs like to feed on corn. They can also be fed with soybean meal, hay, and vegetables, like carrots and potatoes.

However, never forget to supplement their diet with vitamins and proteins. While meat is the main source of protein for pigs, it is not recommended for domestic ones that are raised as livestock. This is due to the risk of diseases which may transmit to pigs through meat. So protein supplements are recommended for such pigs. The protein level in their diet must increase as they grow. Sometimes, dried whey is included in pig food, as a source of protein.

Calcium supplements are also recommended for pigs. Even commercial pig food can be used to feed these animals, but include lots of fruits and vegetables, along with such food. If such food is not fortified with vitamins and proteins, you have to take care of that too. Pigs need a regular supply of fresh and clean water, as water shortage and dehydration may affect their survival. Care must be taken to clean the food and water troughs daily.

In short, pigs need high-energy foods, which are low in fiber, along with a supply of clean and fresh water. This is only a brief overview about the diet of pigs. It will be better to consult a vet for more information about the feeding requirement of specific pig breeds.