What Do Stingrays Eat? Find Out Here

Stingrays have an unfair reputation of being aggressive, thanks to their venomous spines. The severe pain caused by stepping on one makes us wonder what such a fish might eat.

You are here: Home / Uncategorized / What Do Stingrays Eat? Find Out Here 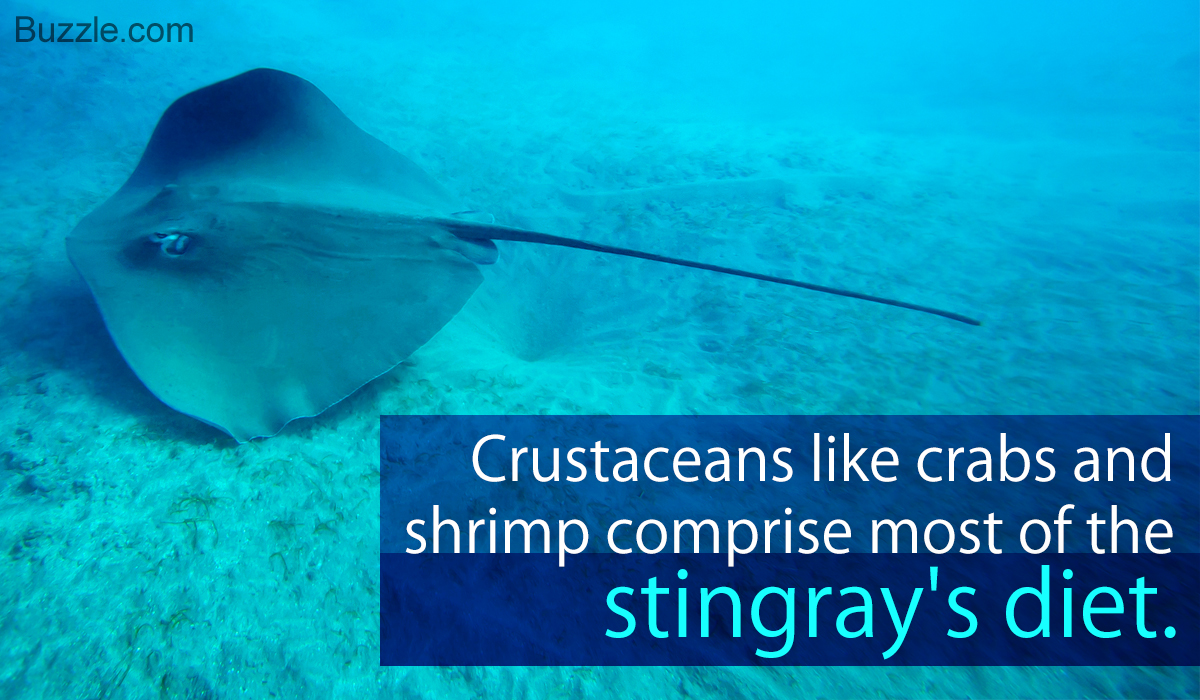 Stingrays have an unfair reputation of being aggressive, thanks to their venomous spines. The severe pain caused by stepping on one makes us wonder what such a fish might eat. 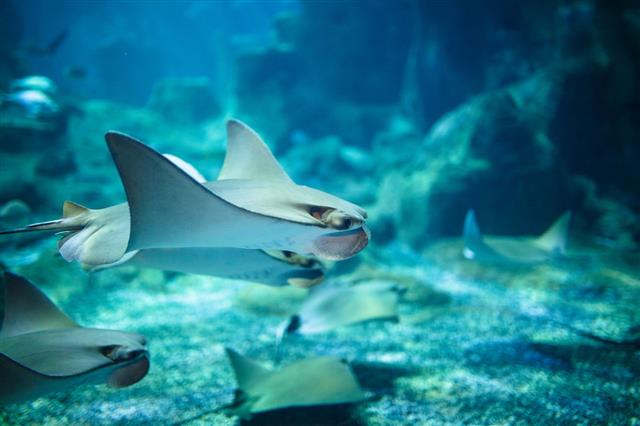 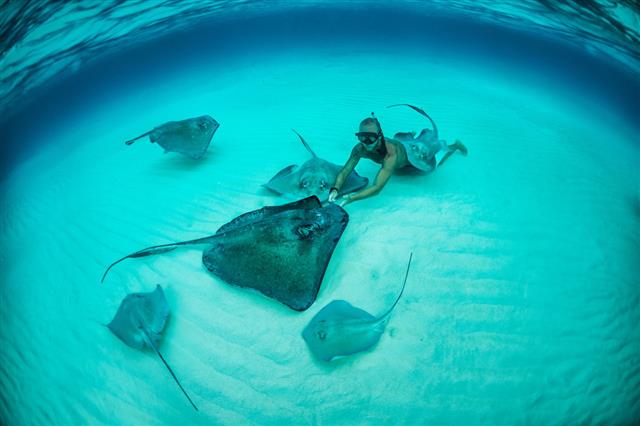 Stingrays are known to visit ‘cleaning stations’, where small fish remove and eat any parasites from the ray’s body. This way, the ray gets rid of parasites, and the cleaner fish finds a meal too.

Stingrays are flat, marine fish, named after the barbed spines, or stingers present on their long tails. They are related to sharks, and both fish, despite their fearsome reputation actually have a skeleton made of cartilage. In fact, the stingray even has cartilaginous teeth, though these are extremely powerful, because they are reinforced with different types of cartilage. Until recently, very little was known about stingray behavior, since they spend most of their time hidden on the seabed, and become active only at night. However, their rising popularity in aquariums has resulted in an increased curiosity about this fish, especially its feeding habits. So what do stingrays eat? Let’s find out.

► They also consume molluscs such as clams, snails, squid, mussels, and oysters.

► Apart from this, stingrays, especially freshwater species, consume insects like mosquitoes and their larvae. In fact, some types of rays have evolved to survive on insects alone. Annelid worms and jellyfish also form a part of their diet.

► Most stingrays are benthic feeders, meaning that they hunt at the bottom of the ocean. They stir up sand on the seabed by flapping their fins, or forcing jets of water from their gills, to uncover hidden prey. They also lie concealed under the sand to ambush anything that comes close enough.

► Upon spotting any prey, they suck it up by forming a vacuum with their mouths, and crush it with their strong jaws lined with several rows of broad teeth. Then, the prey’s soft flesh is swallowed, while any sharp or hard parts are regurgitated.

► Some pelagic stingrays hunt in the upper waters of the oceans to catch bony fish like sardines, salmon, anchovies, pufferfish, mackerel, and even plankton. Some species have even been observed using their pectoral fins to ‘hold’ fish while consuming them.

► In places like the Grand Cayman island, stingrays have become so accustomed to humans that they directly accept food from tourists standing in waist-deep water.

► When reared in captivity, they have to be fed at least two to three times a day, as they have a high metabolism rate.

► Young rays can be fed with live Tubifex worms and blackworms.

► As they get older, they can be fed with krill, oysters, squid, and fish. However, these items should be given whole, i.e., without chopping, gutting, or processing, so as to ensure that they resemble the ray’s natural diet.

► Captive stingrays should also be fed with terrestrial food like earthworms. Since earthworms vegetation, they have a high nutritional value for the ray, and being terrestrial, lack the ray’s natural parasites.

► Since rays have a small mouth, worms should be chopped to the right size before feeding. If the ray is observed repeatedly ingesting and spitting out food, this means that the morsels are too large for its mouth.

► Providing frozen food is advisable, as freezing kills any parasites that could infect the stingray. However, such food should be soaked in a vitamin supplement beforehand, for thawing it and adding valuable nutrients.

► Observe the stingray to see if it consumes all the food given to it. Its spiracles (openings near the eyes) will rapidly move to eject water if it is feeding.

► Provide food in sufficient quantities only to avoid wastage, as accumulated food can decompose, releasing nitrogenous waste into the tank.

► While feeding captives, use a pair of long metal forceps to avoid injury by the stinger.

To conclude, it can be said that the stingray diet mostly consists of invertebrates hiding on the ocean floor, occasionally supplemented with fish. According to scientists, stingrays play an important ecological role, as their habit of disturbing sand on the seabed also uncovers prey for other animals, and releases nutrients trapped in the sand.