Where do Blue Whales Live?

Human infiltration into the territory of blue whales, has almost driven them to the verge of extinction. These beautiful, massive and amazing creatures now inhabit only a small part of the oceans. Scroll below to learn where these magnificent ocean titans reside.

You are here: Home / Uncategorized / Where do Blue Whales Live? 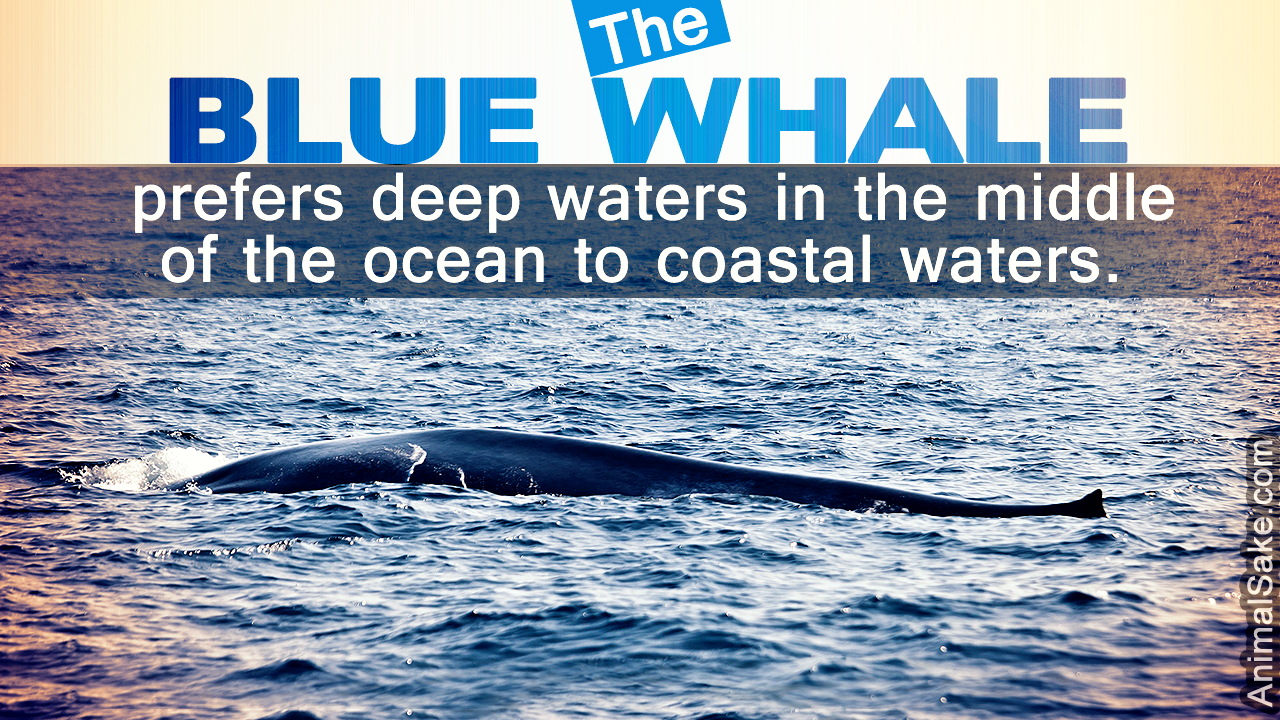 Human infiltration into the territory of blue whales, has almost driven them to the verge of extinction. These beautiful, massive and amazing creatures now inhabit only a small part of the oceans. Scroll below to learn where these magnificent ocean titans reside.

In nature, size is not an indication of temperament. The largest animals can be the gentlest of creatures and the reverse is also true. In this article, we take a look at one of nature’s largest sea-dwelling members, the blue whale and where it resides in oceans around the world.

The blue whale is an oceanic animal, preferring deep waters in the middle of the ocean to coastal waters. They reside in temperate and cold water regions. As such, they can be found in all large water bodies of the world, which include the Pacific Ocean, Antarctic Ocean and the Atlantic Ocean. Unfortunately due to hunting and man’s marine activities, these gentle giants have decreased in population and are rarely seen in some water bodies.

In the Northern Hemisphere of the world, they are seen in the northeast parts of the Pacific Ocean, from Alaska to Costa Rica. They can migrate towards the northwest region of the Pacific Ocean, towards Japan, but their sightings in this region are rare. Blue whales can also be found in the North Atlantic Ocean, in the waters near Greenland, Newfoundland and Nova Scotia.

In the Southern Hemisphere, their presence is rare and their population is low. The Antarctic Ocean was the location for a large number of blue whales. But after whale hunting started in the 1960s, their numbers dwindled heavily. Small populations reside mainly in the Antarctic Ocean and in some parts of the Indian Ocean. They are rarely, if ever, seen in the Bering Sea or the Gulf of Alaska.

Their occurrence in particular locations can depend on season. These whales feed heavily during the summer in polar waters, and can be found near the Channel Islands, Monterrey Bay, and the Farallon Islands. As winter approaches, they will travel a great distance towards warmer temperatures, by moving towards regions near the Equator, such as along Mexico and Costa Rica.

Fact File of the Blue Whale

Interesting Tidbits about the Blue Whale

It is difficult to say how many of these majestic denizens of the deep blue are left in the world. It is hard to track and count their population. They also have a low rate of growth, with females giving birth to just one calf in 2-3 years. And while legal and illegal whaling of the blue whale has been banned, there are other man-made threats. Global warming, polluted oceans, changing ocean temperatures and fishing threaten their population in the oceans, today.