The Heart-wrenching Truth About Why Pink Dolphins are Endangered

Increasing contamination levels in the Amazon river has spearheaded the risk of their extinction. Gold mines require mercury for their mining processes, which is then discarded as waste into the rivers. Water pollution from coastal factories kills small river fish, which is the food source for pink dolphins. Lack of fish in the rivers causes dolphins to swim away in search of food and end up being caught in long ocean nets.

You are here: Home / Uncategorized / The Heart-wrenching Truth About Why Pink Dolphins are Endangered

Increasing contamination levels in the Amazon river has spearheaded the risk of their extinction. Gold mines require mercury for their mining processes, which is then discarded as waste into the rivers. Water pollution from coastal factories kills small river fish, which is the food source for pink dolphins. Lack of fish in the rivers causes dolphins to swim away in search of food and end up being caught in long ocean nets. 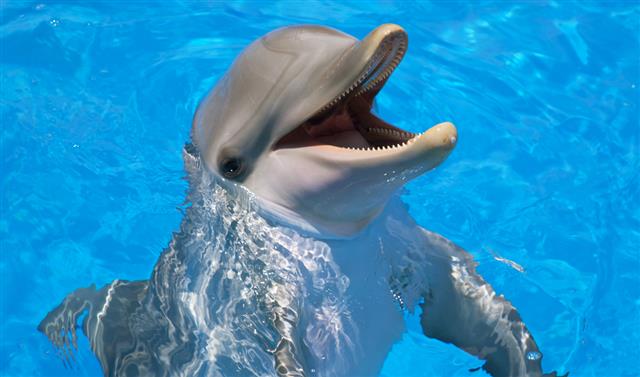 While ocean dolphins possess a dorsal fin, pink dolphins have humps on their backs instead of dorsal fins.

Pink dolphins, also popularly known as Boto, Bouto or Amazon river dolphin are a type of dolphin species living in the Amazon rainforest with bodies well adapted to the Amazon river. They are also commonly found in the streams and main rivers of the Orinoco river systems; the upper Madeira river in South America and Pearl river of Hong Kong.

Some may mistake these dolphins for albino dolphins, however, these belong to the genus Inia, with Inia geoffrensis, as their scientific name, and are not same as the dolphins seen in the oceans. Instead, these are the most popular of the five dolphin species, that are river inhabitants and are distantly related to ocean dolphins (belong to different families).

When pink dolphins get excited, they turn all pink, just as if they were blushing!

Most of the pink dolphins are pink, however, their color may vary from pink, murky-brown, creamy-white to blue-gray and gray. Born as gray-colored, these develop a pinkish tinge as they enter adulthood. Some scientists believe that the pink coloration can be credited to the dolphin’s diet comprising crabs and shellfish, which contain a red pigment in their muscle tissues. The presence of large number of blood capillaries, near the surface of the dolphin’s skin can also be another reason.

Why are Pink River Dolphins Endangered?

Pink dolphins are the last of the five other river dolphin species, as the others are almost practically extinct. As recorded by Brazilian scientists, their numbers have declined greatly since 2000. Researchers believe that these species are declining at the rate of 10% every year. The International Union for Conservation of Nature, an international organization based in Gland, Switzerland has listed them under the endangered species category.

Pink dolphins do not have any natural enemy. They are known to have a brain capacity 40% larger than humans; have lived in harmony with the Amazon people for centuries and are the friendliest of the dolphin species. There are several stories of dolphins helping drowning people and pushing them to the shore. However, these wonderful creatures do not get this friendly gesture in return. Urban and economic development, water pollution, etc. have made this dolphin’s survival difficult.

Pink dolphins are creatures of curiosity and approach vessels in the rivers. Oft they are hit by the vessel’s propellers and rendered hurt. The overload of boats in the rivers increases the risk of dolphins being hit. The noise pollution caused by the boats and vessels, has resulted in the production of a disorienting phenomenon in the dolphin’s navigation system, which has resulted in the death of many.

Destruction of the Tropical Rainforest

Humans are destroying the pink dolphin’s natural habitat, which is the South American tropical rainforest. This loss of habitat and destruction of the rainforest ecosystem, due to commercial agriculture, oil extraction, etc. is gradually forcing pink dolphins towards extinction.

The government’s plan to build several hydro-electric dams in the Amazon region has added to the fears of pink dolphin’s becoming extinct. Hydro-electric dams are dangerous because their construction results in the isolation or divide of the dolphin groups. It will lead to two sets of dolphin populations on either side of the dam, thereby resulting in lower breeding rate.

A large number of dolphins get caught in fishing nets and lose their lives. Getting accidentally entangled in fishing nets, is the most common reason for dolphin mortality. Gill nets used by commercial fishermen, are the ones that are highly dangerous for the lives of the dolphins. Fishermen commonly view dolphins as competitors to their fish and moreover a nuisance. According to the fishermen, these dolphins get stuck in their nets and eat all their fish, which is why they kill them.

The indiscriminate capture of dolphins for fish bait, has also ignited the extinction of this species. Dr. Vera da Silva, a biologist at the National Institute of Amazonian Research in Manaus, said that the adoption of fishing techniques, from Colombia has resulted in this tragedy. She also adds that the number of dolphins’ mutilated bodies, with missing fins is on the rise (only the fins are used as fish bait). People are so barbaric that they even puncture their bodies for sadistic pleasure.

Thailand is known to catch pink dolphins and place them in dolphin lagoons or dolphinariums. They also train these dolphins to perform at shows, to entertain people, thereby minting lots of money off these creatures. In captivity more than 50% dolphins are seen to die within 3 months of time and those that survive have a very low lifespan as compared to those in the wild. Catching dolphins from the wild for dolphinariums is also another reason for the depleting numbers of pink dolphins.

Pink dolphins are also hunted down by fishermen to reduce the number of fish predators. This means if there aren’t many river fish-consuming creatures like river dolphins, higher will be the river fish numbers available in the rivers, for them to catch and sell. So fishermen try to get rid of the dolphins to reduce the natural predators of river fish. How brutal!

Natural disasters like drought are also seen to hit pink dolphin numbers in the Amazon river. In the year 2010, one of the severest forms of drought hit the Amazon rainforest. Impact on pink dolphins (numbers reduced by half) and other wildlife was also severe, due to the low water levels. This drought is nothing but the result of rising global temperatures. The world’s ecosystem has been affected on the whole, which is now turning into repercussions like drought.

Various volunteer programs and societies like the International Society for the Preservation of the Tropical Rainforest (ISPTR) have dedicated themselves to the novel cause of saving these pink, friendly dolphins. However, it is the responsibility of each one of us to live and let live! We cannot continue living such selfish lives. We must be drawn by a concern for other inhabitants of this planet as well.