We all are fascinated with the idea of keeping wild animals as pets, at first it may seem quite attractive; however, it does require a lot of hard work to maintain these animals, not to mention the risk associated with them. We will talk about the risks associated with keeping wolves as pets.

You are here: Home / Uncategorized / You Probably Don’t Know the Risks in Keeping Wolves as Pets

We all are fascinated with the idea of keeping wild animals as pets, at first it may seem quite attractive; however, it does require a lot of hard work to maintain these animals, not to mention the risk associated with them. We will talk about the risks associated with keeping wolves as pets. 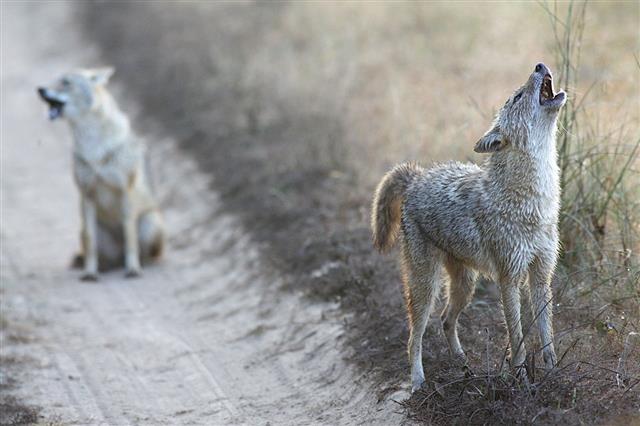 The DNA of a domestic dog and a gray wolf differs by only 0.2%. But this seemingly insignificant difference creates hormonal changes that result in vastly different behavior. Wolf pups are always born in the spring or early summer as they breed only once a season, while dogs breed twice a year and can produce pups at any time.

Today, it is not very surprising to hear someone owning a tiger or a leopard or a wolf. The bottom line in case of all exotic pets, small or large, is that they cannot be domesticated. They are wild animals and are best suited to the wild. Now, if we restrict our argument only to wolves and the possibility of them being domesticated, you won’t have a wolf who will love you, protect you, and care for you.

They do not make good pets, they pose health and safety risks to any individual who comes in contact with them. They require extensive caring that an average person may fail to provide. You need to first reassess your need to own a wolf as a pet, its physical and social environment can never be replicated at home. To further my point, here are some of the risks associated with owning a pet wolf.

Wolves are aggressive by nature

People often believe they can treat wolves the same way like they treat a dog. However, wolves are known to be more aggressive in nature than dogs. A wolf hybrid is nowhere similar to a dog, and hence, cannot be treated like one. Many times, people are delighted to see a well-trained, behaved wolf in a movie, or some show, they quickly decide that they too want one. The point which they are forgetting is, keep a wolf in captivity is not going to benefit the animal whatsoever.

Feeding a wolf can be expensive

For the first two or three weeks wolf’s pup needs to be fed bottled milk; however, your pet wolf’s diet won’t suffice with dog’s food. You need to feed it at least two to five pounds of quality meat everyday. Can you afford that? Are you ready to spend to keep them as a pet?

Highly unpredictable with kids around

If you have children at home, then think 10 times before even buying a hybrid. Wolves love to play with small babies, they even carry them by their neck or head, like they carry their own pups, so this may unintentionally turn tragic. Wolves are possessive, so if you try to take the child away from it, they may become hostile and turn aggressive. Wolves are not accustomed to baby crying, running, and jumping, they may get scared and chances are high that they may end up attacking the kid. So, you really need to reconsider your decision.

Wolves are prone to many diseases

These wild animals are prone to many diseases, which can be easily transferred to humans. Diseases like Salmonella, monkey pox, rabies, which these animals carry, can be life-threatening to any individual. Rabies are very common among wolves, which can harm them and you too. There is no sanctioned rabies vaccination for wolves.

Keeping wolves as pets is illegal

It is illegal to keep wolf as a pet in Connecticut, Alaska, Hawaii, Idaho, Louisiana, Massachusetts, and, Rhodes island. The states that permit ownership make it compulsory for owners to apply for a permit, mandate registration. You can take your city clerk’s assistance, and, check them if the law in your state/area allows keeping a wild animal as pet. Legal or not, many still they buy such pets through Internet sites, or maybe illegally. 21 states including New York, California, Connecticut, Georgia, etc., have banned keeping wolves as pets. Florida, Louisiana, Nebraska, have a partial ban on ownership of certain animals. States like Missouri, Texas, North Dakota want owners to apply for a permit or a license from the relevant state agency.

They are very difficult to train and may misbehave

They look cute when they are small, but don’t forget, fully grown wolves weigh about 200 to 300 pounds. It’s not easy to domesticate a wolf, you can’t expect it to listen to you just like a dog obeys his master. Wolves are known to live in packs, and one of them is an alpha-male, which guides and orders the others in the pack. In your house, you will have to be the alpha-male, and your pet should understand that. It should not be the other way round. Wolves are like cats, if you pester them for one thing, they might just get bored and not listen to you, or pay attention.

Wolves are fiercely territorial and can be aggressive against intruders

Since they are from the wild, the one thing which they are good at is attacking. Wolves are highly unpredictable in nature. They are highly territorial in nature and will not entertain any stranger entering it. That’s why it is advisable not to keep two males in one enclosure. Their behavior is uncertain, and you never know when they may act aggressively.

They can pose a threat to your neighbors and other pets

Wild animals like wolves are best left to their natural habitat, and not bred in captivity as pets. Their nature is wild and can be potentially dangerous to any human being or other animals. You certainly can’t blame them for attacking you or others, this is the way nature has made them. It’s very difficult to tame and train them, as they do not adjust well to a confined environment. They need their freedom, especially a wolf, it’s a terrible idea to keep them as pet. So, even if you are planning to keep one, think about it twice, and know what you are getting into.